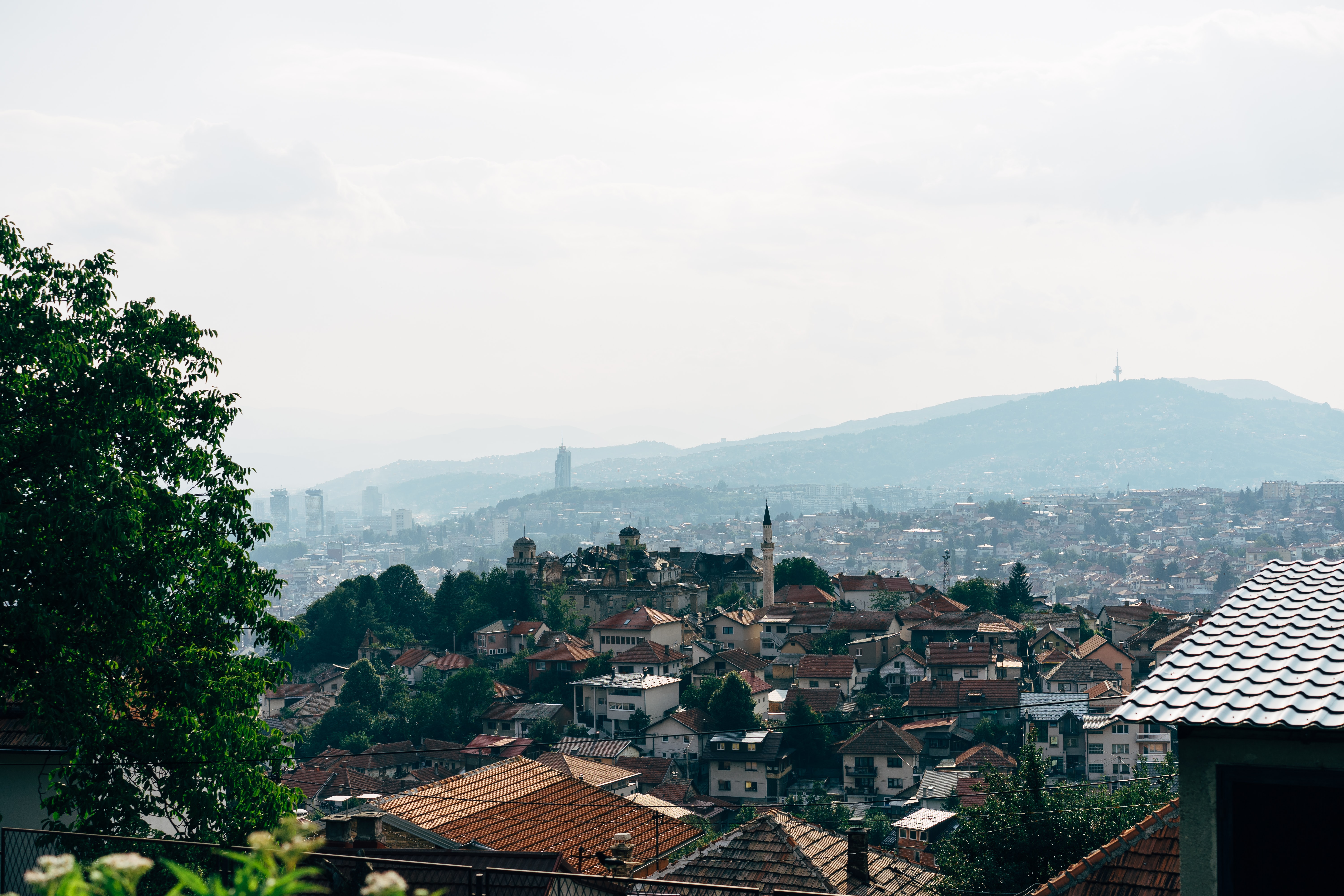 City of Sarajevo, Bosnia and Herzegovina (photo credit: Markus Winkler via Unsplash)
Peace has no price, the Serb member of Bosnia & Herzegovina's tripartite presidency Milorad Dodik said after his meeting with Serbian President Aleksandar Vucic in Belgrade on October 23, taking a conciliatory tone in contrast to his recent rhetoric. [...] After weeks during which Dodik increasingly employed rhetoric that alarmed both local Bosniaks and Croats, and the international community, there now appears to be a will to calm the situation. After the meeting, Dodik said that peace in the country “has no price” and that he is not ready to sacrifice peace for Bosnia’s Serb entity Republika Srpska. [...] Dodik said on October 8 that Republika Srpska will withdraw its representatives from the joint armed forces, then from the top judicial body and the tax administration. He reiterated the threat on October 14, and also warned that if  sanctions are imposed Republika Srpska will declare its independence from Bosnia.  Prosecutors in Bosnia responded by launching an investigation into Dodik for “undermining the constitutional order”.  Mirko Sarovic, president of the Serb Democratic Party (SDS), the largest and strongest opposition party in Republika Srpska, said that it was obvious that Dodik had been clearly told that unilateral decisions were out of the question.
Read the full article here: BNE Intellinews