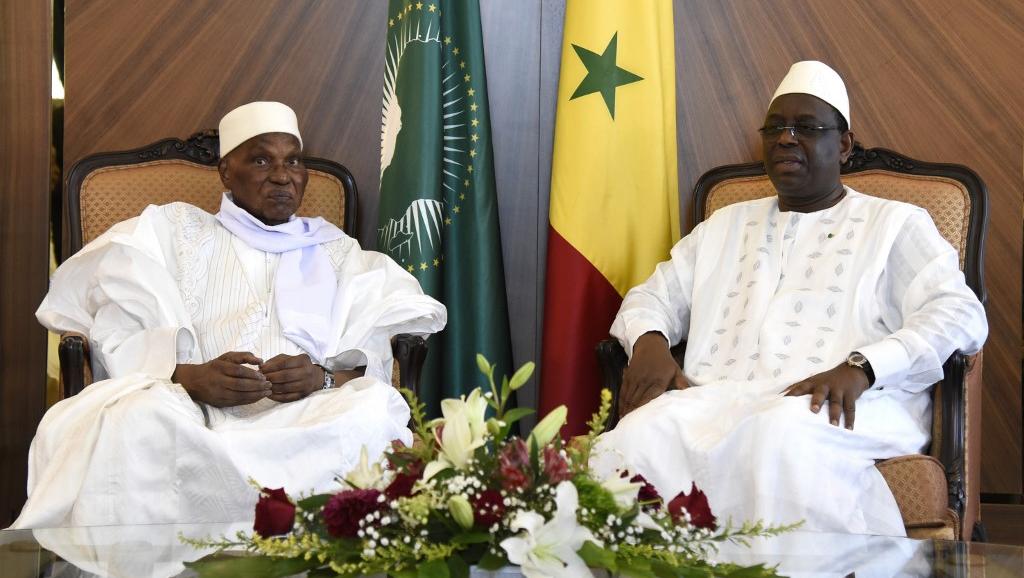 The originality of the Senegalese political dialogue in its new version lies in its inclusiveness. However, this inclusion, while meeting the democratic requirements, suffers from the fact that a good part of the opposition has boycotted the dialogue with regard to issues relating to the neutrality and credibility of the dialogue, its agenda, as well as guarantees for its implementation. The recent rapprochement between the ruling party and a large section of the opposition, such as the authentic PDS and the PS, has enhanced the potential renewal of the dialogue – writes Professor Moussa Diop

President Macky Sall began his second presidential term with a call for political dialogue, which he launched on 28 May 2019. The purpose of this dialogue is to deal with the political crisis that followed his victory in the controversial elections of February 2019 and to build consensus on the main problems facing Senegal.

Political dialogue is an established Senegalese tradition. Senegal remains the main exception to ethnic, religious and constitutional and political discontinuities, particularly in the form of coups, common in many countries in sub-Saharan Africa. This is partly attributable to a most positive practice: dialogue. Senegalese politicians have always favored discussion to recourse to arms to resolve emerging and recurring political challenges, such as the first president Léopold Sédar Senghor, who described Senegal as a ‘country of dialogue’. The generation of the 1960s established dialogue as a national political culture and the post-1990 generation followed suit by regulating political and electoral tensions through the same method.

In addition to the dialogue between the ruling party and the opposition, there has also been dialogue within the opposition itself. The strong alliances that emerged from this inter-opposition dialogue have been very fruitful in that they led to two notable presidential alternations in Senegal's history, particularly in 2000 and 2012.

However, despite this tradition, previous dialogues only served to soften the Senegalese political climate and allowed the ruling government to muzzle the opposition with the promise of a national unity government with political pitfalls. This tactic created a climate of mistrust between the opposition and the government and aggravated political protest, particularly with regard to the presidency and opposition rights.

This past experience is the opposite of what is expected of the recently launched dialogue. Its challenges are numerous: inclusiveness, socio-economic results, as well as the credibility of the implementation of the results of the dialogue remain contentious.

Drawing on past experiences, the government, the opposition and civil society have emphasized the need to ensure inclusion and to build trust and sincerity among the different political actors. This awareness emerged for the first time in the 2016 dialogue and was renewed in relation to the ongoing dialogue. The idea is therefore to open a big debate that will bring together not only the two main stakeholders (the ruling party and the opposition), but also and above all, all the social strata of concern (civil society, activists, religious and customary authorities, the diaspora, etc.). A sincere dialogue is essential to reach consensus on acceptable responses to the political and legal problems that divide the Senegalese political circle.

President Sall's emphasis on the inclusion of the national political dialogue is a major step forward in the efforts to consolidate democracy. Beyond the traditional focus on political actors, the open process will give economic, social, religious, customary and cultural actors the opportunity to identify the textual and institutional gaps that limit their activities and propose solutions to address them. Indeed, the first day of dialogue, held on 28 May 2019, was marked by the presence of civil society, trade unions, employers' organizations, cultural associations, religious and customary authorities, traditional communicators and other leading citizens and actors. However, in the context of this dialogue, inclusion is not a given in advance, and there are obstacles to its effectiveness.

The challenges of inclusivity of the national dialogue

Whether President Sall's call for dialogue is sincere or not, his interlocutors, including the opposition, have not received the invitation unanimously. Due to the heterogeneity of the opposition, some movements (the Unity and Rassemblement Party (PUR) through the coordinator and some rebels within the Senegalese Democratic Party) responded positively to the invitation, while others, including the National Resistance Front and the Democratic Renaissance Congress, the most active and credible opposition movement, have boycotted the process. The boycotting parties have called for broadening the agenda of the national dialogue and other preconditions for their participation.

Opposition groups have called for the release of political convicts, including the former Mayor of Dakar, Khalifa Sall, and the return of Karim Wade, son of former President Abdoulaye Wade, considered by his comrades and a part of the public as a political exile.

The third presidential term is another crucial and controversial issue.

The third presidential term is another crucial issue. The Democratic Renaissance Congress has no confidence in the intentions of President Sall. This opposition fears that the latter is trying to get around the two term limit on presidents, excluding from the count the seven-year term he started serving before the revision of the Constitution in 2016, thus allowing him to run again. Recall that former President Abdoulaye Wade used similar arguments to run for a third term in 2012.

This opposition, which does not want a repeat of history, has furthermore rejected the legitimacy of President Sall's victory in the February 2019 presidential election, in view of the exclusion of the major components from the electoral contest. In the same vein, the opposition has called for the resignation of the Minister of Interior, an active member of the ruling party and demanded his replacement by an apolitical and neutral authority for the organization of all elections at the national level. These requests and opposition conditions seem have had a positive effect as the ruling party has promised transparency in the conduct, organization and management of the dialogue.

To the opposition and the civil society, it is only in these circumstances that the dialogue can be useful and orientate towards relevant policy, economic and social issues in general.

Emphasis on political and socio-economic aspects

In terms of substantive content, political governance will be a key element of the national dialogue. There is a strong need to discuss issues related to the regulation and modernization of political parties, as well as reforms of rules on independent candidates and the election of representatives of the diaspora. Deliberations will also be needed on the legal status of the opposition and its leader, the financing of parties and coalitions of political parties, political coexistence, the release of political prisoners, the rehabilitation of some political exiles, as well as the sensitive issue of the third presidential term.

In addition, economic governance and the strengthening of socio-economic rights, physical and environmental health, the protection of private property and especially natural resources, including for future generations, should be fundamental in dialogue. The recent discovery of oil and gas deposits deserves a serious debate about its effective and efficient management, especially since mismanagement scandals have already been identified. In this sense, the involvement of President Sall's brother in these scandals has only deepened the political crisis that the country has been going through since the last presidential election in February 2019.

The great importance that the opposition attaches to these sensitive and eminently political questions also explains the difficulties that the dialogue is currently going through. Disagreements on a number of these issues have already created a stalemate in the process between the ruling party and the opposition group.

Effective resolution of these and other issues would require constitutional and institutional reforms that will only be effective with the credibility and sound implementation of the results of the dialogue.

Credibility and effective implementation of the results of the dialogue

This is indeed the object of a recent decree n ° 2019-1106 of 03 July 2019 establishing and fixing the rules of organization and operation of the Steering Committee of the National Dialogue. This committee will be led by top personalities, with proven expertise at the national and international and constitutional and political fields. The ultimate goal of this committee is to lead the dialogue to facilitate its development, to reframe it if necessary and finally to arrive at constructive and consensual results.

To avoid betraying the spirit of dialogue, this steering committee itself is organized according to an inclusive model. It encompasses all stakeholders, including public authorities, the ruling party, opposition groups, civil society, customary and religious authorities, the private sector, and trade unions. Thematic groups focus on specific topics and submit the results for validation to the Steering Committee. Eventually, the committee will submit to the President of the Republic a report on the conclusions, recommendations and orientations resulting from the dialogue.

If properly managed, the dialogue could lead to important textual and institutional reforms, including with regard to the electoral code, the demands of the presidential candidacy, the strengthening of the status of the opposition and its leader, the role and place of political parties in the electoral process, the functioning of state institutions, and the place and status of the Minister of Interior, responsible for the organization of elections.

In addition, given the tense political atmosphere, mistrust and even hatred caused by the many conflicts between politicians, dialogue on these recurrent conflicts could help calm the nerves, reconcile enemies, including possibly forgiving and/or granting amnesty to political prisoners. Such reconciliation could create an environment in which ruling and opposition parties recognize their legitimacy and cooperate on issues of national interest.

The launch of the political dialogue has raised some hopes and it is already producing slow but encouraging results. Some opposition groups are, even if hesitantly, taking part in the dialogue, while the government has accepted some of the preconditions posed by other groups. The dialogue is remarkable in its emphasis on inclusion. Hopes of successful dialogue have emerged with the considerable role that religious authorities have recently played in the process.

Indeed, thanks to the good offices of the Khalife General of the Mourides (the highest authority of the Mouride Brotherhood of Senegal, a very influential Islamic religious entity), a favorable political reconciliation is being born. Former President Abdoulaye Wae and current President Sall have reportedly reconciled. The former Mayor of Dakar, Khalifa Sall, a prominent opponent, has benefited from a presidential pardon.

For now, it is likely that much of the opposition continues to continue to reject the dialogue and sustain the boycott, but with the recent reunion between Wade and Sall, the release of the Mayor of Dakar, and favors successively granted to the Socialists in the form of appointment to positions of high responsibility, the dialogue could be renewed and enriched with the presence of the Socialist Party and the core leadership of the Senegalese Democratic Party.

Moussa Diop is Professor at the Faculty of Law and Political Sciences at Gaston Berger University in Saint-Louis, Senegal. He holds a doctorate in public law from the University of Bordeaux-Montesquieu.