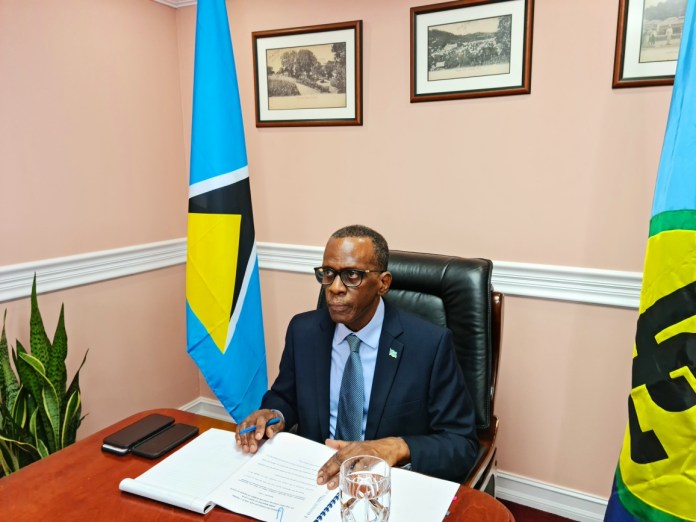 Prime Minister of St. Lucia Philip J Pierre (photo credit: Associates Times)
Saint Lucia is set to become the next Caribbean Community (CARICOM) member state to break with the British Privy Council and make the Caribbean Court of Justice (CCJ) its final appellate jurisdiction. That’s according to Prime Minister Philip J. Pierre, who indicated, in his inaugural New Year Address that, under his watch, “Constitutional Reform will be placed back on the front burner…” [...] With the government having secured a two-thirds majority in the parliament, changes to the Constitution can be made without the need for a referendum to detach the nation from the appellate jurisdiction of the British Privy Council. [...] After 43 years of Independence, Prime Minister Pierre has indicated that it is time for Saint Lucia to demonstrate confidence in regional jurists and the CCJ’s ability to provide fair, equitable, independent and affordable access to justice. He said, “We must not be afraid of our own potential to do great things and trust our institutions and systems.”
Read the full article here: St. Lucia News Online