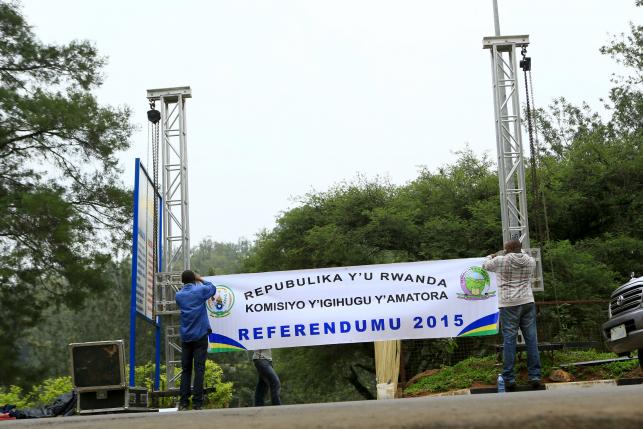 People erect a banner at the entrance of a polling station on the eve of a referendum as Rwandans will vote to amend its Constitution to allow President Paul Kagame to seek a third term in Rwanda capital Kigali, December 17, 2015. (photo credit: Reuters)
<p>Rwandans voted on Friday in a referendum on changing the constitution that would allow President Paul Kagame to extend his term in office, possibly until 2034, despite criticism of such an amendment by the United States and other Western donors.&nbsp;<span style="line-height: 20.4px;">Kagame would be able to run again after his second mandate ends under the changes, which are expected to pass.
Read the full article here: Reuters