Reflecting custom in a written constitution: Constitutional proposals in Samoa 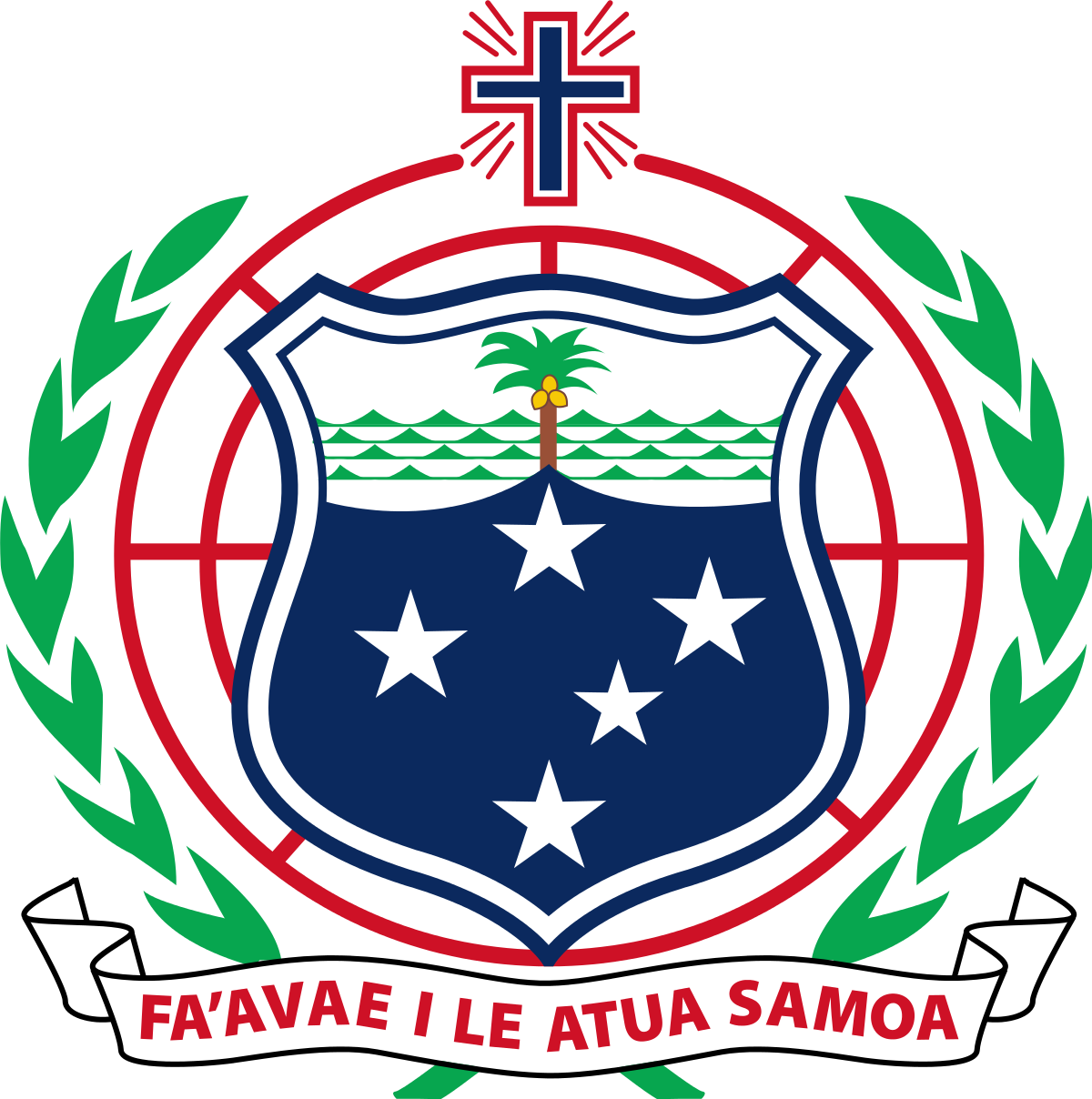 As Samoa seeks to balance the protection of constitutional guarantees with respect for and relative autonomy of custom, contestation over substantive solutions has been compounded by the lack of meaningful public consultation. While the government has the numbers to push the amendments through, discussions of the constitutional amendments in Samoa have unveiled the complexities and limitations of incorporating custom within a constitutional framework – writes Dr Anna Dziedzic.

In March 2020, constitutional amendments were introduced in the Parliament of Samoa. The purpose of the amendments is to ‘reflect more of the Samoan context inside Samoa’s supreme law’ by adopting ‘the best of both the modern principles and the customary values … so that Samoan customs and usages are not lost’.

The proposed amendments have provoked much debate in Samoa across a range of issues. This piece focuses on three particular amendments that seek to institutionalise custom in Samoa’s constitutional system. Drawing on the ongoing public debate, this piece suggests that reflecting Indigenous custom and values in an established constitution can be a deceptively difficult task, with serious implications for constitutionalism as well as custom.

‘Custom’ refers to the largely unwritten codes of behaviour and values that constitute the legal systems of the Indigenous peoples of Samoa. Samoa’s 1962 independence Constitution defines ‘law’ to include ‘any custom or usage which has acquired the force of law’. Land and chiefly titles are given special protection as areas governed by custom. Eighty percent of land in Samoa is customary land and its alienation is prohibited. A matai (chiefly) title must be held in accordance with Samoan custom and usage.

In practice, custom governs much of people’s daily lives. Village fono (councils), comprising the chiefly heads of the families of the village, make and enforce decisions about land, titles and other matters in their communities. Under current arrangements, disputes on customary matters are referred to the Land and Titles Court, composed mainly of lay judges and experts in custom. Proceedings are inquisitorial, conducted in Samoan, and follow customary protocols. Although it began its life as a creation of the German colonial administration, legal scholar To’oto’ooleaava Fanaafi Aiono-Le Tagaloa argues that the Court is now an indigenous Samoan institution.

The Supreme Court, the superior court of record with original constitutional jurisdiction, can review decisions of the Land and Titles Court and village fono and matai on constitutional grounds, such as the right to a fair trial or freedom of movement.

In explaining the proposed amendments, Samoa’s Prime Minister also juxtaposed papalagi (foreign) constitutional values against Samoan cultural values. In his view, the Constitution ‘was done by papalagi who have no customs and culture like Samoa. … We want the court to equally view individual rights, which [are] based on palagi beliefs, and communal rights, which are at the fore of our cultural governance’.

The claim than constitutional rights are given systematic preference over custom is contested.

These claims are not undisputed. The Prime Minister’s historical claim that the rights provisions were inserted in the Constitution by papalagi without the understanding of Samoa’s constitution-makers has been strongly refuted. Others have criticised the false dichotomy between individual rights and custom, citing work by Samoa’s Ombudsman that human rights and custom together reflect Samoan values. Samoa’s judges have denied that the Supreme Court unjustifiably interferes with decisions of the Land and Titles Court, noting that once any constitutional issues are determined, the matter is returned to the Land and Titles Court for decision.

The problem to be solved is therefore itself the subject of disagreement, which complicates any assessment of whether the three proposed amendments focusing on the institutionalisation of custom will meet their objective.

Serious concerns have been raised, within Samoa and outside it, about the effect of the removal of the Supreme Court’s power of constitutional review on the protection of rights, under both its own Constitution and international human rights obligations. There is no reason in principle why the Land and Titles Court should not interpret the Constitution and determine human rights issues. However, those decisions need to be subject to review by a single apex court. With two courts in this role, there is a risk of conflicting constitutional interpretations and overlapping jurisdiction where a legal dispute involves issues of both custom and state law.

The creation of a superior specialist court would reflect the importance of custom in the judicial system. However, there is a risk that it would have the effect of ‘judicialising’ custom, as the court exercises its ‘supreme authority over the subject of Samoan customs and usages’. In order to exercise its new constitutional jurisdiction, the new court will include judges with legal qualifications and lawyers will assume a greater role than is currently the case. As scholars of legal pluralism have shown, once custom is taken from its original context and placed in the hands of legislators, judges and lawyers, it changes. Paradoxically, it may be that leaving custom outside the written constitution, as a part of the unwritten constitution with its own separate source of legitimacy, affords custom greater protection.

The second proposed mechanism is a ‘judicial guidance clause’ which would require all courts to take account of custom. In contrast to separating the jurisdiction of the courts, this proposal encourages the integration of custom in the jurisprudence of all courts. It emphasises the place of custom as a recognised source of law.

The experiences of the Land and Titles Court, however, indicate some of the difficulties in applying custom in practice. Custom is unwritten and changes over time. It is generally not in the form of directive rules, but principles and processes for reaching good outcomes. Historian Leasiolagi Malama Meleisea has suggested that the main problem facing the Land and Titles Court is the difficulty applying custom when there is considerable public disagreement about what those customs are and how they have changed. He suggests that what is needed is not a new court structure, but a set of principles to guide decision-making about custom. Former Prime Minister and Head of State, Tui Ātua Tupua Tamasese Tupuola Tufuga Efi, began this work by identifying and developing the muagagana – the proverbs and precepts – that can be used to inform an indigenous Samoan jurisprudence. As legal scholar Tamasailau Suaalii-Sauni points out, careful and critical engagement with Samoan custom – rather than ad hoc codification – is what is required.

In a similar vein, Ombudsman Maiava Iulai Toma has suggested that the call for courts to be more responsive to custom arises from court decisions overturning decisions of village fono prohibiting the building of new churches. But, as he also notes, the Parliament has failed to utilise the opportunity provided in the constitutional provision to legislate ‘reasonable restrictions’ on freedom of religion.

Both critiques echo a suggestion from Samoa’s judiciary that a more useful intervention would be to carefully set out guiding principles and exceptions on how custom might be applied in particular areas of law, rather than placing a vague expectation on courts to take account of custom. Elevating the role of custom is thus a task for all branches of government.

One commonly cited reason for the limited integration of custom and state law is the use of foreign judges, who may be unfamiliar with Samoan custom and therefore reluctant to incorporate it in their decisions. While Samoa has a strong record of localisation, foreign judges still sit on the Court of Appeal, although increasingly alongside one local Samoan judge.

A third set of proposed amendments relate to the expertise and composition of judges in both court systems. In the civil and criminal courts, the amendments will require a bench of the Court of Appeal to be composed of a majority of sitting or retired Supreme Court judges, and if necessary, one ‘overseas non-Samoan’ judge.

In circumstances where localisation is incomplete, Samoa’s judges have raised concerns about the availability of qualified persons to staff both courts under these new arrangements. However, the sharing of personnel across the two parallel courts is an innovative idea. It suggests a further possibility not presently contemplated by the amendments: that if a single apex court is indeed necessary, this approach might be adapted to suit that court, so a Samoan apex court could perhaps include judges with specialist expertise in custom, as well as the state legal system.

The three proposals present innovative possibilities to institutionalise custom and reflect Indigenous values in an established written constitution. The issues identified here are not intended to show that the objective of recognising custom in a constitution cannot or should not be pursued. Rather, they highlight how difficult it is to achieve what, at first glance, appears to be a simple objective.

Two considerations might assist Samoa on its path. The first is the need for widespread public consultation. This was sadly lacking in the preparation of the amendments, contributing to confusion about the amendments and divisiveness in the public debate. Elevating the status of custom in the law will require not just an amendment to the constitutional text, but real commitment and change across the legal profession and understanding in the villages. Community understanding and elite buy-in are therefore particularly important, and both are supported by meaningful participation in constitutional change.

Public consultation so late in the process may have only limited impact.

The amendments passed both first and second reading in Samoa’s legislature in March 2020. They have now been referred to a parliamentary committee, which is conducting public hearings. However, as the government holds more than enough parliamentary seats to pass the amendments into law, public consultation so late in the process, may have only limited impact.

The second is the relevance of comparative experience. Samoa needs to build a framework that reflects its unique customs and best addresses the needs of its people. However, claims made in the law reform report that the constitutional recognition of custom is unprecedented seem unduly dismissive of the rich constitutional experiences of other states, and the post-colonial legal pluralist states of Africa, Asia and the Pacific in particular. In turn, these amendments, and the debates they have provoked, will provide useful insights for other states seeking to recognise custom in their constitutions. This may be a path that Samoa must travel in its own way, but it need not build it alone.

Dr Anna Dziedzic is a Global Academic Fellow at the University of Hong Kong Faculty of Law and Convenor of the Constitution Transformation Network at Melbourne Law School. She researches comparative constitutional law with a focus on the constitutions of the Pacific.