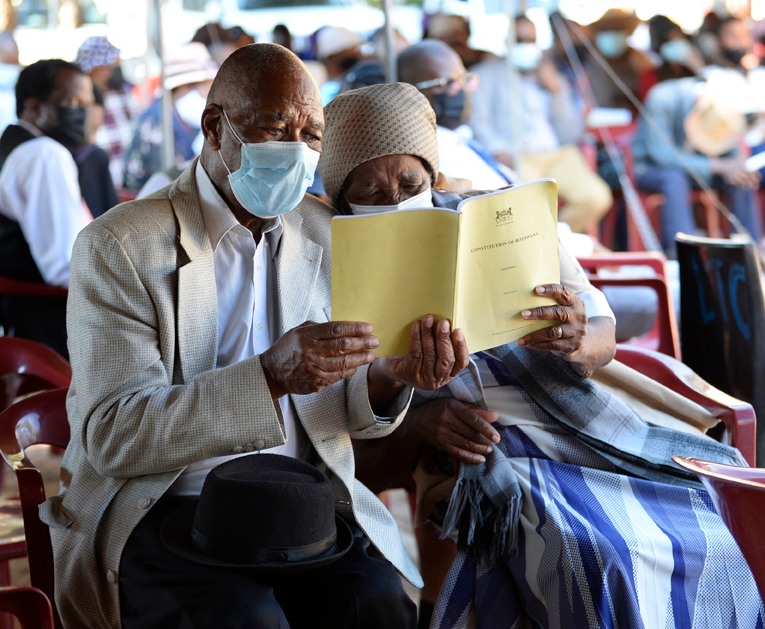 The long-awaited comprehensive review of Botswana’s constitution is now underway since President Mokgweetsi Masisi's appointment of a Presidential Commission of Enquiry in December 2021. The Commission has already started public outreach, but the initiation of the process without input from stakeholders raises concerns about how fully transparent, robust, and participatory this constitutional review process will be. Further, confusion exists regarding the methodology of the Commission, how it will integrate public inputs in its final report, and how its recommendations will fit into the overall constitutional review process – writes Professor Bonolo Ramadi Dinokopila

In fulfillment of the promise he made during his campaign for the 2019 general elections, on 17 December 2021 President Mokgweetsi Masisi announced the appointment of the first Presidential Commission of Enquiry into the review of the Constitution of Botswana, which has been given a comprehensive mandate to review the entire constitutional framework. Adopted in 1966, the country’s Constitution has undergone several amendments, but no major constitutional reforms have been introduced since independence. In fact, as analyzed on ConstitutionNet, the government’s previous introduction of piecemeal amendments raised concerns about overall commitment to the promised comprehensive reform. The long-awaited appointment of the Commission confirms the government’s commitment to constitutional reform, but it is not yet clear whether there will be a fully transparent, robust, and participatory constitutional review process. Currently, there is no clear roadmap for how the Commission will carry out its work, how the Commission will incorporate the inputs of public consultation, and where the Commission’s report fits into the overall constitutional amendment process. Nevertheless, the Commission has already started a public engagement drive to meet its September 2022 deadline to submit its report on recommendations to the President.

While the Constitution outlines a process for its amendment, it does not contain any special provision on how amendments should be initiated…

Reaction to the Commission and its mandate

The President appointed the Commission without input from parliament, civil society, and chiefs. Subsequently, the announcement of the Commission was met with strong opposition from non-governmental organisations, opposition parties, trade unions and some members of the House of Chiefs. The common denominator of these criticisms was that the Commission was not the right way of initiating the constitutional review process, as it was appointed without proper consultations, without clear selection criteria, and was not representative of the country’s demographic makeup. Despite these criticisms and requests from several corners to have the Commission disbanded and the process properly initiated, the Commission has carried on with its work and is currently undertaking a national tour of consultations.

As per the terms of reference, the Commission has been tasked to investigate the following:

The approach that has been taken still leaves room for delay or postponement of the process as it is largely left to the discretion of the President or at the very least, the ruling party.

After the Commission submits its report, it seems a decision will be made on whether there will be constitutional amendments and the nature of such amendments. It is yet unclear how this decision will be made, considering that the Commission was appointed without reference to other stakeholders. The approach that has been taken still leaves room for delay or postponement of the process as it is largely left to the discretion of the President or at the very least, the ruling party. A decision that there is no need for the alteration of the Constitution is unlikely, considering enduring contestations on key aspects of the constitutional framework, including the manner of selection of the president. If the work of the Commission is to be worthwhile, the extent and the nature of potential constitutional reform would have to be informed by the findings of the Commission.

The Commission has already begun a public engagement drive, which has confirmed that members of the public are concerned or dissatisfied with certain aspects of the Constitution. The following are some of the issues raised in the public consultation as needing constitutional reform or inclusion in a revised constitution: governance and the public service; education on sexual orientation and gender identity; the place of chieftainship in governance; issues relating to the judiciary such as the establishment of corruption courts; issues of land allocation; socio-economic rights; corporal punishment instead of custodial sentences; and issues relating to, generally, the rule of law and separation of powers in the country. Early public consultation has thus illustrated the extent to which the Constitution is lacking, and the desire to see certain improvements.

…the process appears to be hurried as it was never preceded by public education of what the process entails and how the public can meaningfully engage.

Compared to the process that led to the 1966 Constitution, there is clear evidence of participation of the public in this process. This is despite the fact that the process appears to be hurried as it was never preceded by public education of what the process entails and how the public can meaningfully engage. As a result, contributions made during these public engagements are not focused nor are they grouped together on similar themes. They are sometimes, instead, about the general welfare of the people. Nonetheless, we have witnessed ordinary citizens, political parties, non-governmental organisations, and other interest groups appearing before the Commission. While there was dissatisfaction with the way the process was initiated, the importance and significance of this process was clear to all such that many concerns about the legitimacy of the process are slowly being extinguished.

While the much-awaited process has been embraced by many, the recent comments by the Minister of Presidential Affairs, Governance and Public Administration has led to some further confusion. He is quoted as having said, “[t]he Commission is not doing the review of the Constitution itself as this is a consultative process with the people of Botswana…” The implication of this statement remains unclear. It should, however, be interpreted to mean that the implementation of the recommendations of the Commission or the drafting of the revised Constitution is expected to take place at a later stage and will be an inclusive process. In the meantime, and as the process unfolds, all eyes are on its trajectory with many now wondering how it is likely to turn out.