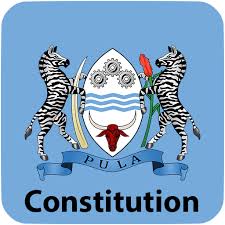 The Botswana government is seeking a constitutional amendment to ban members of parliament from changing party allegiances. While the goals may be defensible, the reluctance to pursue the change as part of the promised comprehensive reform process raises concerns about government commitment. Moreover, the failure to consult the people may undermine the legitimacy of the amendment drive – writes Prof Bonolo Ramadi Dinokopila

In July 2020, the Botswana Government gazetted a proposed constitutional amendment that seeks to ban members of parliament and local government from switching parties (floor-crossing). The proposal, which has a long history, has emerged in a context where President Mokgweetsi Masisi has promised to implement a comprehensive constitutional reform process to review the country’s 1966 Constitution adopted at independence, raising questions on the fate of this process.

The announcement of a comprehensive constitutional reform process was affirmed by the President during his inaugural address following his swearing in as well as during his first state of the nation address. The recognition of the need for constitutional reform was seen as signifying commitment of the ruling party, which has been in power since independence, to ushering in a new era of democracy.

The ruling party appears committed to pass the proposed amendment.

The reform plans were widely welcomed, as they provide an opportunity to refine and modernise the country’s independence constitution. Botswana is one of the handful of countries in Africa which has had only one constitution throughout its history. Nevertheless, the conversation about constitutional reform is still in its nascent stages. Before any concrete steps could be taken, the Covid-19 pandemic has effectively diverted attention from important political processes.  There is hope that the country will soon embark on this reform exercise. This is more so as the country’s pre-independence and current constitutions are not products of an inclusive participatory constitution making process.

The ruling party appears committed to pass the proposed amendment on floor-crossing.  Considering plans for a comprehensive reform, resort to a piecemeal approach in relation to the floor-crossing issues have raised ambiguities regarding government commitment. Nevertheless, while the constitutional reform process has not taken off, it is too early to speak of its abandonment, as it is only the first year of a five-year term.

Law, history and politics of floor-crossing

Botswana does not have a specific constitutional or other legal provision regulating floor crossing. As a result, members of the National Assembly and local government councils are free to change political parties at any time following their election to office. They are simply required to inform the Speaker of the National Assembly (or relevant local council chairman) on their decision to change political affiliation and the political party they are now joining. In practice, as well, this has happened over the years, usually with the ruling party gaining members or members of the opposition party crossing over to another opposition party.

The proposed Constitution (Amendment) Bill No. 14 of 2020 and the Local Government (Amendment) Bill No. 15 of 2020 would substantively outlaw floor crossing. Under the draft amendments, the seat of an elected or specially elected member of the National Assembly would become vacant if the member resigns from the party under whose banner  the member was elected. Moreover, an independent candidate member of the Assembly would lose a seat if he or she becomes a member of a political party. To assuage concerns that the amendment is seeking to stop expected defections from the ruling party, the proposed amendment would only apply prospectively. Accordingly, members who change political parties or join political parties before the commencement of the proposed law would not be affected.

It is not the first time that proposals to amend the constitution to outlaw floor crossing have been mooted.

It is not the first time that proposals to amend the constitution to outlaw floor crossing have been mooted. The Botswana Parliament first debated the proposal in 1998 and again in 2011. According to the 2011 proposed motion, any elected member of the National Assembly wishing to join another political party was expected to resign from their original political party and the Assembly. The member’s constituency seat will then subsequently be declared vacant. The motion to ban floor-crossing reportedly found support from both the ruling and opposition parties, as well as from the public. That notwithstanding, the proposed amendment was still criticized by some members of both the ruling and opposition parties, leading to its abandonment.

While there is no denying that fears of defections within the ruling party played a role in the urgency to pursue the reform, one of the issues that has been neglected by those arguing against the proposed constitutional amendment is the implications of the proposed ban on floor-crossing to the voters. Notably, the narrative surrounding this issue has largely ignored the potential positive impact of the proposed amendment on the nature of representative democracy.

Although candidates to the National Assembly are formally elected under their own name, because of the first-past-the-post electoral system in single member constituencies, the importance of party affiliation to voters cannot simply be dismissed. Even if the motivation for floor-crossing could be connected to genuine ideology or principles of elected members of the National Assembly or local government, this cannot be assumed to be more important than those of the people who voted them into power.

The proposed amendment appears to only disqualify members who voluntarily switch parties, not those who are dismissed from a party.

The fact that the proposed amendment appears to only disqualify members who voluntarily switch parties, rather than those subject to involuntary dismissal from a party, still allows individuals to express their disagreements with their party without fear of losing their seats. Moreover, the amendment does not ban members of parties from resigning from their party to become independents. The principal purpose of the proposed amendment is to stop movements across parties. Even when they choose to leave their party to join another party, this only leads to by-elections in which the member could stand to seek a fresh mandate. While this could potentially lead to repeat elections, it could contribute to political stability and address opportunistic floor-crossing, where a member switches parties because of promises of reward.

Also, there is anecdotal evidence to suggest that the public was, at one point in history, in support of this amendment. Whether such approval is still valid need further scrutiny and consideration. While the COVID-19 pandemic has constrained public outreach initiatives, and the constitution does not specifically require popular consultations or referendum for the amendment, the government should seek mechanisms to procure the views of the people on the matter. What is clear though is that the ruling party has the necessary numbers in the National Assembly to pass the bill into law if it is finally debated and put to a vote.