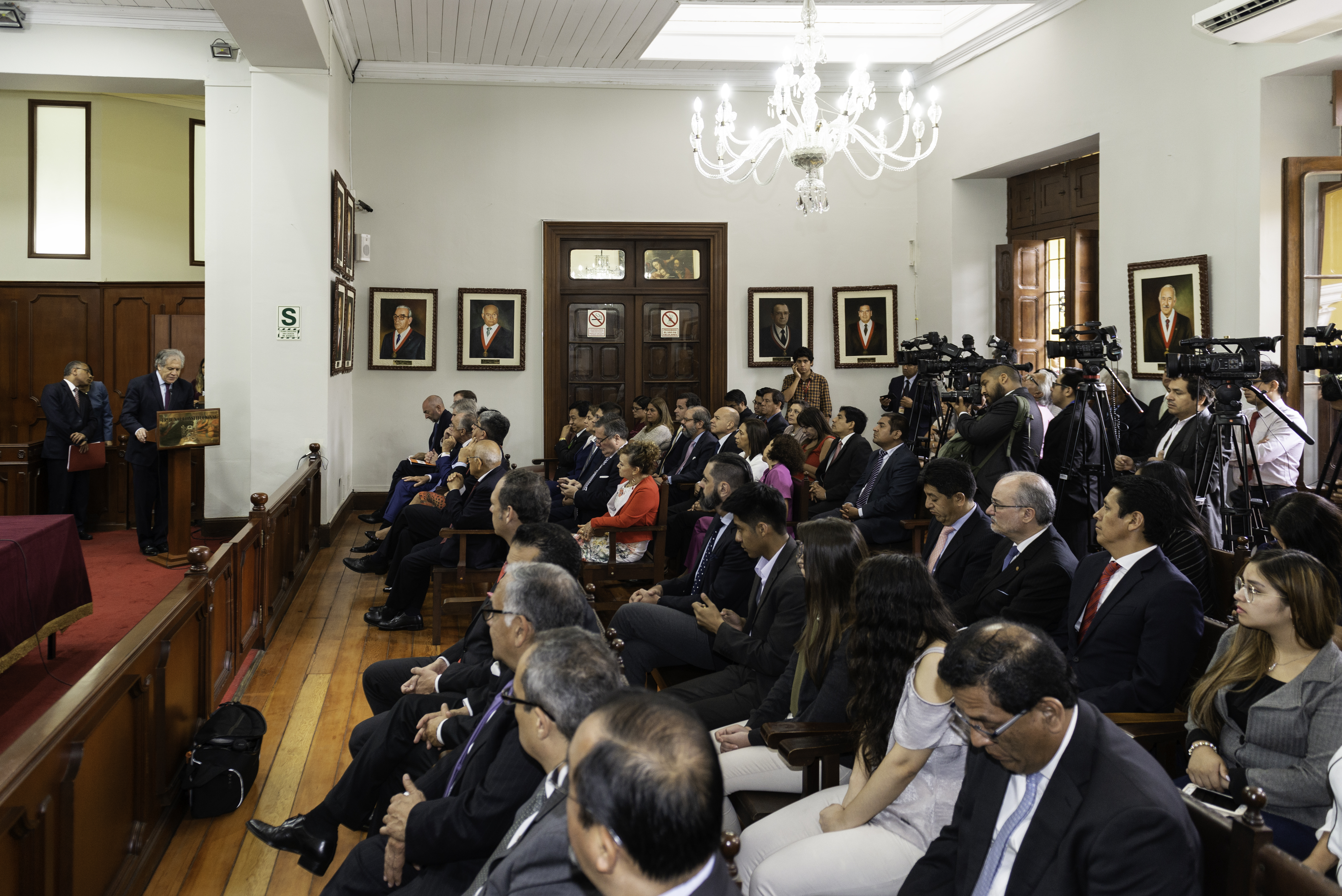 Constitutional Court of Peru (photo credit: OEA - OAS/flickr)
Everything was ready for the vote of a single list to preside over Congress and, therefore, consecrate a new interim president -Rocío Silva Santisteban- after the resignation of Manuel Merino. However, the fact that it was a single candidacy did not translate into consensus: the majority of the congressmen, 52, voted “No”. 25 abstained and only 42 supported it. [ . . . ] Thus, uncertainty grows after the resignation of Manuel Merino, who resigned today five days after assuming power[.] Meanwhile, The Peruvian Constitutional Court has announced that it advances to this Monday the session in which it will debate the demand for powers filed by former President Martín Vizcarra on the presidential vacancy, initially scheduled for Wednesday.
Read the full article here: explica