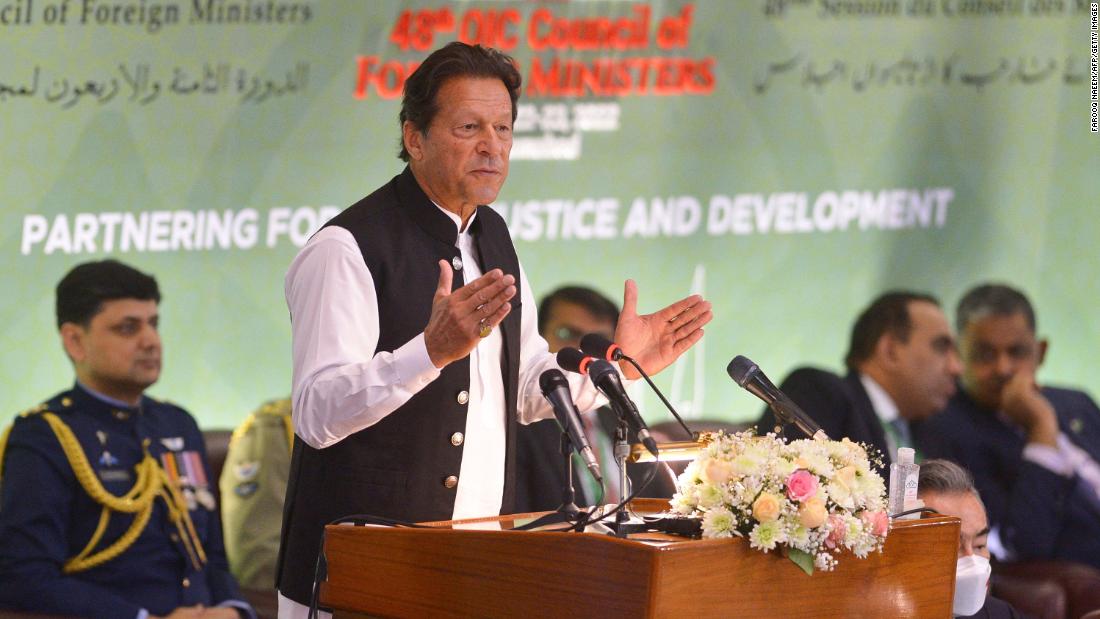 Prime Minister Imran Khan (photo credit: CNN)
Pakistan's Supreme Court will hear arguments [on 4 April] around Prime Minister Imran Khan's shock decision to call an early election, sidestepping a no-confidence vote that would have seen him booted from office. [...]  The opposition had expected to take power on Sunday after mustering enough votes to oust the cricketer-turned-politician, but the national assembly deputy speaker refused to allow the motion to proceed because of "foreign interference".Simultaneously, Khan asked the presidency -- a largely ceremonial office held by a loyalist -- to dissolve the assembly, meaning an election must be held within 90 days. [...] According to the constitution, a prime minister cannot ask for the assembly to be dissolved while facing a no-confidence vote.
Read the full article here: France 24