‘Not Liberian enough’? Deconstructing citizenship and constitutional reform in Liberia 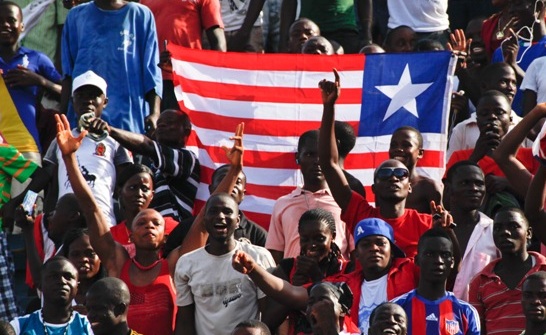 Citizenship is an inseparable component of one’s political identity, encompassing both privileges and obligations. In Liberia, as elsewhere around the world, it is the basis for access to state-sponsored protection, security, and other entitlements such as the right to vote or run for political office. In today’s globalized world, citizenship is also transcending borders with people acquiring more than one nationality.

In general, acquisition of citizenship in many countries today, including Liberia, is possible subject to four main conditions. The first is being born either on the territory of the granting country (jus soli or birthright principle). The second is being born to parent(s) either or both of whom are citizens of the granting country (jus sanguinis or ancestry principle). Marriage to a citizen of said country (jure matrimonii principle) is the third condition. The fourth is by naturalization subject to fulfilment of certain residency requirements. In reality, however, the practical application of these conditions in Liberia is starkly different due to what, in contemporary times, may be seen as rather unconventional restrictions on the right to citizenship.

As I have indicated fleetingly elsewhere, these are the current Constitution’s so –called ‘Negro clause’ and the statutory prohibition on dual citizenship. According to Article 27 (b) of the Constitution,‘…only persons who are Negroes or of Negro descent shall qualify by birth or by naturalization to be citizens of Liberia.’ Chapter 20 of the Alien and Nationality Law which sets the conditions for the application of Article 27(b) of the Constitution goes further to provide in section  22(1) that anyone who ‘upon his own application’ takes up foreign citizenship shall lose their Liberian citizenship.

In any case, the essence of these two restrictions is to deny Liberian citizenship to anyone who is not of Negro ancestry or is a citizen of another country even if the birthright, ancestry, marriage or naturalization conditions are met. It is important to note that the Negro Clause was enshrined as a protectionist measure against white imperialism by the framers of Liberia’s first Constitution, who were freed slaves from America. It was therefore a concept inspired by the sordid experiences of the returnees during their enslavement in the Americas. Further, according to article 28 of the Constitution as it stands today, Liberian minors who acquire foreign citizenship by virtue of one of their parents being a foreigner, must renounce that foreign citizenship upon reaching maturity or lose their Liberian citizenship.

Historical and economic circumstances have contributed to a wave of migration of people looking for better opportunities both outside and within Liberia. On the one hand are the economic immigrants, consisting mainly of Asians and Middle Easterners engaged in trade and commerce who came to Liberia in the 1950s. Overtime, they and their offspring have become long term residents. On the other hand are the returning diaspora and their offspring, based mostly in North America and Europe. These are native Liberians with Negro ancestry who left the country to escape the war and in the process acquired new citizenship status abroad. Many maintained strong ties and connections with the country while abroad through investment and charitable projects they funded at home and remittances sent to family members that stayed back. Consequently, over the years the country has become a melting pot of different cultures and peoples. However, because of these restrictions, they are not entitled to citizenship. The Asian and Middle Eastern migrants and their offspring are barred because of their non-negro ancestry. Returning diaspora, while technically qualified, as Liberians under the ‘Negro clause’ are excluded due to the statutory prohibition on dual citizenship. One important consequence of this is that persons affected by these restrictions –many of whom have large business interests in Liberia— can only hold long term leases on property as statutory provisions tie property ownership to citizenship.

The ongoing constitutional review process has provided stakeholders with the opportunity to look—on a scale probably unseen before–into the content of Liberia’s citizenship rules. Non-native, long term Liberian residents as well as diaspora communities have mobilized strong campaigns around the issues of interest to them. Many, especially those advocating for the repeal of the ‘Negro clause’ which—unlike the statutory probation on dual nationality— must be a subject of constitutional amendment, see it as a rare chance to rectify the issue. The last time this opportunity arose was during the reforms in 1984. As that attempt was unsuccessful, debates on the issue are becoming sharper and more critical as the process progresses. Currently, the debates are articulated around two main questions—whether to lift the ban on dual citizenship and whether the Negro clause has outlived its usefulness. Opinion is divided in each case.

Advocates for dual citizenship consist by and large of members of the diaspora community who stand to benefit from any reforms to that effect. They argue that none should lose their citizenship merely by virtue of taking on a foreign citizenship, especially when it was not a matter of choice, as the civil war limited their options.

‘No one can forgo their birth right only by signing a paper abroad. Our hearts and soul are Liberians, and this is where we belong’, contends Ali Sylla, a returnee and longtime anti-war activist previously based in the United States.

The point being made, it seems, is that citizenship is more about the sense of belonging than just holding a foreign passport. This is an interesting position as it brings to the fore bigger questions about identity and citizenship. Who, for instance, is or can be a Liberian? What does it meant to be one? Can there be such a thing as ‘Liberianness’ from which a single Liberian identity can be derived? If so, what is or are the core content(s) of such a concept? In what ways should it be used in determining who qualifies for Liberian citizenship or not?

There are no easy answers to these questions and Liberia’s ethnic, linguistic, cultural, and religious mosaic does not make it any easier either. There may be one official language, English, but coexisting with it are sixteen other recognized indigenous languages, spread over a number of tribes of which the largest are the Kpelle, Bassa and Grebo.

A second diaspora argument against the ban on dual citizenship is the contribution to economic development. As mentioned earlier, many have maintained connections with the country, positively contributing in various ways to its economic progress through infrastructural development (such as schools, housing, and hospitals) and other business projects. Remittances are also crucial. In 2012 alone, they contributed to one-third of the country’s GDP, according to the World Bank. Most of these go to support families and help them set up businesses, which in turn create jobs and generate taxes for state coffers. As such, supporters believe that dual citizenship is necessary to ensure that such participation in the economic reconstruction and development of the country is maintained and made more open and transparent.

Yet, there are many who oppose it. Central to their argument is the protection of the local job market for less-opportune homeland Liberians and preservation of loyalty to the State. The latter justification raises the concern of whether diaspora Liberians are‘Liberian-enough’ and brings to the fore not only the political but also the emotional and patriotic dimensions of the debate. Exacerbating this is the increasing tendency for returning diaspora to indulge in illegal activities and then quickly using their foreign passports to escape prosecution.

Another argument is that it is a matter of minor importance in the context of broader national reconciliation. ‘If it is of any priority, then it should be at the bottom of the list, because there are many pressing reconciliation issues than dual citizenship…’, says Aaron Weah, a transitional justice expert.

Interestingly, the political leadership has come out quite strongly for the dual citizenship campaign.

‘A great human capital resource for the development of this country lies in the Liberian Diaspora,’ President Johnson-Sirleaf told the Legislature in her State of the Nation Address earlier this year. She encouraged the Legislature to ‘give adequate consideration to the recognition of citizens’ rights for those persons born as Liberians, and those born of Liberian parentage who wish to contribute fully to the development of this country as citizens…’

‘The grant of Liberian citizenship would enable us to draw on [their] wealth of financial, technical and other resources available to [them for deployment national]’, she added.

With respect to the Negro Clause, opinion is divided between those who see it as obsolete and manifestly racist, and others who see it as necessarily protectionary. Those resisting the repeal of the clause argue that the need to protect the country against non-natives or non-indigenous Liberians—such as the wealthy Asians, who dominate the economy—is just as important today as it was close to two centuries ago when the white colonists were a threat. They want to prevent the economically powerful, long term residents from also taking over the politics of the country once they acquire the political rights that come with citizenship. Such influence, they fear, would be at the expense of indigenes who are already in a weaker position economically.

‘In no time, white people or Lebanese people will buy all of the lands, and Liberians will be landless in their own country’, contends a local activist.

The anti Negro Clause campaign has not garnered as much support as the dual citizenship campaign. Yet it remains actively vocal.

To Liberians advocating for unrestricted civil liberties for all such as Abraham Mitchell, a longtime political activist, ‘the negro clause depicts Liberia as a racist nation when in fact the reality is different’. They argue that the Clause has no place in modern Liberian society, as the circumstances for which it was written no longer exist. Maintaining the clause, in their view, limits Liberia’s development potential as it prevents the country from taking advantage of the resources wealthy non-citizen residents could inject into the system.

The Legislature has so far been unable to make headway on the issue of dual citizenship that was presented in a bill since 2007 due to divisions within the body. As a result, stakeholders have requested the Constitutional Review Commission to make recommendations on the issue. Commission members, however, remain tightlipped, making predictions on the issue even more difficult. However, President Johnson’s policy statement to the legislature in January has created reasonable expectations that any reforms are likely to be limited to dual citizenship, especially as Liberian public opinion is still very much in favour of maintaining the Negro Clause.

[1] Ibrahim Al-bakri Nyei is a policy analyst at the Governance Commission. Opinions expressed in the piece are those of the author and do not represent the position of International IDEA