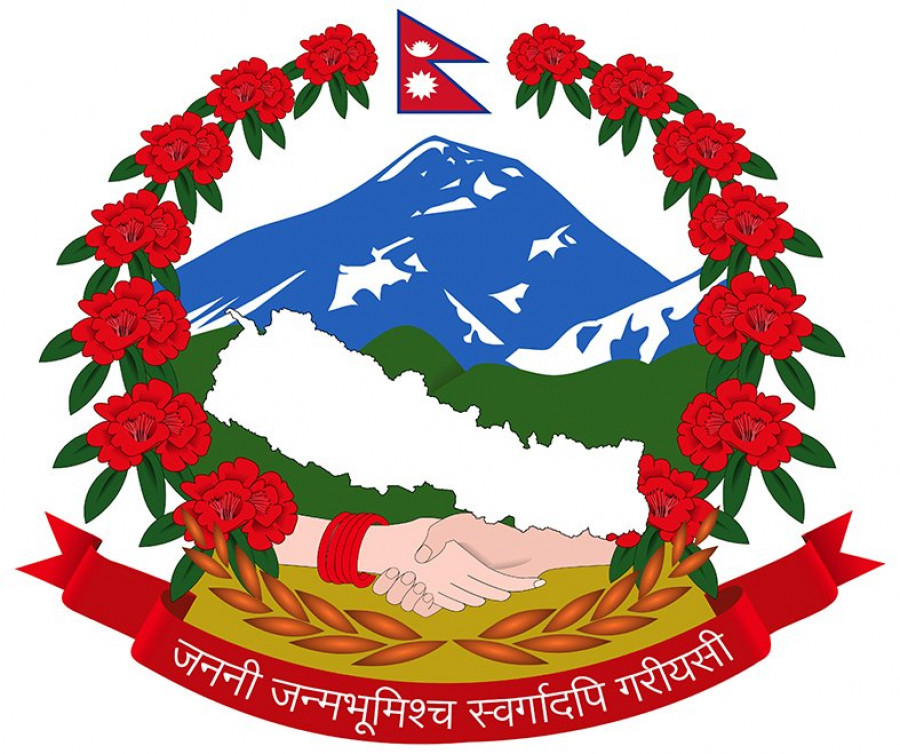 The second amendment to Nepal’s Constitution changing the map of the country has allowed to establish the reputation of the ruling party as a ‘Nationalist Government’. This nationalist tendency is reflected in the indifference in considering proposed reforms to address longstanding demands of minority groups, particularly Madhesis and Aadibasi Janajatis – writes Mohan Karna.

On 18 June, the President of Nepal authenticated the constitution amendment following its  unanimous passing by both houses of the federal parliament. The amendment alters the official map of Nepal inserting a revised Nepali map into Schedule 3 of the Constitution to depict Limpiyadhura, Lipulekh and Kalapani as part of Nepali territories. While this amendment process emanates from geo-political contestation with India, it has reignited debates on reforms to address demands of minority groups, including for internal territorial restructuring, particularly the Madhesis and Janajatis.

The Nepal Government published a new map on 20 May 2020. Prior to this redrawing of the map and the subsequent commencement of a constitutional amendment process, even unofficial maps of Nepal did not depict Limpiyadhura, Lipulekh and Kalapani as Nepali territory. This was true in legal documents but also school textbooks. Even the national emblem, which is constitutionally entrenched and has an image of Nepal’s territory, did not include the three areas.

That is not to say Nepal should not claim its territory through proper means and evidence. The Constitution recognises as Nepali territory areas under Nepal at the time of commencement of the constitution (2015), and any territories acquired thereafter.

The Council of Ministers rushed to change the map on the emblem following India’s inauguration of a road project that touches on the above territories. Because the official map of the country is reflected in the national emblem in the 2015 Constitution, the formalisation of the changes required a constitutional amendment. At the same time, the formal release of the revised map by the executive before the finalisation of the amendment process raised issues regarding constitutional supremacy.

Perceived Indian encroachment in Kalapani has dominated political debates in Nepal since 1990. Contestation over Lipulekh and Limpiyadhura is more recent, and started after 3 November 2019 when India published its political map depicting Limpiyadhura, Lipulekh and Kalapani as its own territories. India issued the new political and administrative map in November after it divided Jammu and Kashmir state into three regions – Jammu, Kashmir and Laddakh.

Publication of a new Nepali political map and the passage of the constitution amendment could be a political tactic to put pressure on India.

On 8 May 2020, India’s Union Defense Minister inaugurated a 75 km link road from Pithauragadh in Uttarakhand to Kailash Man Sarovar in Tibet autonomous region via Lipulekh. This generated outrage in Nepali traditional and social media and government statements. On 11 May 2020, Nepal Government handed over a diplomatic note to the Ambassador of India in Nepal to express the displeasure with India’s action. The Indian government reiterated that the road was built within its own territory and any dialogue on disputed subjects can he held once the COVID-19 crisis has subsided.

The Nepali government subsequently published the revised political and administrative map depicting Limpiyadhura, Lipuelekh and Kalapani as part of Nepal. As it stands now, therefore, these areas are claimed by both India and Nepal. The Indian Army chief reportedly alleged Chinese involvement in fanning and guiding the territorial debacle.

The publication of a new Nepali political map and the passage of the constitution amendment could be a political tactic to put pressure on India to resolve the dispute amicably. However, as long as both parties do not realize the urgency to settle this dispute in good faith and in accordance accepted international processes and rules, the publication of a new map may only exacerbate the contestation.

The occasion has given Prime Minister Oli reason to ride on nationalist sentiment amid criticism of mishandling the COVID-19 pandemic.

As Prime Minister KP Sharma Oli and his government which has been widely criticized by opposition parties, civil society groups, and citizens at large for failing to tackle the COVID-19 crisis,  the publication of a new map has given Oli an opportunity to divert attention and whip up nationalist sentiment. Moreover, several ministers and senior officials under his government have been accused of involvement in corruption scams during this crisis period. The youth have come protested the failure of the government in its COVID-19 response. However, Oli continues to claim that his government has taken proper measures to control the pandemic, that the Nepalese have higher immunity, and that the spicy foods habit of the Nepalese people helps fight against the pandemic. Amidst these unsubstantiated assertions, the amendment has given him opportunity to present himself as ‘protector’ of the sovereignty of Nepal.

The amendment process, particularly since it relates to issues of borders and territories, has also re-opened other long-standing movements for constitutional amendment. During an all-party meeting called by Oli, Madhes-based political parties demanded that the constitution should be amended in a package including to address demands of Madhesis, Janajatis and other marginalized groups and communities regarding national and provincial borders.

Amidst the political furore of the second amendment to the Constitution and the nationalist sentiment, Madhes-based parties registered a private bill for constitution amendment on 9 June. Since 2015, the government has been rejecting proposals to address the demands of marginalized groups, including changes to provincial boundaries.

On language, they have demanded the constitutional recognition of all mother tongues as per the recommendation of language commission. On citizenship, the proposal seeks to change the process of acquiring citizenship for foreign women marrying Nepali men, to enable such women to get citizenship after producing an affidavit that they applied for abandoning citizenship of their birth country. The parties also seek to ensure proportional representation in all government recruitments, diplomatic appointments and appointments in constitutional positions. Furthermore, to control corruption, the establishment of a Lokpal (sort of ombudsman) has been proposed. A separate but related private amendment bill has also been registered by members of the Nepali Congress, the main opposition party.

The process has reignited demands for internal boundary redrawing from minority groups.

The second constitutional amendment (related to the insertion of the revised map in the national emblem) proposal was passed unanimously by both of the houses of the parliament.  However, the private bills registered by Madhes-based parties and the Nepali Congress are yet to be tabled for discussion in parliament. Even if the proposals were tabled, the likelihood of their passing is slim. The combined strength of Madhes-based parties and Nepali Congress is less than the two-thirds majority required for constitutional amendment. It is to be noted that a similar amendment proposal in 2017 during the premiership of Sher Bahadur Deuba failed, as it lacked the two-third majority support of majority, mainly due to resistance from the current ruling party, which was then the main opposition.

The Parliamentary State Affair’s and Good Governance Committee has decided that foreign women marrying Nepali men will get naturalized citizenship only after seven years of continuous residence in Nepal. This rule is vehemently objected by Madhesi leaders and civil society members, who are seeking faster and easier ways of naturalisation for foreign women married to Nepali men, which is a common phenomenon considering their socio-cultural ties with India. Simultaneously, women rights advocates have criticized this bill as it has discriminatory provision - Nepali women marrying foreign men will not get naturalized citizenship according to this citizenship law.

On 20 September 2015, the Constitution of Nepal was promulgated by the second Constituent Assembly. Amidst the constitution’s promulgation, there were large protests across Tarai against the constitution making process and its contents. Madhesis, Janajatis and other marginalized communities were furious as their key demands were rejected by the major parties – the Nepali Congress (NC), the then Communist Party of Nepal United Marxist Leninist  (CPN-UML) and the United Communist Party of Nepal Maoist (UCPN-M) – and consultative processes were scrapped in the name of ‘fast tracking’ the constitution making process.

The demand of Madhes-based parties for a liberal provision to provide citizenship for Indian women marrying Nepali men was rejected.  To make matters worse, the Constitution for the first-time barred citizens except for ‘descent citizenship certificate holder’ from holding eight major constitutional positions. As the Constituent Assembly members representing NC, CPN-UML and the UCPN-M controlled a two-third majority, they ordered their Constituent Assembly members and the constitution was passed under the shadow of curfews and prohibitory orders in Terai districts.

A boundary redrawing would enable a Madhesi majority in one of the provinces.

On provincial boundaries, Madhes-based parties demanded that the boundary of provinces should be drawn so as to give Madhesis and other ethnic groups a better chance of winning elections based on their constituent majorities and also symbolically reflect their ethnic identity.  Their demands have been ignored. Two proposals for provincial structure during the first Constituent Assembly by the State Restructuring Committee and by the State Restructuring Commission were ultimately ignored by the second Constituent Assembly. The Committee and Commission respectively proposed 14 and 10 provinces. Instead, the new Constitution created seven provinces after the Supreme Court issued an interim order that the CA and the political parties cannot promulgate a constitution while postponing federalism and leaving the number and boundaries of provinces undecided. So the Constitution was promulgated with federalism, but  with only seven provinces, which ignored the demands of the Madhes and Janajatis  peoples for their identity and representation.

The first amendment to the Constitution sought to address demands for proportional representation and participation in all government organs. It also guaranteed population size as the first basis for provincial boundary delineation. Nevertheless, the amendment has not been properly implemented.

Except Province 2, in all other provinces marginalised ethnic groups are a minority.

Except Province 2, all six provinces are carved out in such a way that the representation of marginalised ethnic groups are a minority, allowing the two majority groups - Bahun-Chhettri – to dominate. This has systematic implications for the ability of provincial government institutions and policies to embrace diversity and be truly representative, as well as the centralized national structure to maintain control over the administration, judiciary and security in the provinces. Consequently, two years after the formation of provincial governments, the practical influence of the transition to federalism is yet to be visibly felt.

The aversion of the national elite and ethnic majorities towards identity-based federalism, which minority groups have been seeking, is apparent not only in the carving of the boundaries of the provinces but crucially also in the particular procedural difficulty of adjusting the boundaries. Under the Constitution, provincial boundaries may only be changed through   a two-thirds majority at the national level and, unlike other constitutional provisions, with the consent of the concerned province/s.

Establishing the Constitution as a truly Nepali socio-political compact may require compromises to accommodate aspects of identity-based federalism, a system for proportional inclusion and key grievances of the Madhesi and other marginalized communities. In the absence of a continuous effort to ensure wide ownership of the Constitution, it risks becoming a lifeless, even oppressive, document for minority communities.