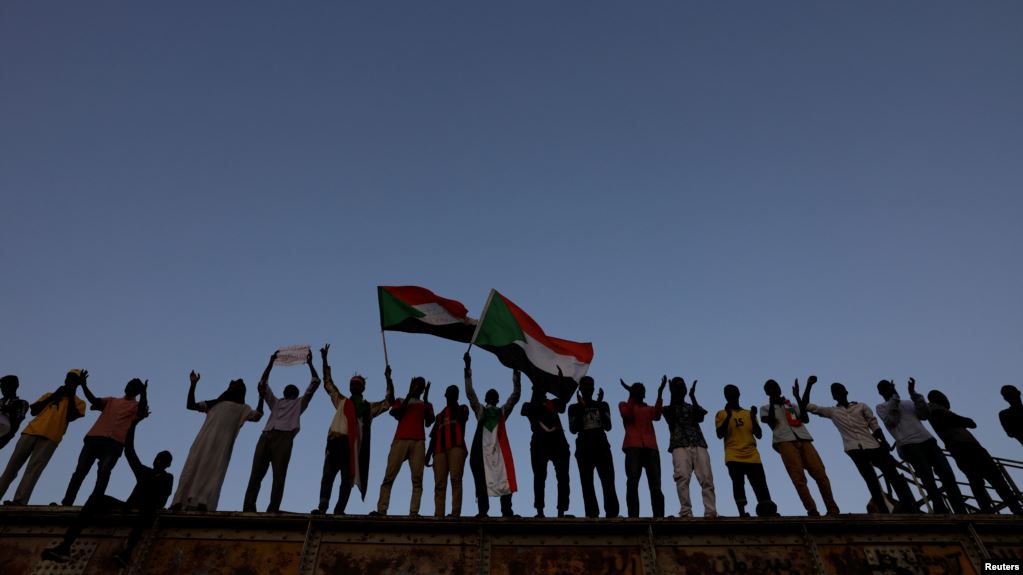 After months of public protest against President Omer al Bashir’s rule, the military removed al Bashir from power and established a Transitional Military Council (TMC) to transfer power to civilian rule. However, the TMC’s suspension of Sudan’s Interim Constitution of 2005 has led to problems of legitimacy that can only be solved by agreement between the protestors and the TMC on a new constitutional framework.

On January 1, 2019, members of the Declaration of Freedom and Change Forces (DFCF), signed a political declaration in which they jointly committed to a political campaign for President Omer al Bahir’s resignation and a four transition to civilian rule. The DFCF is a collation of political parties, professional associations, and CSOs dedicated to creating a sound democratic structure for Sudan. On April 6, the Sudanese Professionals Association (SPA) (a partner group with the DFCF who is leading the protests), called for a sit-in in front of the Sudan Army’s Headquarters until al Bashir’s government falls.

On April 11, after around four months of peaceful demonstrations, public disobediences, and the sit-in in front of the Army’s Headquarters in Khartoum, General Awad Ibn Auf (al Bashir’s Minister of Defense and Vice President) released a statement announcing that the military had removed al Bashir from power. This statement also announced the establishment of a Transitional Military Council (TMC) (composed from all national military and security components) to assume control of the government for a two-year transitional period and the suspension of the Sudan Interim Constitution of 2005.

A few days later, General Ibn Auf resigned from his position and appointed Lt. Gen. Abdel Fattah al-Burhan as head of the TMC. The DFCF rejected this move and continued to protest. The DFCF demanded that the TMC to hand over the government to a civilian authority.

Suspension of the Constitution:

The Judiciary and Constitutional Court:

As a member state of the African Union (AU) since 1963, Sudan is bound by the AU Protocol of the Peace and Security Council (PSC). The AU’s reaction towards current political transformation in Sudan has not been favorable; they have thus far refused to recognize the legitimacy of the TMC.

On April 15, the AU Peace and Security Council (PSC) issued a communiqué that “strongly condemns and totally rejects” the Council’s seizure of power and its’ two-year transition. The AU PSC demanded that the TMC transfer power to a civilian-led transitional government. If the TMC refuses, Article 7(g) of the AU Protocol will automatically suspend Sudan from the AU.

Article 7(g) of the AU Protocol states that: In conjunction with the Chairperson of the Commission, the Peace and Security Council shall: (g) institute sanctions whenever an unconstitutional change of Government takes place in a Member State, as provided for in the Lomé Declaration.

The only way to develop a peaceful political transformation in Sudan is for the TMC and the DFCF to agree on a constitutional framework. The TMC has agreed to negotiate the transition roadmap and constitutional issues with DFCF. Outcomes and consensus of these negotiations must lead to a Constitutional Framework to ease the transitional processes.

On May 15, after weeks of tense talks, there was consensus on almost 80% of the main issues (except the composition and the leadership of Sovereignty Council). The agreement between the two parties included provisions for an executive ministerial council and a legislative council.  The majority of the legislative council (67%) would be selected by the DFCF and the remaining seats (33%) would be selected from non DFCF political components (excluding al Bashir’s National Congress Party (NCP)). The executive ministerial council would be composed of 17 ministers selected from competent civilians by DFCF. So far, no final agreement on the Sovereignty Council has been reached.

The international community has pledged to support Sudan's constitutional arrangements. The UN Independent Expert on the situation of human rights in Sudan, Arisde Nononsi, called on the two parties to resume talks and to speed up the transition period to ensure smooth transfer of power to civilians. Nononsi has also expressed his readiness to cooperate with all parties to help establish a State where: the legitimate demands of the Sudanese people are taken into account, human rights are respected, and the rule of law is upheld. Stephane Dujarric, Spokesperson for the UN Secretary General, also made a similar commitment on May 15, stating that the Secretary General is committed to continue working with the AU in support of Sudan's political transformation.

Sami Abdelhalim (PhD in Constitution Law 2008).  A Sudanese lecturer and certified lawyer since 1994. Published dozens of papers and researches on constitution and human rights issues in Sudan, participated in numerous conferences, symposia, and seminars in East Africa and throughout Europe. Mr. Abdelhalim actively has involved in the Sudanese CSOs field.