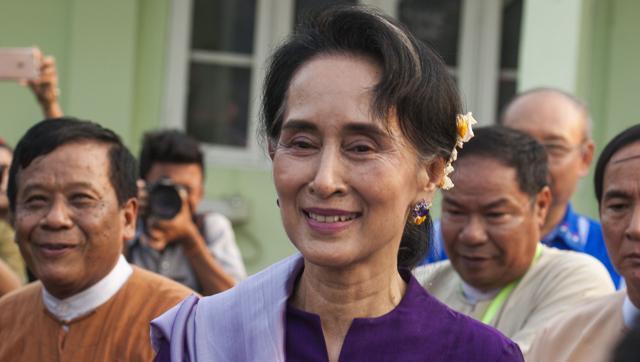 Aung San Suu Kyi: Leader of the NLD (photo credit: AFP)
<p>Myanmar’s Parliament approved on Tuesday the creation of a new post for Aung San Suu Kyi, head of the country’s newly installed ruling party, that is similar to prime minister.</p><p>Suu Kyi is banned by the constitution from becoming president because her children hold foreign citizenship. The bill establishing the position of state counsellor was opposed by the military’s representatives in Parliament, but passed easily because of the strong majority that Suu Kyi’s National League for Democracy (NLD) won in last November’s election.</p>
Read the full article here: Hindustan Times