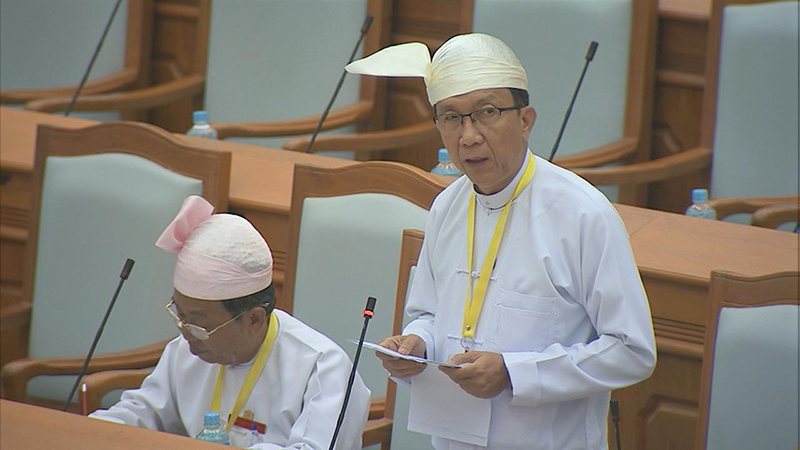 photo credit: Global New Light of Myanmar
<p>The Pyidaungsu Hluttaw on Wednesday voted in favour of postponing a constitutional referendum until after the 8 November general election.&nbsp;The referendum on Section 59 (d) of the Constitution had been scheduled to be held in conjunction with the election, but the Union Election Commission proposed holding it separately at a later date.&nbsp;</p><p>The referendum will ask voters whether the term “military” in the section — which states the president of the union “shall be well acquainted with the affairs of the Union such as political, administrative, economic and military” — should be changed to “defence.”&nbsp;</p>
Read the full article here: Global New Light of Myanmar