Mexico’s Constitutional Reforms: Threats to Judicial Independence from Within? 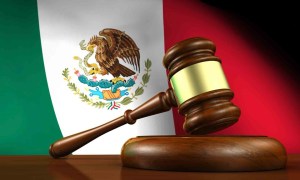 Facing pressure from the Mexican government, the Chief Justice proposed constitutional reforms that concentrate power in the Mexican Supreme Court and the Judicial Council. While the reforms may enable the reining of corruption and nepotism, they open significant threats to the independence of judges from the highest echelons of the judiciary. The concentration of power in the Supreme Court could encourage political and other efforts to capture the Supreme Court, ultimately undermining its status and independence – writes Professor Julio Ríos-Figueroa.

On 14 December 2020 the Mexican Congress approved a constitutional amendment reforming several aspects of the Mexican Federal Judiciary (judiciary). The amendment must be approved by at least half of the state (provincial) legislatures, which is likely to occur in the following months. The judiciary faces this reform while at a crossroads characterized by a non-favorable political context and a legitimacy deficit.

On the one hand, the July 2018 elections resulted in a unified government in which the Movement of National Regeneration (MORENA) and its allies obtained a supermajority of seats in the House of Deputies and a comfortable majority in the Senate, as well as the executive power thanks to popular President Andrés Manuel Lopez Obrador. This scenario of unified government had not occurred since 1997, when the Revolutionary Institutional Party (PRI) lost its majority in the Chamber of Deputies and then the presidency in 2000. Beyond that, between 1994 and 2018, only an average of 26% of the people declared having ‘much’ or ‘some’ confidence in the judiciary (and in no year has this percentage exceeded 40%) according to the Latinobarometer. This crisis of legitimacy of the judiciary was compounded in 2018 by scandals of nepotism and corruption.

The one-party dominance has generated executive temptation to remake the justice sector.

The one party dominance and the crisis of legitimacy has put the judiciary in a precarious situation. Facing a supportive legislature, and a judiciary with weak popular support, executive temptations to remake the institutions of the justice system have emerged. Two vacancies in the Supreme Court were filled with an unnecessary rush and very low levels of Senatorial scrutiny of candidates proposed by the Executive. In addition, more than one hundred legislative initiatives and constitutional amendments were introduced in Congress to reform the Supreme Court and the federal judiciary, including some that directly undermine judicial independence (e.g. increasing the number of justices and packing the court). The forced resignation of now former Justice Eduardo Medina Mora on 4 October 2019 was also an undue interference and a chilling signal to the rest of the Justices and federal judges. The President’s hostile language towards judges and the judiciary in his daily morning conferences add to this list of questionable actions against the federal judiciary.

In this context, Chief Justice Arturo Zaldívar displayed a proactive attitude with the double intention of addressing the sources of the judiciary’s legitimacy deficit and preventing a legislative or constitutional reform from outside that undermines judicial independence. Zaldívar with a small group of collaborators thus prepared their own judicial reform initiative and convinced President Obrador to present it and secure approval by both houses of Congress in December 2020.

Threats to judicial independence from within

The new judicial reform in Mexico is professionally done and has many virtues. Among the most relevant are the strengthening of the Judicial Council as the organ that administers a fortified judicial career through a Judicial School in charge of the merit examinations to recruit judges and law clerks (as well as a center of continuing education for all members of the judiciary). The reform also directly addresses the problem of nepotism and corruption by, for instance, establishing a mandatory disclosure of the names of all relatives also working in the judiciary and, with this information, empowering the Judicial Council to enforce a policy that limits the number of relatives working in the same circuit (and that sanctions undeclared conflicts of interest).

The reform, in addition, strengthens the jurisdictional power of the Supreme Court by giving the force of obligatory precedent to a single decision that receives at least eight votes, eliminating the previous requirement of at least three decisions by the Supreme Court on the same issue before the ruling became binding jurisprudence. The Supreme Court, moreover, consolidates its role as constitutional interpreter through limits to the Court’s docket on constitutional issues (it also used to decide cassation cases in last instance). Last, by no means least, the reform empowers and expands the Office of the Public Defender, and promotes gender equality across all areas and levels of the federal judiciary.

The reforms have an Achilles’ Heel, one that may overshadow the virtues.

While recognising the reform objectives, there are debates on the specifics of the reforms and whether the choices the most optimal on the relevant areas (see, for instance, criticisms to the new system of precedent). However, a comprehensive consideration of the reforms unveils an Achilles’ Heel, one that may overshadow its virtues: the potential of undermining the judiciary’s own internal independence, i.e., the ability of judges to pass decision without fear of consequences from the highest judges and judicial councilors. These internal vulnerabilities could potentially incentivize the eventual takeover of the entire judiciary by the new majoritarian political force: MORENA.

While the Council will have enhanced powers, it will remain subordinate to the Supreme Court.

In this judicial reform, the Judicial Council is turned into the only and final regulator of the competencies and administrative duties of all other courts at all levels of the federal judiciary, except for the Supreme Court. The  Council will appoint the deans and all members of the academic board of the Judicial School and will become the only and final regulator of all processes of selection, formation/education, evaluation, adscription, ratification, and sanction of many members of the judicial system (judicial officials, clerks, and judges at all levels, except Supreme Court Justices and their law clerks). Despite the enhanced powers of the Council, the reform leaves the subordination of the Council to the Supreme Court untouched.

Accordingly, the institutional design established through the judicial reforms does not clearly separate the administrative and jurisdictional functions of the judiciary. Instead, it enlarges and concentrates them at the apex of the federal judiciary, namely the Supreme Court and the Judicial Council. This concentration opens the door for undue administrative pressures on judicial actions potentially undermining internal judicial independence.

The internal abuse of judicial independence is familiar in Mexico’s history.

Furthermore, this concentration of administrative and judicial power at the apex of the federal judiciary renders lower court federal judges vulnerable vis-á-vis their hierarchical superiors, who could use administrative carrots and sticks to promote or disincentivize certain judicial outcomes. This potential weakening of judicial independence from within has happened before in Mexico and other countries, and the reform makes it easier and more likely. The reform empowers the Supreme Court and the Council as the guardians of other federal judges, but fails to establish any checks on the Court or Council themselves.

The recent history, from the important reform that took place in 1994 to 2018, shows that divided government – where the president does not enjoy unfettered majority in Congress, has contributed to the emergence of an effective judicial power in Mexico, which this ongoing reform threatens to undercut. If we add the hierarchical juridical culture and subordination to superiors, the risk of undermining judicial independence from within, and therefore effectiveness of the judicial power, becomes real.

From internal to external vulnerabilities

In the current political context, a weakened internal judicial independence could eventually compromise external judicial independence from the executive and legislature. The excessive concentration of power in the top judicial institutions may incentivize and enable political (and other) actors who wish to take over the judiciary to focus their efforts in filling the future vacancies in the Supreme Court and the Judicial Council with ideological allies. The price of pursuing this soft packing is significant because controlling the top tier implies also, thanks to the reform, controlling the rest of the judiciary.

If reports that another Supreme Court Justice might be under investigation for corruption precipitate another forced resignation, then the current government could effectively take control of the judiciary. Chief Justice Zaldívar has argued that this reform was designed by his small group to prevent the enactment of other more harmful reforms, and also that this is the most important judicial reform in more than two decades. How can it be, simultaneously, the least harmful and the most important reform? Why did the majoritarian political force adopt and support the alternative reforms, rather than pursuing its own initiatives including the one that would have created a new chamber in the Supreme Court and the possibility of packing it with ideological allies?

More than three decades of judicial reforms in Latin America have left a clear lesson: we do not know the right institutional design that can ensure both judicial independence and the efficacy of judicial power. There are countries that share the same institutional design and witness divergent trajectories. There are countries where, without formal judicial reform, the judiciary becomes more or less effective and the judges more or less independent over time as other factors change. As such, judicial reforms through constitutional amendments are necessary but not sufficient to produce desired behavioral changes on behalf of judges and other judicial officials.

However, the Latin American experience with judicial reforms also teaches us another important lesson: while we may not be able to define which institutional designs actively support the independence and efficacy of the judiciary, we can easily recognize those institutional designs that undermine them. The new judicial reform in Mexico, despite its many virtues, includes a key weakness: the concentration of power in the top of the judicial pyramid that could undermine internal judicial independence, and lead to a loss of external judicial independence when the executive also controls the legislative power.

Pending cases before the Supreme Court may signal whether the reform will actually enhance or weaken judicial independence. The Court has in its docket several cases that are directly related to the main policies put forward by the incumbent government, including the role of the armed forces in internal security, the role of constitutional autonomous organs, and the state policy regarding energy. Decisions in these cases will show how close the Supreme Court is to the current government and whether the newly acquired powers by the Court and the Judicial Council will bear on the judiciary to align the federal judges to the new political wave.

Julio Ríos-Figueroa is Professor of Law at ITAM in Mexico City. He is the author, among other publications, of the book ‘Constitutional Courts as Mediators: Armed Conflict, Civil-Military Relations, and the Rule of Law in Latin America’ – Cambridge University Press. His works are available at: https://rios-figueroa.com/