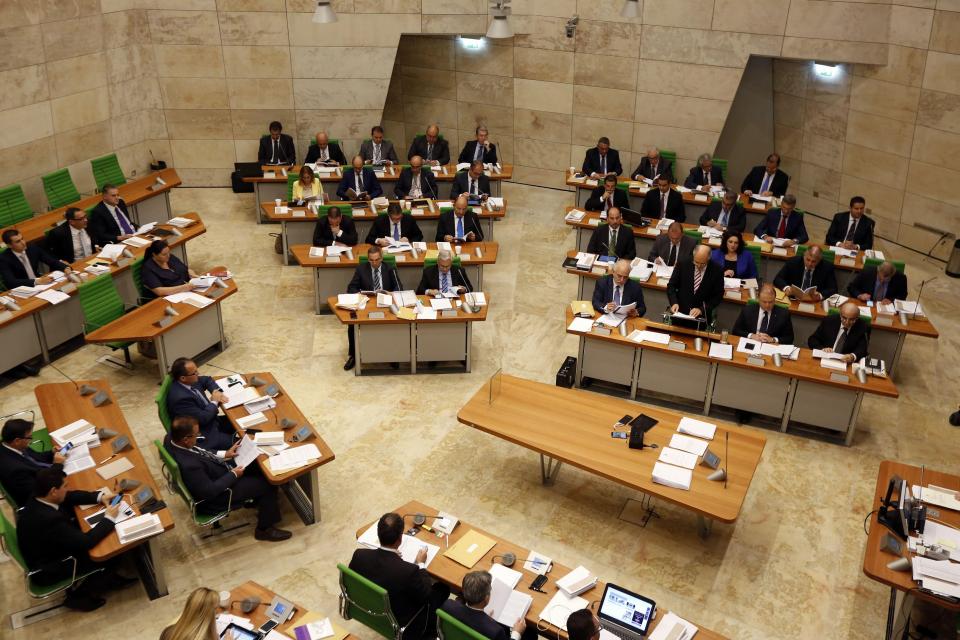 Women hold just 15 percent of the seats in Malta’s parliament, the second lowest percentage in the EU. Ostensibly to remedy this deficit, the Maltese constitution will soon be amended to allocate 12 additional parliamentary seats for women if they do not gain a 40 percent share in the 2022 elections (and for 20 years afterwards). Nevertheless, Maltese politics suffers endemic problems: a bloated parliament, nepotism, and wide-spread corruption. So while the intention is good, adding more women to parliament will not solve these institutional weaknesses, nor will it fix the underlying societal structures that undermine women’s equality – writes Victor Paul Borg.

In January 2021, the Maltese Parliament approved on second reading reforms to the constitution as well as the law on elections that seek to enhance women’s representation in parliament and the Electoral Commission. The proposed reforms have received cross-party support and are set to be approved with the required two-thirds majority in the next stages. It is, however, not clear whether the cross-party support emanates from genuine commitment for the chosen modality of ensuring gender equality, rather than a strategy to avoid blame for blocking these modest proposals.

The proposed constitutional changes are driven by a stark statistic: only nine of Malta’s current 67 members of parliament are women.

The proposed constitutional changes before parliament are driven by a stark statistic: only nine of Malta’s current 67 members of parliament (MPs) are women, putting the country the second from lowest, after Hungary, for proportion of women MPs in Europe. This is reflected in the female employment rate of just 63 percent, which is among the bottom five in the European Union.

All key socio-political stakeholders, including, notably, the National Commission for the Promotion of Equality (NCPE) – an official national body charged with promoting and safeguarding gender equality – are supportive of greater gender balance in parliament and across state institutions. The primary motivation is that greater female participation in public life will make for better governance, and precipitate greater gender equality in society more generally. There are nevertheless divergences on the most appropriate institutional mechanisms for achieving meaningful and legitimate equal representation. Some groups, including the NCPE, have also lamented the lack of wider efforts for a truly cultural shift towards equality.

The measures proposed by the Labour Party-led government and currently making their way through parliament seek to change the constitution to allocate up to 12 additional parliamentary seats to “the under-represented sex” if they do not reach 40 percent of the proportion of MPs. If approved, the procedure will be implemented from the next planned elections in 2022. Another measure seeks to increase the number of Electoral Commissioners from 8 to 10, and require half of Commissioners – or at least four – to be female. All current Electoral Commissioners are men.

The proposed constitutional reforms would expire after 20 years unless renewed before expiry – the idea is that the target of the least-represented gender having 40 percent representation would be achieved within 20 years.

The Opposition Nationalist Party maintains it would have handled the matter differently. In the ongoing committee stage, it is now seeking to widen the measures and commitments towards gender equality. After committee, where both parties discuss the amendments clause by clause around a table, it will be moved to third reading and final vote. The Opposition, even though it wants to see amendments at committee stage, has already said it will still vote for the present legal changes if that is the only proposal on the table.

The amendments might even garner unanimous support – if the three independent candidates vote in favor – ensuring a tally of votes well over the two-thirds majority needed for constitutional change.

A gender-corrective mechanism is only one element of the comprehensive reform needed.

In a statement, the NCPE welcomed the legal measures saying “one achievement of the proposed reform” is that finally, after 70 years of inaction, “robust attention has been raised in the different media” about the low participation of women in public life. It nevertheless emphasized that “a gender-corrective mechanism is only one element of the reforms necessary to achieve Gender Balance in the House of Representatives”.

The main criticism emanating from various quarters is that this tinkering with the ratios of the genders in parliament is not being bolstered by concurrent measures for a cultural paradigm shift. The NCPE outlines some barriers to women’s political participation, such as “pervasive gender stereotypes, lack of family-friendly arrangements and a male dominated political sphere.”

Others have pointed to the runaway success of two star politicians – Roberta Metsola on the National Party (conservatives) side, and Miriam Dalli on the Labour side, who led the packs on either side by a wide margin and together garnered around a third of the national vote in the last elections for the European parliament – as evidence that successful women politicians do not need a “leg up.”

Nevertheless, despite the progress and isolated achievements, there is no denying that Malta remains stoutly Catholic and conservative: women are predominantly regarded as child-bearers primarily and careerists secondarily, while men are considered the primary breadwinners.

This traditional role division is dramatically evident in the Family Court where, after family dissolution, children are assigned to the mother – the father gets to see the children for two hours on Tuesdays and Thursdays, and then for a 24-hour cycle at the weekend. This idea is so legally entrenched that judges refrain from endorsing amicable agreements between the parents setting out more equal parenting time in a contract of separation.

The gender-balancing mechanism has also been criticized because it will make parliament more bloated, without changing the underlying political landscape dominated by two parties whose MPs almost always vote along party lines. Accordingly, in the absence of a wider parliamentary reform to allow parliament to truly fulfill its role in a deliberative democracy, beyond serving as an echo chamber for the two parties, the enhanced representation of women may not alter the DNA of Maltese politics.

Moreover, MPs serve part-time, further discouraging female participation as parliament convenes in late afternoon after MPs’ day jobs, and virtually all MPs of the ruling Labour Party are engaged in government positions. The latter undermines autonomous thinking and is a major weakness, because such a situation makes parliament unable to fulfill its democratic function of scrutinizing, and being independent of, the executive arm of government.

This setup and prevailing culture among MPs is one of Malta’s chief rule-of-law weaknesses, and the Council of Europe’s Venice Commission, Europe’s foremost constitutional advisory body, has twice recommended reform of parliament to make it independent of the executive. The Commission recommended making MPs full-timers, endowing them with parliamentary office and staff, and weaning them off government engagements. Yet the government has ignored these recommendations.

Critics now maintain that instead of moving towards a leaner, more rigorous parliament, the addition of 12 women MPs under the banner of a gender-balancing mechanism would simply serve to make a parliament that is not performing its democratic functions only more bloated, but not more effective or innovative. Such critics hold that merely adding female MPs in an artificial manner would neither improve parliament’s performance nor precipitate greater gender balance, but simply serve to co-opt sub-par female candidates. They suggest different solutions, particularly focusing on policies that promote cultural change.

The civil society organization, Repubblika, which is active on issues of rule of law and constitutionalism, published a report in late January that called for extensive reform more far-reaching than the recommendations of the Venice Commission. It made no mention of the gender-correcting mechanism, but implicitly criticized the approach of having the two parties divide the spoils of an additional 12 women MPs.

Critics argue for a radical reimagining of Malta’s parliamentary democracy

Repubblika dismissed “minor tweaks” as largely unhelpful. The report states: “We argue for a radical rethink of our Parliamentary democracy intended to bring Parliament back to the centre of our democratic mechanisms and ensuring government is accountable to Parliament rather than the other way round.”

Another consistent critic is former MP Franco Debono, an outspoken maverick who has been criticizing the high number of MPs per capita in Malta. Statistics show that Malta does indeed have the highest number of MPs per capita in Europe by far, and Debono argues that this breeds overfamiliarity between MPs and constituents that in turn fosters an unhealthy, nepotistic relationship between voters and MPs.

Nepotism is one of Malta’s endemic political problems, together with widespread corruption and weaknesses in rule of law institutions – the weakness is principally due to the same nepotistic engagements that a large, bloated parliament engenders.

The recent reforms designed to address these weaknesses have been described as “unsatisfactory” by a rapporteur of the Council of Europe. These reforms have been patchy, and full of loopholes.

In this context of a weak parliamentary system, there is concern that the addition of 12 women MPs after the next election in 2022 may merely exacerbate the problems associated with nepotism and overfamiliarity.

There are therefore calls to consider alternatives to the top-up system, which leaves the matter largely to political parties. Left-leaning organization, Moviment Graffitti, has been the boldest in calling for a rethink to the current legal changes in parliament. They propose instead a different temporary special measure to enhance gender equality already in place in many countries around the world: quotas for gender balance on party lists of election candidates. Gender quotas on candidate lists, according to its statement, would ensure “a more democratic and meritocratic process than the one currently being debated in Parliament.”

Victor Paul Borg is a Maltese journalist/writer and photographer who has worked in various countries and published a range of work around the world. He currently does investigative journalism and analyses, with a specialty in justice issues, mostly published in his native Malta.

Godfrey Leone Ganado 20 February 2021
<p>Thanks for a very good article.</p> <p>I fully agree with you, about the sub-par standard of women candidates placing their names on the candidates list.</p> <p>Without minimum 'qualifications' for candidates, one expects illiterates, semi-literates and 'unsavoury' characters, to find an easy way of getting an 'honourable' job, with entitlement to living perks and an additional pension on retirement.</p> <p>I am also very surprised, how a woman with good academic credentials contesting on behalf of a third party or as an independent, and obtaining a much higher amount of votes than others contesting on behalf of the two traditional parties, are excluded from being part of the additional 12 seats.</p> <p>This is nothing more than gender inequality within the same gender.</p> <p>What our Parliament requires, is a multiplicity of representative political parties, and above all, quality representatives rather than quantity. Unfortunately nothing is being proposed to achieve this objective.</p> <p>&nbsp;</p> <p>&nbsp;</p>
J.D. Mussel 25 February 2021
<p>By what measure is Malta's Parliament "bloated"? What scholarship in political science suggests it should have fewer MPs?</p>