In Malaysia, parliament passes amendment bill regarding status of Sarawak and Sabah 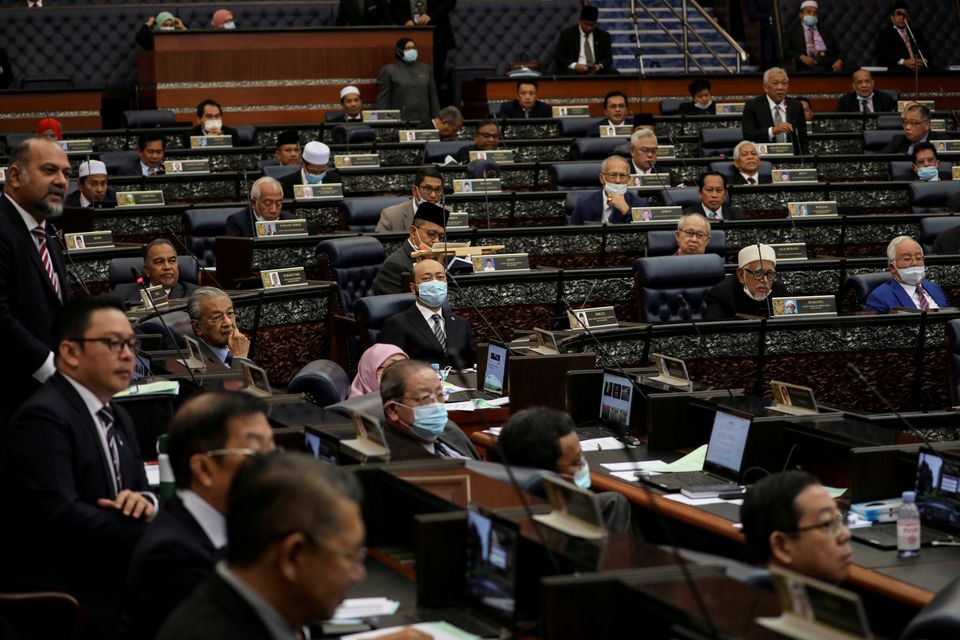 Parliament of Malaysia (photo credit: Reuters / Lim Huey Teng)
The ruling coalition secured a crucial two-thirds support to amend clauses of the Federal Constitution to reflect the Malaysia Agreement 1963 (MA63) in a move that could restore the status for Sarawak and Sabah as equal partners to peninsular Malaysia. The amendment Bill was given passage through bloc voting, with 199 members of Parliament backing the Bill without opposition, Speaker Tan Sri Azhar Azizan Harun announced. [...] The amendment, according to Wan Junaidi [MP for Santubong and a Sarawakian], would see MA63 placed in an equal footing with the Federal Agreement 1948 and Federal Agreement 1957, as it detailed the stage of the formation and the direction of Malaysia from the Federation of Malaya 1948 and to the direction of the Federation of Malaya 1957 when the Federal Constitution was being adopted in 1957. “What we are doing here is to place the MA63 in the Federal Constitution in order to become the real Malaysia in the context of the three agreements — Federal Agreement 1948, Federal Agreement 1957 and the MA63,” he said. “It gives dignity to Sabah and Sarawak as being part of Malaysia, which then created this country.” With the amendment, Article 160(2) of the Federal Constitution, among others, is redefined with the insertion of MA63 to underline the inclusion of Sabah and Sarawak into the federation, giving due recognition to the special status of the two states as an autonomous bloc. The federation was previously defined merely by the Malaya Agreement 1957. The same article was also amended to recognise Malaysia Day as September 16, 1963. Despite several references, the Constitution had until now defined the Malayan Independence.
Read the full article here: Malay Mail