LGBT rights in India: The Doctrine of Constitutional Morality and Counter-Majoritarianism in the Context of Institutional Supremacy 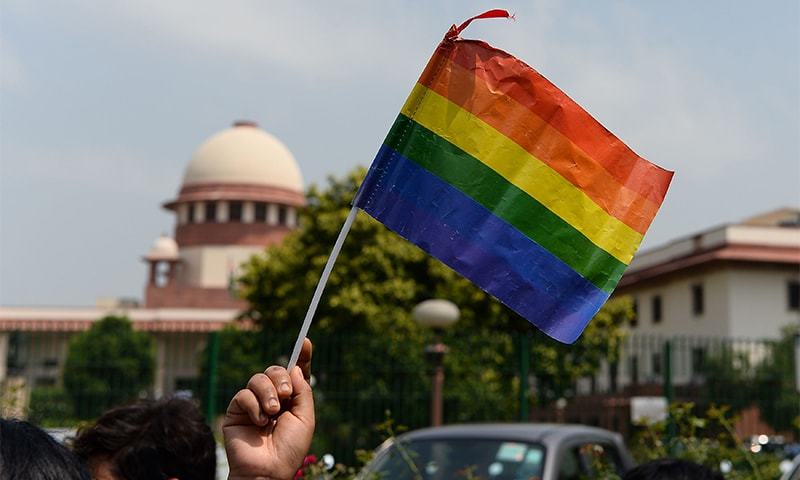 Beyond affirming the rights of LGBT minorities and other vulnerable groups, the Supreme Court of India has developed crucial constitutional principles necessary to maintain and safeguard its institutional supremacy and counter-majoritarian functions. The difficulty of channeling concerns of unpopular minorities through regular legislative contestation justifies the assertive interventions of the Supreme Court – writes Arundhati Katju.

In September 2018, a Constitution Bench of the Indian Supreme Court delivered a historic ruling in Navtej Singh Johar and Others v. Union of India, finding that Section 377 of the Indian Penal Code, India’s colonial-era sodomy law, violated the constitutional guarantees of equality, privacy, and dignity. By grounding LGBT rights claims in the Constitution’s equality protection, the Johar judgment has leapfrogged ahead of decriminalization, laying the foundation for future LGBT rights challenges. The judgment heralds a new dawn for LGBT rights and, more broadly, for individual liberties in India. Jurisprudentially, Johar puts the individual at the heart of the constitutional scheme and consolidates the Court’s 'right to choice’ jurisprudence (begun in Common Cause v Union of India, and cemented in Shafin Jahan and Shakti Vahini).

Johar must also be understood in the context of ongoing struggles between the Indian Parliament and the Supreme Court.

Aside from the substantive rights it affirms, Johar must also be understood in the context of ongoing struggles between the Indian Parliament and the Supreme Court. In this context, Johar’s doctrine of constitutional morality strengthens the Supreme Court’s powers of judicial review to ensure the Court’s institutional supremacy within the constitutional scheme. Secondly, against a backdrop of heightened sectarian and caste violence under the ruling Bharatiya Janata Party (BJP) government, Johar sees the Court crafting a counter-majoritarian role for itself as a constitutional institution.

The issue of judicial deference to Parliament in social values cases had arisen in 2013, when a Division Bench of the Indian Supreme Court consisting of Justices Singhvi and Mukhopadhyaya upheld the constitutionality of Section 377 in Suresh Kumar Koushal v Naz Foundation. Section 377 made ‘carnal intercourse against the order of nature’ an offence punishable with a life sentence or, at a minimum, ten years imprisonment. Koushal came under widespread criticism for its poor legal reasoning.  The judges found a presumption of constitutionality protecting pre-constitutional statutes, that Section 377 criminalized only sexual acts and not LGBT persons as a group, and that since only 200 cases were prosecuted in the last 150-odd years, the aggrieved persons represented a ‘miniscule minority’ who, by implication, did not warrant constitutional protection due to their small numbers.

In an earlier decision, the judiciary had abdicated questions of LGBT rights to Parliament.

Koushal displayed a degree of judicial deference quite out of line with the judicial activism Justice Singhvi had embraced in other cases, most notably the 2G spectrum scam, where the Court exercised extraordinary powers of oversight over a criminal investigation and canceled 122 telecom licenses. Corruption subsequently became a leading issue in the 2014 elections, eventually resulting in the downfall of the then Congress government. In Koushal, however, the Court noted:

While parting with the case, we would like to make it clear that this Court has merely pronounced on the correctness of the view taken by the Delhi High Court on the constitutionality of Section 377 IPC and found that the said section does not suffer from any constitutional infirmity. Notwithstanding this verdict, the competent legislature shall be free to consider the desirability and propriety of deleting Section 377 IPC from the statute book or amend the same as per the suggestion made by the Attorney General.

In abdicating questions of LGBT rights to Parliament, Koushal seemed to borrow from Justice Scalia’s 2003 dissent in Lawrence v Texas, which recommended judicial deference on questions of LGBT rights: ‘Let me be clear that I have nothing against homosexuals, or any other group, promoting their agenda through normal democratic means’. Koushal’s judicial deference, however, gave the Supreme Court an opening five years later to reassert its constitutional supremacy in a vastly changed political landscape.

After the BJP won a landslide victory in 2014, one of the Government’s first steps, backed by state legislatures and a unified Parliament, was to change the procedure for appointment to the higher judiciary. The Government introduced the National Judicial Appointments Commission Act, 2014, together with the 99th Amendment to the Constitution, which made the Commission a constitutional body. The Commission, which would have consisted of the three senior-most Supreme Court judges, the Union Minister for Justice, and two ‘eminent persons’, was to replace the collegium system, under which the Chief Justice of a High Court or the Supreme Court together with the four senior-most judges of the Court would recommend names for judicial appointments.

The decision comes at a time where the Court has been pushing back strongly against encroachment on its powers and independence.

The judiciary pushed back strongly against this encroachment on its powers, striking down the constitutional amendment and the Act by a 4:1 majority. The resulting stalemate over a proposed Memorandum of Procedure for judicial appointments led to what one newspaper called a ‘crisis’ as the Central government stalled appointments to the Supreme Court. In 2016 the Chief Justice of India, TS Thakur, burst into tears while speaking about judicial vacancies before Prime Minister Modi during a joint conference of Chief Ministers and Chief Justices of the High Court. Efforts to agree a Memorandum of Procedure for the appointment of higher judges between the Supreme Court and the government are yet to be finalized.

With Johar, the Court has reiterated its supremacy over Parliament by expanding its traditional powers of judicial review and declaring itself to be a counter-majoritarian institution within the constitutional scheme. The Johar petition went beyond simply striking down Section 377, seeking also a declaration that the right to choice of sexual partner is protected under the Constitution’s right to life guarantee. The interpretation of the right to life was, therefore, firmly within the Court’s jurisdiction. The Government, however, sought to limit the case to the question of decriminalization. In its reply to the writ petition, filed on the second day after hearings commenced, the Government left the question of the constitutional validity of Section 377, insofar as it related to ‘consensual acts of adults in private’, to the ‘wisdom of this Hon’ble Court’. It added the caveat that it would file a substantive reply if the Court took up any other issues relating to LGBT rights.

The Court's decision has reinforced its claims of institutional supremacy.

But the Court rightly found that the terms of the constitutional reference were not limited by the Government’s affidavit, exercising its powers of judicial review to strike down Section 377 as incompatible with the fundamental rights chapter. The Court held that the test of equality under Article 14 of the Indian Constitution is arbitrariness and not mere classification, that Article 15’s prohibition of sex discrimination included sexual orientation discrimination, and finally, that the right to freedom of expression includes the right to choose a sexual partner.

Aside from expanding the fundamental rights guaranteed under Chapter III, the Court made two crucial moves to strengthen its institutional supremacy. First, Johar cemented the doctrine of ‘constitutional morality’. In Manoj Narula v Union of India, another 5-judge bench of the Supreme Court of India had taken  ‘constitutional morality’ in its traditional sense of respect for the rule of law.  In Johar, however, the phrase is elevated to a doctrine, reflecting values which underlie the entire constitutional text. In the words of Justice Nariman:

The very purpose of the fundamental rights chapter in the Constitution of India is to withdraw the subject of liberty and dignity of the individual and place such subject beyond the reach of majoritarian governments so that constitutional morality can be applied by this Court to give effect to the rights, among others, of ‘discrete and insular’ minorities.

The doctrine of constitutional morality is an emphatic guarantee that the Supreme Court of India is committed to protecting all minorities, despite opposition from majoritarian governments.

While relegating matters to the legislative process may seem like an appropriate way to resolve fraught social questions, this is an uphill battle for scattered minorities that lack electoral muscle. Member of Parliament Shashi Tharoor’s bill to decriminalize homosexuality was never tabled in Parliament, and the Transgender Persons (Protection of Rights) Bill, 2016 has yet to be passed. By contrast, in this court term itself, the doctrine of constitutional morality has led the Supreme Court to strike down a ban against women entering the Sabarimala temple in Kerala. The doctrine of constitutional morality, coupled with the Court’s role as a counter-majoritarian institution, is an emphatic guarantee that the Supreme Court of India is committed to protecting all minorities, despite opposition from majoritarian governments.

Arundhati Katju represented Navtej Singh Johar and other lead petitioners in the Section 377 case before the Supreme Court of India. She practices law in New Delhi, awaits admission to the New York Bar, and is a JSD candidate at Columbia Law School.