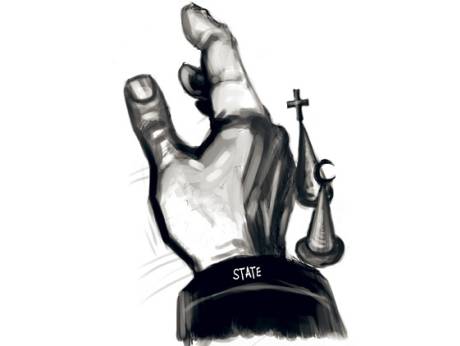 The political crisis that led to the Lebanese presidential stalemate has triggered debates on constitutional reform on fundamental issues, including the confessional political framework. The need to ensure inclusivity and circumvent legal barriers to reform may necessitate the establishment of a constitutional commission and adequate popular and civil society engagement.

The most significant political impasse for Lebanon in the twenty-first century is undoubtedly the two-year presidential vacancy that ensued when the term of Michel Suleiman came to its conclusion on 25 May 2014, despite forty-five fruitless attempts carried out by the Lebanese Chamber of Deputies to elect a new president. Intensified by the war in Syria and the battle for supremacy in the Middle East between Iran and Saudi Arabia, the presidential crisis emerged from deep-seated divisions between sectarian political parties in Lebanon. While the first parliamentary attempt to elect a president successfully obtained the quorum, no presidential candidate reached the two-thirds majority vote at the first round. All successive rounds failed to ensure the necessary quorum due to the boycott of more than a third of MPs. This parliamentary deadlock and resulting executive power vacuum reinvigorated debates about the dysfunction of the Lebanese confessional system and the urgency to reform it –or radically transform it– through constitutional and legislative amendments.

From a ‘pure’ constitutional and legal perspective, the presidential vacancy has raised a number of constitutional interpretation issues. The constitution is not clear whether the quorum required to elect the president is two-thirds of the majority of all the members of the Parliament (art. 49), or an absolute majority (art. 34). Whether or not MPs have a ‘constitutional right’ to boycott the electoral sessions is also controversial. The authority of the Parliament to make laws during the vacancy period is unclear due to its explicit constitutional status as an electoral body, not a legislative body (art. 75). The vacancy has also triggered some debate on constitutional reforms on fundamental issues, including the place and future of ‘confessionalism’ as the basis of Lebanese socio-political order.

Confessionalism as a basis of Lebanese political framework

Rooted in previous systems of government enacted by the Ottoman Empire, confessionalism was instituted as a temporary provision in the 1926 Lebanese constitution in order to ensure a peaceful coexistence among the various religious communities – Sunni, Shia and Maronite Christian. As a political system, confessionalism refers to the distribution of political and administrative authority amongst confessional communities wherein each community is granted complete autonomy to regulate the personal status of its followers.

Initially adopted as a temporary constitutional settlement, confessionalism was later maintained by the 1943 ‘National Pact’, which laid the foundation of the post-independence Lebanese political system. In the decades that followed, empirical dysfunctions of confessionalism were abound, as it was considered to have caused much of the political turmoil that led to the Lebanese Civil War in 1975. In spite of its apparent flaws, confessionalism was further strengthened by the ‘Taif Agreement’ (also known as the Document of National Accord). The Agreement provided the basis for ending the war in 1989 and the return to the political ‘confessional’ normalcy upon the incorporation of most of its clauses into the 1990 Lebanese constitution. According to the current system, the President must be a Maronite, the Prime Minister a Sunni and the Speaker a Shia. Since then, the Lebanese constitution has not been the subject of any major amendments and ‘consensual democracy’ still governs the confessional power-sharing political system.

The potential for constitutional reform

Throughout much of Lebanese modern history, proponents of confessionalism among the political elite have sought solutions to similar issues outside constitutional institutions. In similar vein, Nabhi Berri, the Speaker of the Chamber of Deputies, introduced the so-called ‘National Dialogue Table’ in May 2014, addressed to political leaders including the heads of the largest political parties or parliamentary blocs, who represent the major religious communities in Lebanon. Even though the main goal of these dialogue rounds was to find an informal mechanism to elect a president and to maintain a peaceful environment between sectarian political parties during the presidential vacancy, the National Dialogue resulted in broader discussions and reform proposals that extended beyond the presidential election.

While these dialogues failed to lead to any concrete solutions, four main camps have emerged from the multiple national discussion rounds. Some confessional leaders (such as Samir Geagea of the ‘Lebanese Forces’) want to resolve the presidential vacancy by focusing on selecting a consensual candidate during the national dialogue, thereby omitting any discussions on constitutional or legal reform before the presidential election takes place in the parliament. In this way, the National Dialogue could serve as a platform to agree on a consensual candidate, making the parliamentary process a mere formality. Others (such as Michel Aoun of the ‘Free Patriotic Movement’) link the presidential vacancy to an agreement on an electoral law for the Chamber of Deputies, which is considered illegitimate, with no right to elect a new president since it auto-extended its term twice (on 31 May 2013 for 17 months and on 5 November 2014 for 31 months). Furthermore, their claim for a new electoral law arises from their consideration that the current law is unconstitutional. According to this camp, a new Chamber of Deputies, elected based on the new electoral law, should elect the president.

Some actors (such as Nabih Berri of the ‘Amal Movement’) see broader answers to the political dilemma by giving effect to the constitutional reforms which came out of the Taif Agreement but were never fully implemented, such as the establishment of a Senate in which all religious communities will be represented. Some others (such as Sayyed Hassan Nasrallah of ‘Hezbollah’) seek a radical transformation of the Constitution by calling for a constituent assembly elected by the people to clarify, once and for all, the constitutional order during political struggles that may arise during an internal or external crisis in Lebanon.

Some initial remarks on the latter camps who seek to reform or transform the constitution are helpful for further clarification. First, according to the present Constitution, it cannot be amended before the election of a new president. Therefore, regardless of any potential constitutional reforms that may be agreed upon in the future, none can be formally declared and/or implemented before the end of the presidential crisis.  Secondly, some of the calls to constitutional reform run contrary to the original constitutional purposes for which they were created. For instance, the establishment of a Senate is mandatory in the current Constitution after the formation of a ‘National Committee’ headed by the President of the Republic, which would propose the means to ensure the abolition of confessionalism, and after the election of the first Chamber of Deputies on a national, non-confessional basis. In other words, the Constitution envisions the creation of the Senate in tandem with the deconfessionalization process. Some proponents of constitutional reform seek to establish a Senate on the grounds of confessional sectarianism while bypassing the election of the Chamber of Deputies on a national basis and by requiring that each religious community elect its own senators. In addition, some politicians (such as MP Atef Majdalani) have asked to ensure that the Speaker of the Senate will also conform to the principle of religious equality in the distribution of the future ‘Four Presidencies’ – two Christians: President of the Republic (Maronite) and the Speaker of the Senate (Greek Orthodox), and two Muslims: The Prime Minister (Sunnite) and the Speaker of the Chamber of Deputies (Shiite).  To keep the power of the Maronite President within the hands of a Christian (Greek Orthodox) Speaker of the Senate, reformists seek to amend the constitution so that, in cases of presidential vacancies, the Speaker of the Senate will exercise the authorities of the President.

In addition to the political and judiciary reform prospects, Lebanese civil society has the potential to play an integral role in the debate on constitutional reform. The waste management crisis in 2014, for instance, marked the recent rise of Lebanese civil society. Protesters and activists from different NGO’s mobilized on social media calling into existence new movements and political groups.  These movements took advantage of the last municipal elections in May 2016 to promote an alternative option for the voters, rather than stand by the ‘corrupt’ confessional political elite. More recently, some of the civil society figures gathered under an initiative named ‘Humanist Lebanon’ demanding that parliamentarians do their constitutional duty and elect a president.

If the Lebanese political class is serious and sincere in reforming the constitutional system, it should not monopolize the process. As mentioned above, if the formal process for modifying the Constitution is rendered impossible due to the presidential vacancy, an alternative mechanism, such as the creation of a constitutional commission, could be put in place. The latter would include members of the Constitutional Council, the political ‘sectarian’ parties and leaders, as well as civil society representatives. While the political elite and legal experts, based on their position and status, are traditionally included as principal interlocutors in the debate on Lebanese constitutional reform, representatives from civil society are often neglected. However, the latter may enhance the national dialogue by adding new topics to the ‘reform agenda’, such as the constitutional right to a healthy environment, women’s empowerment, and the push for the deconfessionalization of the political system. The obvious disadvantage of a constitutional commission is that the presidential vacancy may be extended due to the diversity of interests and the multi-layer negotiations it requires. Nevertheless, where long-term solutions are concerned, such a process could clarify the very root of current constitutional controversies and provide a tenable pathway to overcome the presidential vacancy.

Dr. Simon Badran is Assistant Professor at the American University in the Emirates (AUE). His profile is available here.