Kenyans and the Constitution under attack 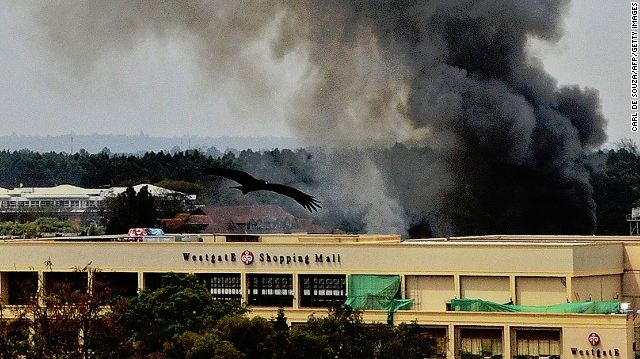 Terrorist attack on the Westgate Shopping Mall in September 2013

Debate has been raging in Kenya after the passing of a law that the government thought would be crucial in the fight against terrorism. The law, the Security Laws Amendment Act, 2014 was enacted in December 2014. After it was passed, opposition parties went challenge the constitutionality of the law in court and had eight provisions of the law suspended awaiting review by a constitutional Bench appointed by the chief Justice.  This tension between constitutional freedoms and national security is a debate occurring across the globe, as reflected in pieces in this series this month from Pakistan, France and UK.

In 2014 terrorists killed more than 140 people in Kenya. In 2013, Kenya witnessed one of the most daring terror sieges in history when Al-Shabab linked terrorists attacked the Westgate Shopping Mall in Nairobi and killed 67 people. Al-Shabab has claimed responsibility for almost every terror attack that has happened in Kenya since 2011 and demands the withdrawal of Kenya Defence Forces (KDF) from Somalia. They have alleged that KDF has been torturing, killing and raping women and children while looting and pillaging the South of Somalia. (KDF entered Somalia in late 2011 as a response to Al-Shabab attacks at the Kenyan Coast and to assist the Somali government to eliminate the terror group.)

The response to terror attacks by the government of Kenya has been wanting. After the Westgate attack, the government harassed, arrested, allegedly tortured and detained many members of the Somali community and illegal immigrants for weeks on end without trial. At the time, the government claimed to have been implementing the Prevention of Terrorism Act, 2012 while it was infringing on fundamental rights and freedoms of members of certain ethnic groups in the pretense of fighting terror. The continued detention and profiling of certain communities did not avert the terror attacks that took place in 2014.

For decades, the Kenyan security forces have earned a reputation for a lack of professionalism, tribalism, being involved in corrupt and criminal activities and nepotism. Anecdotal evidence points to the fact that some members of the security forces and immigration officials have been in cahoots with terror cells, offering them safe passage into Kenya and facilitating terrorism activities. A UNEP report on environmental crimes released in 2014 indicated that KDF was indirectly funding Al-Shabab by facilitating the illegal trade in charcoal and sugar in Somalia.

In the hope of dealing with the terror problem, the government crafted the Security Laws (Amendment) Bill 2014. The Bill was hurriedly published and tabled in the National Assembly through exploiting provisions of the Standing Orders that allow for a reduction of time in terms of the number of days a Bill required for each of the three mandatory readings in the House. Once the Bill had been published and presented before the National Assembly, there was uproar from minority parties in Parliament, civil society and the Kenyan public in relation to the provisions of the Bill which were perceived to be unconstitutional, a claw-back of fundamental rights and freedoms plus an affront to the rule of law.

After the motion to adjourn debate on the Bill and its amendments failed, parliamentary debate on the Bill became one of the most chaotic in Kenyan history. There was heckling, fighting, booing, name calling and disruption of debate. Members of the National Assembly from both sides of the political divide caused chaos on the floor of the House. The Bill was however passed amid the pandemonium and assented to by the President a few days after.

While it is not possible to predict what the Court will decide, there is credible fear that the State may use the amendments to the security laws to stamp out opposition, dissent and any criticism of the government as the case was in the 1970s to the 1990s. In those decades, the State derogated on fundamental rights and freedoms by unlawfully detaining, torturing and harassing perceived enemies of the political status quo – using security powers to protect the regime, rather than the people

The first provision of the law to be suspended was Section 12 that limits the freedom of speech and freedom of media by limiting the publication or distribution of material likely to cause public alarm, incitement to violence or disturb public peace. The law does not define such material and hence gives broad discretion to the security services in deciding when and where to apply the law.

Section 16, allowing the Prosecution to withhold evidence from the Defence up until close to the hearing date, was also suspended. This arbitrarily limits the right to a fair trial which is a non-derogable right under the Constitution.

One of the most controversial provisions is Section 48 that sought to limit the number of refugees and asylum seekers in Kenya. It states that number of refugees and asylum seekers permitted to stay in Kenya shall not exceed one hundred and fifty thousand persons. This is in a country hosting more than half a million refugees and asylum seekers. The United Nations Convention relating to the Status of Refugees and the Organization of African Unity [OAU] Convention Governing the Specific Aspects of Refugee Problems in Africa which Kenya has ratified are all against the principle of taking back refugees to areas where they may suffer harm. While there are no specific provisions on the Constitution, Section 48 of the Security Law goes against Article 2 of the Constitution that domesticates international treaties ratified by Kenya.

Suspended also was Section 56 that gives the National Intelligence Service powers to undertake covert operations and Section 64 that outlaws publication of material that supports terrorism, training for purposes of terrorism, foreign terrorist fighters and travelling to a country for purposes of terrorism was also suspended. Again, this gives wide discretion to the security agencies in determining who they perceive as a terror suspect, and under their own determination proceeding to limit fundamental freedoms such as freedom of movement.

One fact that has not gained notoriety in the debate on the Security Law is that Article 24 of the Constitution does allow for the limitation of rights and freedoms through legislation. The limitations should be through the least restrictive means and respect the letter and spirit of the Constitution. Kenya looks forward how the constitutional court will balance this provision while guaranteeing constitutionalism and the rule of law. Regardless of the Court’s decision, two things are clear.  Firstly, whilst it may be that the current terrorism threat requires we limit certain rights in the interest of national security, the manner in which the law was pushed through brings back ominous memories of authoritarian Kenya and secondly, without proper oversight and controls, initiatives such as these can be as much a threat to our new democracy as the terrorists they seek to tackle.