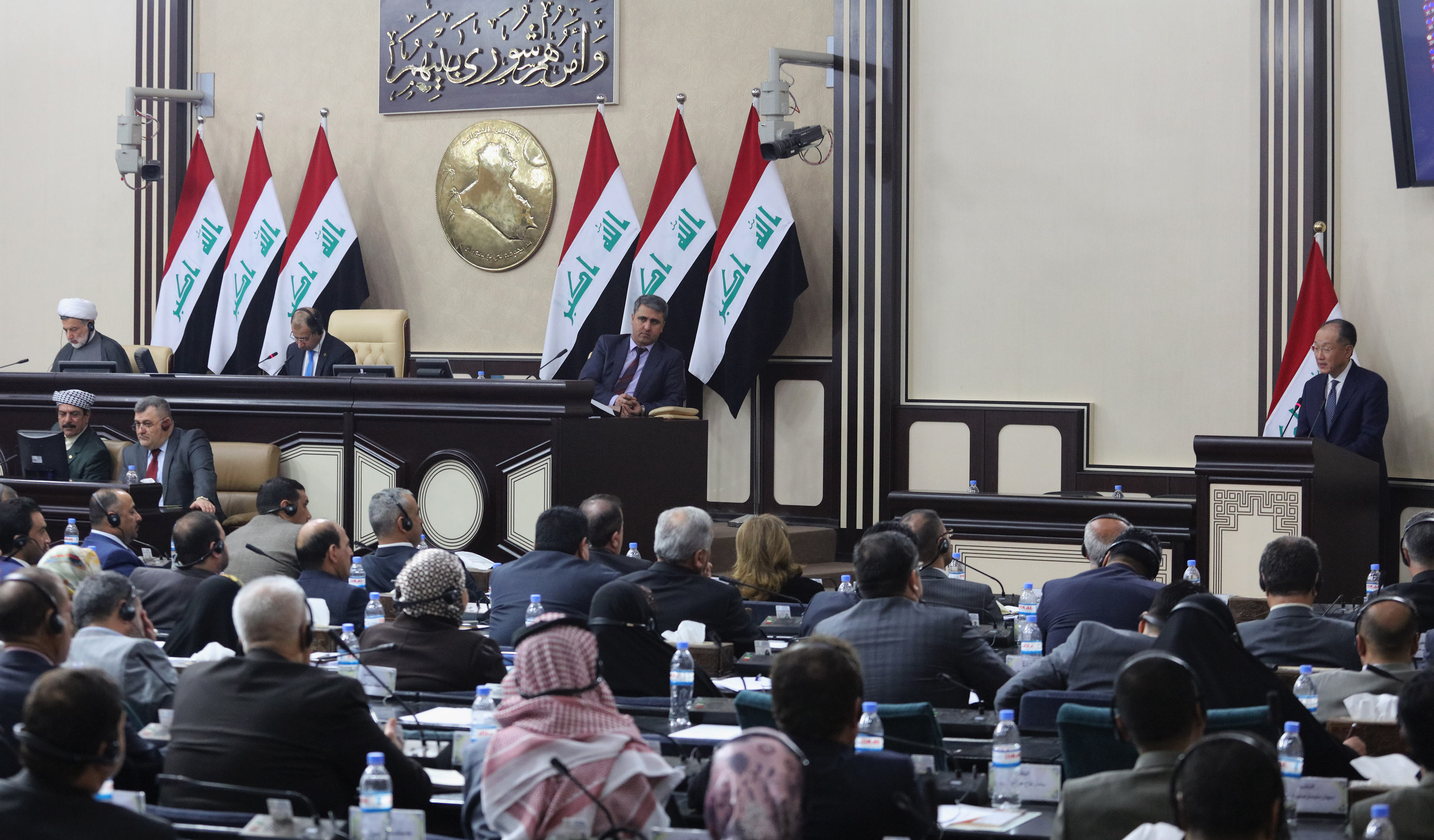 Iraqi Parliament (photo credit: World Bank Photo Collection/flickr)
Iraqi Prime Minister Adel Abdul Mahdi Wednesday said that he will ask the parliament on Thursday to vote for a cabinet reshuffle as part of his reforms following a wave of anti-government protests over unemployment, corruption and lack of public services. In a televised speech, Abdul Mahdi said that "we will ask the Council of Representatives (Parliament) to vote on cabinet reshuffles on Thursday," and will issue within hours a list of senior officials to the courts for charges of corruption.
Read the full article here: China.org.cn