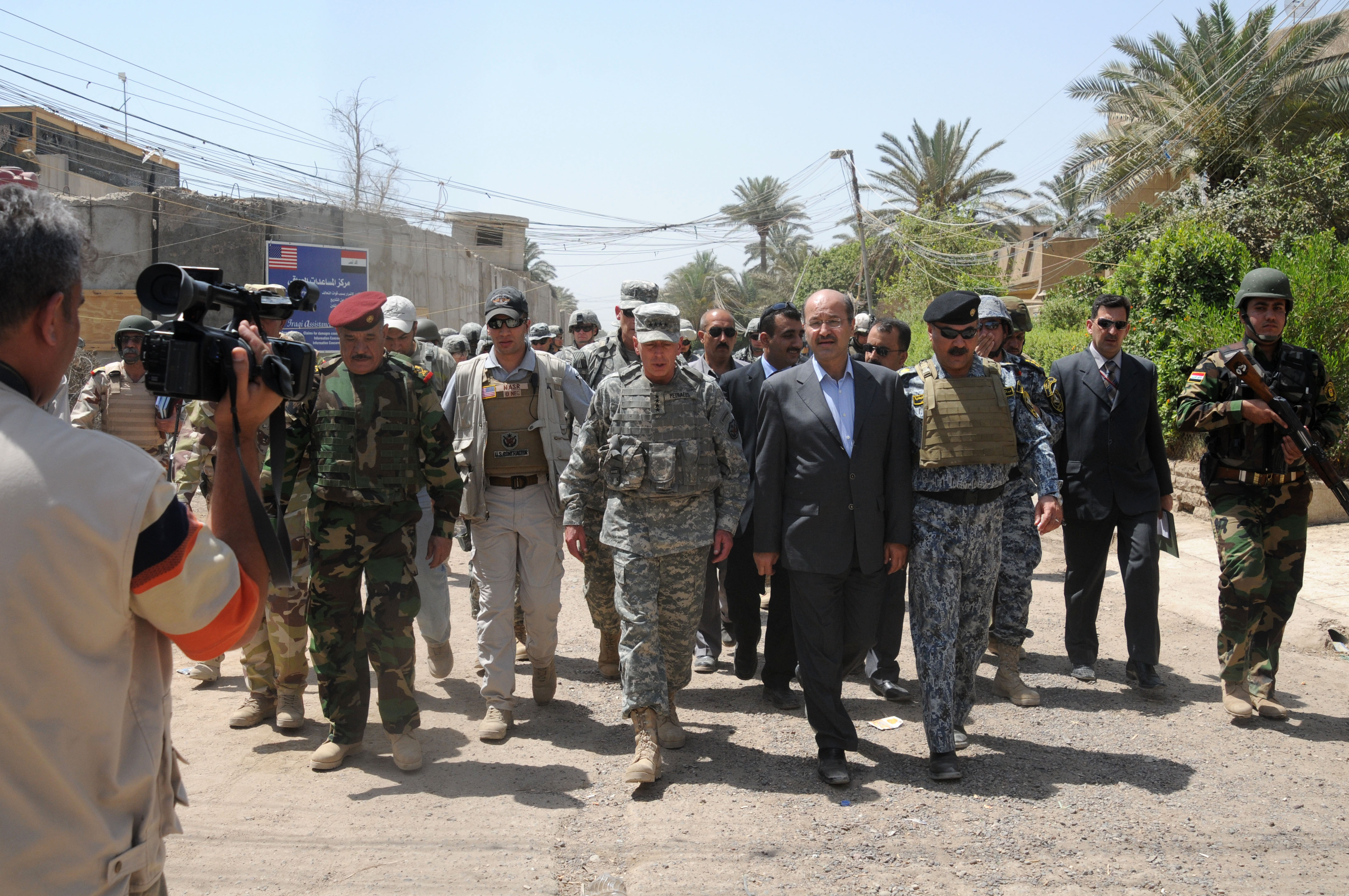 Iraqi President Barham Salih (photo credit: The U.S. Army/flickr)
Iraq's president has promised to hold a snap parliamentary election once a new law is passed and said the country's beleaguered Prime Minister Adel Abdul Mahdi has agreed to step down if a replacement was found. The announcement by President Barham Salih on Thursday came as Iraq's political leaders are scrambling to produce a solution to mounting protests calling for economic reform, a government overhaul and an end to the country's quota-based power-sharing system.
Read the full article here: Al Jazeera