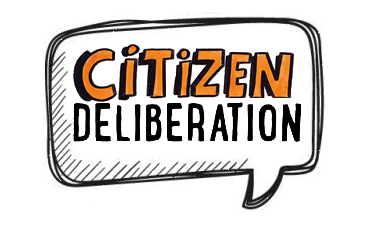 The use of a citizens’ assembly in Ireland as part of the process of constitutional change has raised the political profile of deliberative mini-publics (DMPs). The 100-strong Citizens’ Assembly recommended liberalization of the constitutional status of abortion, which was confirmed in a referendum in 2018. This followed in the footsteps of the Convention of the Constitution – a variant on the citizens’ assembly model – whose recommendation on marriage equality was also passed in an earlier national ballot. The Irish have raised the game for what it is possible for mini-publics to achieve.

Citizens’ assemblies bring together randomly selected citizens to learn, deliberate and make recommendations on constitutional and policy issues. They are part of a broader family of DMPs which include citizens’ juries, consensus conferences, planning cells and deliberative polls.

Evidence from around the world shows that citizens are willing and able to deliberate and come to recommendations on highly contested and complex political issues. Citizens’ assemblies and other DMPs are in the political spotlight.

But weaknesses exist in current DMP practice. They are typically only ever organized at the behest of government – on issues chosen by those in political power. They are also one-off affairs. While the Irish Citizens’ Assembly ranged across five different issues (not only abortion, but also climate change, fixed term parliaments, aging population and the use of referenda), it was a time-limited exercise. Those arguing for the use of DMPs on particular issues have to make the case to political power holders. The next stage in the development of DMPs is for them to be ‘institutionalized’. This has two dimensions. First, could DMPs become a permanent feature of our political systems? Second, could their agendas be set by citizens themselves and not just the political elite?

Two developments in the last couple of months in Belgium and Spain are the first steps in this institutionalization process. They have emerged at the same time, but with different design choices in response to their particular political contexts.

On 29 January 2019, Madrid City Council passed a regulation establishing the "Observatorio de la ciudad" (City Observatory) as a permanent organ of citizen participation. The following week, the Council sent out 30,000 letters to households inviting them to be selected for the new body. 1,135 people put their names forward and on 12 March, 49 were randomly selected for the Observatory using quotas for gender, age and geographical location (the latter strongly related to income distribution) to ensure representativeness across those characteristics. By the time you read this blog, the Observatory will have met for the first time. Over the next year, it will meet on at least eight separate days, with the option of organizing further meetings. In March 2020, a new Observatory will be selected.

The aim of the Observatory is to address and propose solutions to key issues for the well-being of citizens in Madrid. It will monitor municipal actions and make recommendations for improvement during its one-year term. Its agenda will be informed by proposals from the digital participation platform decide.madrid. At each meeting, the Observatory will discuss (at least) the most popular proposal on the platform and decide whether or not to send it to a local referendum. Currently decide.madrid requires 1 percent of citizens in the city to support a proposal for it to go to referendum – this has happened only twice since the platform was established in 2015. The activities of the Observatory increase the chances of successful proposals. The Observatory is also free to define its agenda and focus on aspects of municipal policy, with the possibility of sending its own proposals to referendum.

It should be no surprise that an initiative like this emerged in Madrid. In 2015, a coalition led by the left-wing movement Ahora Madrid took control of the government and instigated a range of participatory processes, including decide.madrid. The Observatory was designed through a collaborative exercise involving the City Council, Participa Lab (part of MediaLab Prado), newDemocracy and other specialists in sortition and deliberation. In the end, it was the City Council that decided on the final design. While support is strong for the Observatory amongst the incumbent parties, its institutionalization is potentially fragile: the opposition right-wing parties may well dismantle the process if they win the forthcoming elections.

On 25 February 2019, the Parliament of the German-speaking community of Belgium adopted unanimously a new way of engaging citizens through random selection. This new mechanism consists of three institutions (the names may change over time):

I was fortunate to be one of the international experts brought together by the G1000 Platform in Belgium to help design this process at the request of the East Belgium parliament. The Parliament had a positive experience of an earlier DMP and was looking to deepen its use of this method of public participation. Crucially, it was open to a process that would be institutionalized and be given independence in setting its own agenda.

The decision to have two separate bodies might at first glance seem to over-complicate the process. Why not just one single citizens’ assembly that sits for a year, decides on what issues to consider, scrutinizes those selected issues and then makes recommendations? This was one of the options considered, but rejected, by the design group. The power of DMPs rests in part on their clear mandate: a single assembly that deals with both agenda-setting and deliberation on specific issues begins to look more like existing legislative bodies. As such, concerns were expressed that citizens, even if randomly selected, might begin acting like politicians – engaging in horse-trading and negotiation, rather than deliberation. Through a division of labor between the Council (agenda-setting) and the Assemblies (scrutiny), citizens take on clear and unambiguous roles in the political process.

Many of the design team had hoped that the Parliament would empower the process further, by agreeing to implement recommendations if they achieved a significant enough majority in their judgements. But Parliament decided on a more cautious approach. Recommendations from each citizens’ assembly will be presented and debated in an open committee session and then the relevant parliamentary committee and minister will prepare a response. Explicit justification is required if one or more recommendations is not to be adopted. A year later, another public committee meeting will scrutinize the degree of implementation of the recommendations. Throughout this period, the Citizens’ Council will monitor the response of the government. The relatively small size of the German speaking region (77,000 inhabitants) means that the judgements of the Citizens’ Council and Assemblies should be widely disseminated (most people will know someone who has participated in the process) and so it will be difficult for the Parliament to ignore or cherry-pick recommendations without raising public disquiet. Unlike Madrid, the initiative has widespread support across the political spectrum in Parliament which should, in principle, ensure its continued existence.

It will take time for us to know how well the Madrid and East Belgian processes work in practice. Their different designs and the different ways they are integrated into the existing political systems give us fascinating points of comparison. Other public authorities across Europe at different levels of governance are looking with interest at these developments and we can expect the evolution of a number of other designs that institutionalize randomly-selected bodies. The interest in DMPs is no longer a minority sport. Their further institutionalization is only a matter of time.

Graham Smith is Professor of Politics and Director of the Centre for the Study of Democracy, University of Westminster, UK. He is Chair of the Foundation for Democracy and Sustainable Development