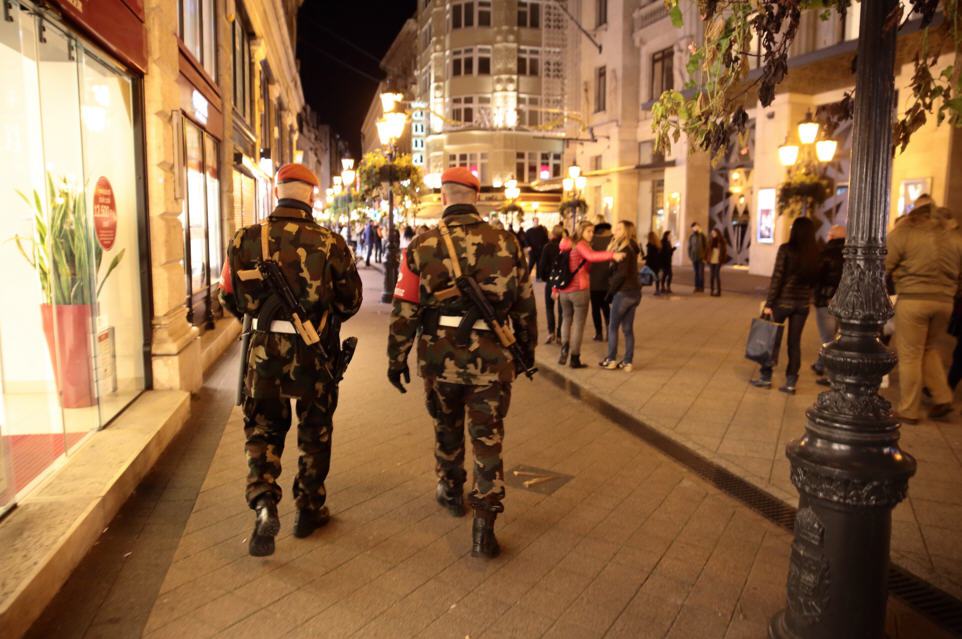 The Hungarian government is seeking a constitutional amendment to take special emergency measures to tackle acts or threats of terrorism without prior parliamentary approval. Considering that the ruling party does not have the 2/3 majority required to amend the constitution anymore, the success of the amendment proposal requires broad inter-party compromise – writes Professor Uitz.

On 26 April 2016, the Hungarian government tabled a bill to amend the Fundamental Law (constitution) with the introduction of a special state of exigency in response to a threat or act of terrorism, authorizing the executive to take special measures, including a mandate to deploy the military domestically. This constitutional amendment proposal is the result of long preparation and intense negotiations between the government and the opposition parties.

The 2010 Hungarian elections brought to power a Conservative-Christian majority led by the FIDESz party with more than a 2/3 majority in parliament enough to amend the constitution. In 2011, the Hungarian parliament passed a new constitution (Fundamental Law) and embarked on a large-scale constitutional reform. The reforms weakened the Constitutional Court and the judiciary, and removed several constitutional checks on the powers of the executive. After a complete overhaul of the electoral system, which was designed to favor the government, FIDESz won a slight 2/3 parliamentary majority for a second time in 2014. Following by-elections in February and April 2015, the government lost its 2/3 parliamentary majority and is currently two seats short of a 2/3 majority in parliament.

Since the summer of 2015, Hungary’s conservative government has been intent on receiving special powers to handle increased migration. The overwhelming majority of migrants and refugees do not seek to settle in Hungary. They simply mean to cross Hungary in the hope of better lives in Western or Northern Europe. Nonetheless, the Hungarian Government’s summer poster campaign against immigration has been part of a strategic communication effort to ramp up a sense of fear and insecurity in the Hungarian population, thus generating popular demand (or at least support) for special executive measures.

The constitutional framework on states of exigency

The 2011 constitution specifies five distinct forms of exigencies necessitating exceptional measures: (1) “state of national crisis” during war or an immediate threat of war; (2) “state of emergency” resulting from armed forces aiming to overtake the government or endangering public safety and security; and (3) “state of preventive defense” in case of a threat of a foreign armed attack or in order to fulfill duties in a military alliance. Responses to an (4) “unexpected attack” last until parliament declares a “state of national crisis”, or a “state of emergency”. In addition, a natural or industrial catastrophe justifies the declaration of a (5) “state of danger”.

These constitutionally defined cases of exigencies constitute “special legal orders”. A special legal order may entail the suspension of statutes or deviations from them, and even the adoption of measures resulting in the violation of fundamental rights. As a result, the constitution generally requires a 2/3 parliamentary majority (or – in case parliament is prevented from taking such action – the approval of the president of the republic) to introduce a state of national crisis, a state of emergency and a state of preventive defense. In case of an “unexpected attack”, the government may act without prior parliamentary authorization until such time that parliament is in a position to respond. Apart from the case of an unexpected attack, in an exigency, the government can act without prior parliamentary authorization only in a “state of danger” following natural or industrial disasters.

Why the need for amendments in relation to terrorism?

The constitution imposes limits on executive action in exigencies, preferring instead parliament or the president (but not the government) to declare special legal orders. In addition to this preference for parliamentary authorization, the constitution does not specifically authorize special measures in order to prevent or to respond to domestic acts of terrorism. Any attempt to allow the government to take terrorism related emergency measures without parliamentary approval, as the current government is seeking, requires a constitutional amendment. Constitutional amendments must be passed by a 2/3 majority vote in parliament, a majority the government currently does not have.

In the summer of 2015, parliament amended several statutes, including the law on migration, to enable the government to declare a “state of crisis caused by mass migration” (tömeges bevándorlás okozta válsághelyzet) with a cabinet decree (and without prior parliamentary assessment or authorization). The statutory pre-conditions to declare a state of crisis are specifically tied to mass migration: a “migration crisis” can be declared only if the number of arrivals reaches an average of 500 persons per day in one month, or 750 persons per day within two weeks, or 800 persons per day within a week; or if the safety or public health of any settlement is in danger, especially due to violence in facilities housing immigrants. A migration crisis enables the government to deploy the army for migration management tasks, and to authorize the building of facilities and structures irrespective of generally applicable legal rules and without observing rules of public procurement.

Shortly after receiving the statutory authorization in mid-September 2015, the government declared a migration crisis in five counties. In November 2015, the Hungarian Helsinki Committee, a human rights watchdog, reported that, with the completion of the fence on Hungary’s southern borders, the number of arrivals fell below the numbers that justify a declaration of a migration crisis under the amended laws. The legality of the declaration of the migration crisis was therefore questionable. Under the constitution, the commissioner for fundamental rights (ombudsman) is best placed to challenge these new rules. However, he has not submitted a complaint to the Constitutional Court yet.

In December 2015, a senior member of the ruling party hinted that a constitutional amendment might be necessary to manage the fallout from the migration crisis, including also threats of terrorism. Such a constitutional amendment is necessary as a threat or act of domestic terror attacks, or a threat of a foreign terror attack is not expressly included in the exigency situations in the constitution. Crucially, under the current constitutional framework of exigency situations, the government has limited room for independent action (without prior parliamentary authorization).

On 12 January 2016, shortly after the terror attacks in Istanbul and Jakarta, the government initiated a five-party negotiation with opposition parties on a new constitutional amendment and a package of statutory amendments to enable the government to declare a state of crisis to respond to acts or serious threats of terrorism. The talks were hosted by the Ministry of Defense, and not by the Prime Minister’s office. The government sought an authorization to declare a “state of terror” valid for 60 days without parliamentary approval. Such a declaration would allow the government to order curfews, to limit access to settlements or geographic zones, to ban the entry of foreigners or to require them to regularly report their presence, to limit contacts between Hungarians and foreigners, to monitor mail services and the internet, to ban freedom of assembly, and to limit freedom of expression. The draft was classified as “not public” for 30 years (making it essentially a state secret), which was revealed after the extreme right opposition party, Jobbik, leaked the draft to the press.

In early February 2016, a government parliamentarian suggested in the press that the government could even agree to 15 days of crisis measures. Nevertheless, opposition parties rejected the government’s proposals. Opposition parties were particularly weary of the elasticity of the concept of “serious threat of terror” in the bill, which was left to the sole determination of the government. The opposition’s unease is to be understood in light of a comment of a minister in the Prime Minister’s Office, János Lázár, explaining to the press that several incidents with migrants, which occurred during the summer of 2015, would have qualified as “threats of terror” under the proposed amendments. In particular, Lázár noted as evidence that one of the suspects in the Paris terrorist attacks was in Budapest in September 2015.

The amendment tabled on April 26: Limits on the executive’s emergency powers

The bill tabled on April 26 introduces a new Article 51/A to the Fundamental Law especially devoted to threats and acts of terrorism. The government needs prior parliamentary authorization (with a 2/3 majority vote) to declare a state of threat of terror. The government may seek such authorization in case of significant and direct threat of terrorism or in response to an act of terrorism. The initial declaration, and thus the special emergency measures, may last for 15 days, a period which may be extended. The army may only be deployed if police and national security services are insufficient to manage the required tasks properly. Special measures available to the government are detailed in a second, accompanying bill amending several statutes.

The bill displays major concessions compared to the government’s plan leaked in January 2016: the executive’s emergency powers were restrained on key points. The requirement of prior parliamentary authorization, a narrower definition of threat of terrorism triggering the declaration of a special legal order and a more moderate list of special powers granted to the government (including the more limited scope for army deployment) indicate that opposition parties which participated in the multi-party talks were successful in steering the government away from its initial attempt to grab vast emergency powers. On a sobering note, as multi-party political constitutional negotiations were hosted by the Ministry of Defense, the Prime Minister himself cannot be blamed for becoming the architect of a constitutional compromise limiting executive powers to handle terrorism.

The vote in parliament, which will require a 2/3 majority for passing the constitutional amendment, is yet to be scheduled.