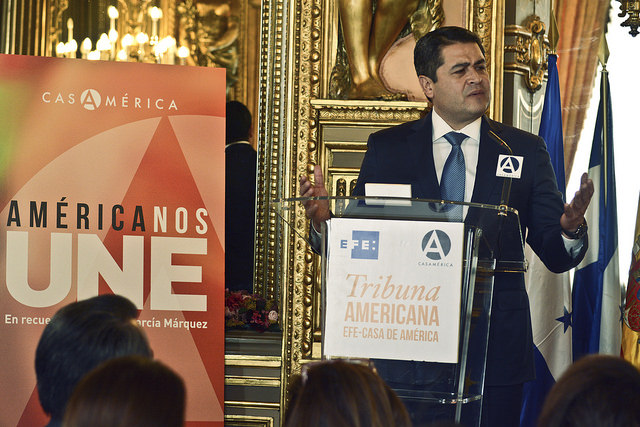 Photo credit: Flickr
Less than a decade ago, even talk of re-election was enough to get a Honduran president overthrown. Now Honduran President Juan Orlando Hernandez appears likely to win a second term on Sunday as well as bolstering the strength of his conservative National Party across the board.
Read the full article here: Miami Herald