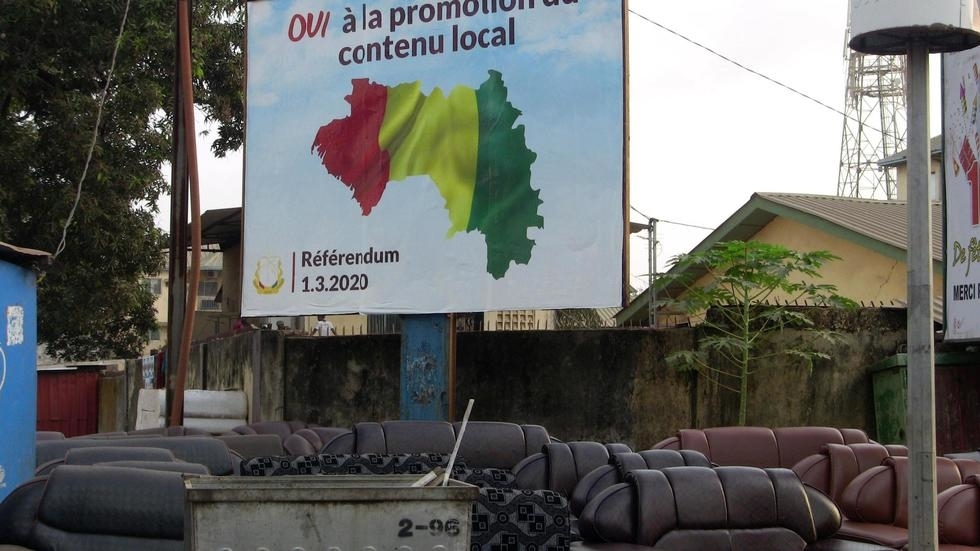 The Guinean opposition have rejected the underlying intention, as well as process and content of the draft Constitution. Beyond the third term controversy, while the draft includes token substantive improvements, it empowers the presidency and weakens checks and balances. Guinea may be bracing for a new constitution and prolonged instability – writes Dr Ibrahima Amadou Niang.

On 22 March 2020, Guineans are expected to vote in a referendum on a draft new constitution that would allow President Alpha Conde to run for a third term, despite a prohibition on amendment of the two-term limit in the current constitution. Conde’s attempt contrasts with a growing regional trend towards consolidating term limits and democratic alternation of power. Most recently, after initial equivocation, President Alassane Ouattara of Cote d’Ivoire publicly announced that he will leave power after completing his second term (2020). The rotating chairperson of the Economic Community of West African States (President Issoufou of Niger, who is expected to leave power after the end of his second and last term), in a powerful speech at the opening of ECOWAS Parliament’s fifth legislature on 10 March 2020, forcefully expressed his support for term limits in West Africa. The trends in the region in the last years in Liberia, Sierra Leone, Benin, Cape Verde, Niger, Ghana, and Mauritania seemed to signal that 'the time of men who seek to incrust themselves for life in power is drawing to a close'. But not yet in Guinea.

The expectation that the new constitution is an excuse to enable Conde to run for a third term has triggered a sociopolitical crisis that has engulfed Guinea for months. Despite the resistance movement led by the National Front for the Defense of the Constitution (FNDC), the boycott of the legislative elections by major opposition parties and various national and international mediation efforts, Conde remained adamant on the organization of both parliamentary elections and the constitutional referendum originally scheduled for 1 March 2020. A succession of strong decisions including La Francophonie’s withdrawal from the electoral process, the resignation of the Minister of Higher Education and the withdrawal of international electoral observers (ECOWAS and African Union) forced Conde to postpone the polls, now planned for 22 March.

Speaking of the postponement of the elections in a televised address, Conde stressed that the decision was motivated by a sense of national and regional responsibility. A few days later, ECOWAS deployed a technical assistance mission to assess the state of the voter register. The ECOWAS experts completed their mission and shared their report, recommending the removal of 2,438,992 of ‘ghost’ voters. Nevertheless, the Independent Electoral Commission (CENI) is rushing to organize the polls without proof that the issue of voter register has been addressed, further stoking the tension over the draft constitution.

Superficial consultation boycotted by the opposition

In September and October 2019, the Guinean Prime Minster led a consultation on the need for a new constitution. The main opposition parties and key civil society groups boycotted the consultations and no clear consensus emerged from the process. A draft constitution was nevertheless unveiled in December 2019. There hasn’t been an inclusive critical debate on the substantive issues; nor has there been an openness to take different perspectives into account. The socio-political environment marked by a crisis of confidence in state institutions, the opposition's refusal to discuss any constitutional change, a polarization of political forces and the short timeframe (two months) for constructive dialogue did not favor participation of all legitimate stakeholders. This profoundly affects the legitimacy of the draft constitution. In addition, as stated above, opposition groups have boycotted the parliamentary elections and rejected the constitutional referendum.

Supporters of the draft constitution have pointed out issues which in their opinion constitute notable changes. They highlight Guinea’s will to partially or totally surrender its sovereignty towards African Unity; gender parity as a political and social objective; prohibition of forced marriage; mandatory and free schooling for children up to the age of 16; the right to a healthy environment; 18 years old as the minimum age to run for a parliamentary seat; the possibility for independent candidates to run for parliamentary elections; and the abolition of death penalty.

However, an audit report on the draft constitution published by Guinean legal and constitutional experts in February 2020, while welcoming the aforementioned changes with reservations, points out some serious flaws. Unlike the 2010 Constitution, the draft constitution removes the inalienable nature of fundamental rights and freedoms; the right of citizens to address a judge to assert their rights against the state and its officials; and the people’s right of resistance against oppression. The draft constitution also removes the prohibition against a statute of limitation regarding economic crimes. Crucially, the draft constitution extends the duration of presidential terms from five to six years, renewable once. The draft does not specifically preclude a former president who has served two terms from seeking another mandate. As Conde has implied his intention to run again, these proposed changes have triggered instability.

Moreover, the audit report identifies other broader risks: a dominant presidential regime with extensive appointment powers; a vulnerable parliament facing a permanent risk of dissolution by the president; possibilities for the government to push through laws in parliament without debate or vote; a risk that the Constitutional Court could be subjugated to the Presidency – for instance, the chairperson of the Court will be appointed by the President, rather than the judges themselves as currently the case; and a risk that the army could be legally instrumentalized for political ends.

Battles in the streets and in the Constitutional Court

In addition to civil disobedience and protests to oppose the referendum, the FNDC and opposition parties submitted two cases before the Constitutional Court, which rejected them on the grounds of lack of jurisdiction and standing (judgment n ° AC 011 of February 17, 2020). The Court’s decision was expected as it had already approved the draft constitution before its formal unveiling.

After these legal setbacks at the national level, FNDC challenged the referendum before the ECOWAS Court of Justice in February 2020. The FNDC has urged the Court to declare that the referendum constitutes a constitutional coup against democratic alternation of power and to preclude those responsible from running for the presidency under any new constitution. They also request the Court to recognize that ECOWAS has failed in its obligation to protect human rights and preserve constitutional order and democratic achievements, and to order ECOWAS to prohibit its member states from recognizing any government resulting from the alleged constitutional coup. The first hearing was held on 12 March, but the outcome of the legal battle remains uncertain. The proceeding will nevertheless not stop the referendum.

Bracing for a new constitution and prolonged instability

The withdrawal of the ECOWAS and African Union election observation missions before the postponement of the elections in early March has been interpreted as a soft nudge to engage in mediation efforts. Many saw it as an opportunity to resume an inclusive dialogue and frank debate on the propriety of a referendum and on the organization of elections with the participation of all political actors. Nevertheless, despite the conclusions of ECOWAS experts who recommend the withdrawal of millions of voters registered without supporting documents, the Guinean authorities seem to be rushing to organize the legislative elections and the referendum. If the referendum goes ahead, the outcome will likely favour a new constitution and Conde could announce his candidacy for the next elections planned for October 2020.

The real challenge remains the boycott of the constitutional referendum by a large segment of the population, the crisis of confidence between political actors and the prospect of having elections without major opposition parties. The consequences of not resolving these issues could be drastic: escalation of violence, absence of political dialogue, which is essential for democracy and accountability, chronic institutional instability and further closing of civic space.

The political contestation would continue to be in the streets, rather than the halls of parliament and the courts.

It goes without saying that the AU and ECOWAS should pursue their mediation efforts to their logical conclusion, which is the resolution of the core issues. This is important to ensure there is no disconnect between discourse and actions in line with the appeal of the acting President of ECOWAS to all political actors in Guinea and Guinea Bissau to pull themselves together in order to create the conditions for appeasement and peace. The only sustainable way forward is creating the conditions for an inclusive and sincere dialogue.

Nevertheless, despite the Coronavirus scare (COVID-19), considering that ECOWAS rules prohibit nonconsensual change of electoral rules within six months of an election, and since elections are planned for October 2020, it is unlikely that the referendum will be delayed again. With a supportive referendum outcome, it may be harder for President Conde to resist a third term temptation. With the opposition boycott, another Conde presidency would see a parliament without opposition representation. The political contestation would therefore continue to be in the streets, rather than the halls of parliament and the courts.