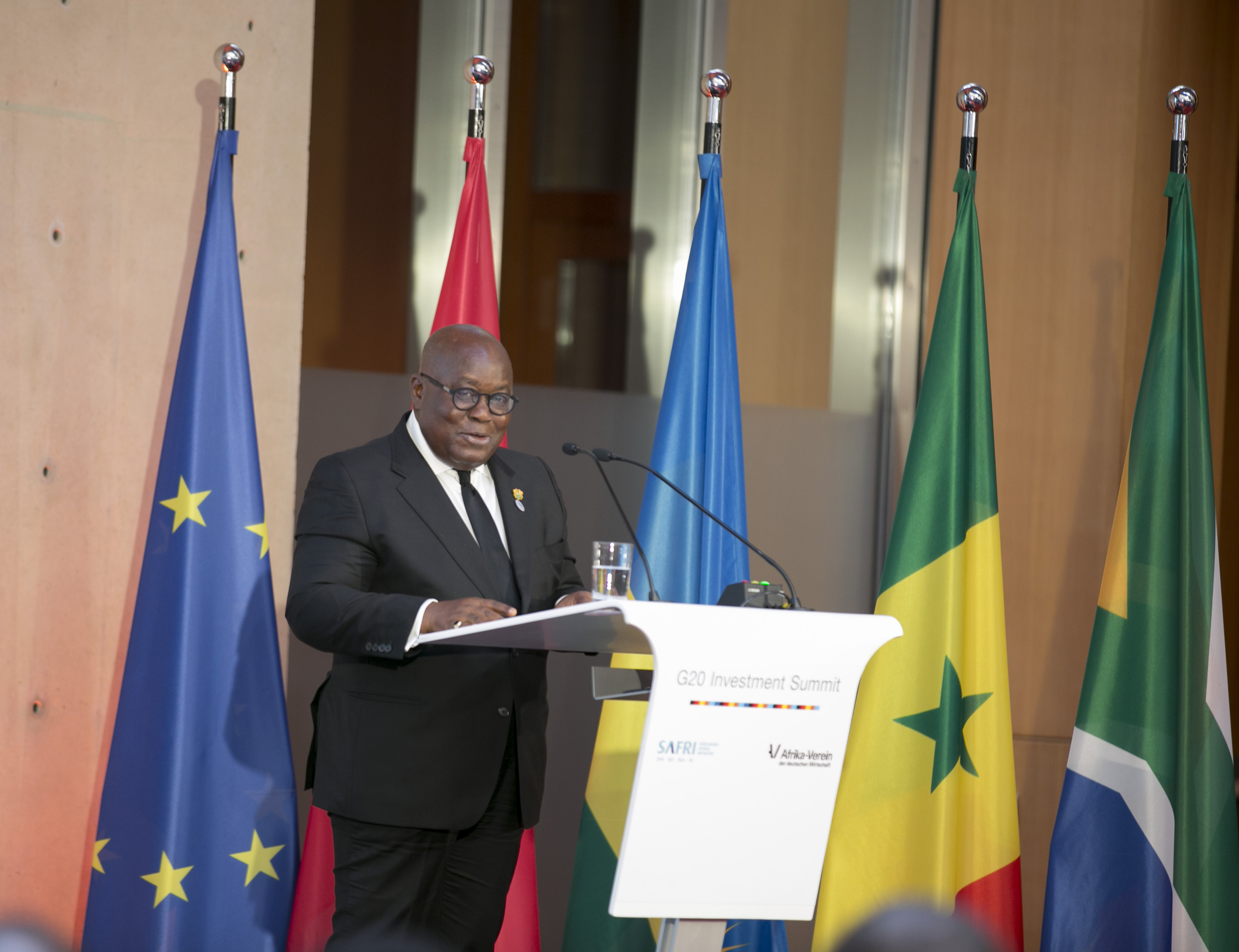 President Nana Akufo-Addo (photo credit: Paul Kagame/flickr)
Ghana’s general elections will go on as planned in December despite the COVID-19 pandemic, President Nana Akufo-Addo said in a national address on Tuesday. Akufo-Addo made the remarks a day before the West African nation started the registration of new voters ahead of the 7 December poll. He said the exercise was important in avoiding controversy after the end of his first term in office. Ghana’s constitution gives no provision for the extension of the mandate of a President, who wields power, beyond four years.
Read the full article here: CGTN