Germany’s Move to Deprive Anti-Democratic Parties of Federal Funding: An Effective Response to the Populist Wave? 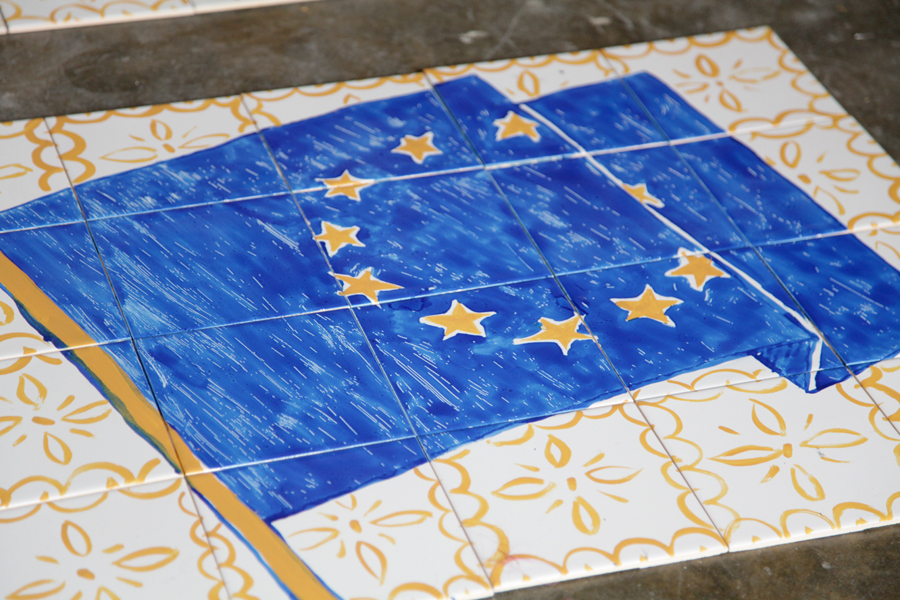 A recent amendment to the Basic Law of Germany empowers the state to deprive anti-democratic political parties of federal funding. At first glance, this might appear to present a useful way of combating anti-democratic parties in Germany, which might be adopted across Europe and beyond. However, the legitimacy and effectiveness of such measures is open to significant question, and may distract us not only from alternative measures that have greater potential, but also the need to focus on the root causes for the rise in support for anti-democratic populist parties – writes Tom Gerald Daly.

On 22 June 2017 Germany’s lower house of parliament (Bundestag) voted overwhelmingly to amend the Basic Law of 1949 to deprive anti-democratic parties of federal funding. Helmut Brandt, a CDU member of the ruling CDU-CSU-SPD coalition of conservatives and social democrats insisted: ‘It’s the task of politics to protect democracy from efforts to destroy it’. The amendment vote came five days after a judgment (BvB 1/13) of the Federal Constitutional Court refusing to ban the far-right National Democratic Party of Germany (NPD), which spurred a search for alternative mechanisms for sanctioning political parties opposed to the democratic order. The measure might be viewed as opening up a new frontier in the fight against such parties, amidst rising support for such parties not only in Germany, but across Europe and beyond. However, serious questions hang over the legitimacy and effectiveness of such a measure as a tool to combat the threat of democratic decay in states worldwide posed by the rise of anti-democratic populist parties.

The amendment in the context of Germany’s militant democracy

The amendment lies firmly in the German constitutional tradition of ‘militant democracy’, namely, democracy capable of protecting itself from threat or collapse by employing illiberal means. Article 21 of the Basic Law, empowering the Federal Constitutional Court to ban any party seeking to undermine or abolish the ‘free democratic basic order’, is the central mechanism. However, the power has been little used. Only two parties have ever been banned, and these bans took place over sixty years ago: the Socialist Reich Party (SRP) in 1952 and the Communist Party (KPD) in 1956. The Court’s approach to the task has been inverted over time: in banning the Communist Party it rejected arguments that, as the party’s support was minimal (2.2%), it had no hope of achieving its objective of replacing the democratic system with a Marxist alternative. By contrast, in the NPD judgment in January 2017, the Court refused to prohibit the party on the basis that, although it was clearly opposed to the free democratic basic order, as a small party with little support (under 2%) the NPD was unlikely to be able to achieve its aims.

Until the amendment was introduced, all political parties winning at least 1% of the vote in a local election or 0.5% in a national or EU election automatically qualified for federal funding, without any restriction based on the party platform. The NDP, having garnered 1.5% and 1% support in the 2013 national and 2014 EU elections respectively, received 1.1 million euros ($1.2 million) in 2016. Coupled with the Constitutional Court’s restrictive stance on party bans, this left the political system with few formal mechanisms to suppress anti-democratic parties. The amended text of Article 21 now states: ‘Parties which, according to their aims or the behaviour of their supporters, are directed to impair or eliminate the free democratic basic order or to endanger the existence of the Federal Republic of Germany, are excluded from state financing. If the exclusion is ascertained, there is also no tax benefit for these parties and contributions to these parties’. (unofficial translation)

The rise of populist parties across Europe and beyond

The potential wider relevance of this constitutional amendment is not hard to grasp in light of the proliferation and growing popularity of a range of anti-democratic populist parties worldwide. Perhaps most dramatic is the European shift, documented by the Timbro Populism Index and Freedom House, among others, toward a range of far-right, neo-fascist, xenophobic and nativist parties, as well as conservative parties espousing a form of ethno-nationalism at odds with liberal democracy’s concerns for rights protection and the tyranny of the majority.

Some of these parties are small, like the NPD. Some are larger but, like France’s Front National, have failed to gain power. However, a growing number have achieved significant success. The Sweden Democrats, who find their roots in fascist and white supremacist movements, now hold 49 seats in parliament, making them the third-largest party and holding the balance of power. In Greece the Golden Dawn party—described by many as fascist and neo-Nazi—won 18 seats in parliament in September 2015. Even outside government such parties can fundamentally change political discourse. In France, although Front National leader Marine Le Pen came in second in the 2017 presidential election, she received an unprecedented vote share of 34%. The failure of Geert Wilders’ Freedom Party (PVV) to win a majority in the Dutch elections of February 2017 is equally seen as little cause for complacency.

Does a ban on state funding present an effective tool for countering anti-democratic parties?

Shifting the focus from banning parties might be viewed as positive, especially in a European context where party bans remain highly controversial. International organisations such as the Council of Europe’s Venice Commission and the Organisation for Security and Cooperation in Europe (OSCE) have insisted that party bans should only be used as a last resort, and under the strict conditions of proportionality and necessity, due to the democratic concerns they raise concerning repression of unpopular or marginal political views. At a practical level, political scientists increasingly argue that a focus on political party bans is problematic, on the basis that bans are ineffective or counterproductive, and take focus away from more effective measures of countering anti-democratic parties short of forced dissolution, such as legal thresholds for entry to parliament, or through political practices including mainstream parties erecting ‘cordons sanitaires’ by refusing to engage or ally themselves with extremist parties.

Depriving parties of state funding may be viewed as similar to the above intermediate measures, but it raises many of the same issues as party bans. For small parties such as the NDP, cutting off federal funds may function as a de facto ban by spurring the party’s demise, or by at least significantly hobbling its operation. However, it would do little to address the reasons why such parties gain even marginal support in the first place. One German commentator, Stefan Thiel, has approved of the Constitutional Court’s judgment as reflecting the view that German society ‘must adapt to fight extremist ideologies chiefly in the political, rather than the legal arena. First and foremost, this requires engaging with at times uncomfortable viewpoints, an active engagement of civil society in political debate and tolerance of dissent’. The calculus may change when we consider larger parties such as the Alternativ für Deutschland (AfD) party, in terms of the potential threat they pose to democratic governance. However, Thiel’s point still holds, or even gains added force: the larger an anti-democratic party, the more foolhardy it may be to attempt to suppress it by legal means. Indeed (although the analogy is admittedly imperfect), the repeated banning of large Islamist parties in Turkey, due to their perceived threat to the secular democratic order, has nevertheless failed to stem the ascendance of the Islamist Justice and Development Party (AKP) as an increasingly anti-democratic force. Repression, in the long-term, is not a sustainable or sophisticated response.

Moreover, at a practical level, a funding withdrawal mechanism may have little impact in terms of protecting democracy from anti-democratic forces. Many of the parties that pose a threat to democratic governance in Europe and beyond (e.g. the Law and Justice Party in Poland) tend to have more sophisticated platforms that are not avowedly anti-democratic, or which present liminal cases that would pose a serious challenge to characterise. For overtly anti-democratic parties, similar tactics encountered in states with significant use of party bans (e.g. Turkey) may be used to circumvent funding withdrawal, including the resurrection of targeted parties under new names and with alterations to their platforms. In some cases, withdrawing state funding from anti-democratic parties may achieve little: Le Pen’s Front National, for instance, has regularly faced difficulties in financing its campaigns but has gone from strength to strength. Perhaps worse, its difficulties have led it to draw much of its financial support from Russian banks, which US intelligence actors claim to be closely linked to the Kremlin.

Conclusion: Time to shift our focus from repressive measures?

At first glance the swift action to amend the Basic Law of Germany to introduce federal funding withdrawal as a new mechanism to combat anti-democratic parties may appear as an effective response to the rise of such parties. However, such a measure presents a range of normative and practical problems and may be simply an ineffective exercise in political symbolism. In addition, a focus on repressive measures may distract our attention from other possibilities: for instance, a recent blog post argued that mandatory voting may present the most effective antidote to the rise of anti-democratic parties. Ultimately, however, the rise of anti-democratic parties cannot be addressed without identifying and addressing the root causes for their rise worldwide.

Tom Gerald Daly is an Irish academic and consultant in public law, human rights and democracy building. A Fellow and member of the Constitution Transformation Network at Melbourne Law School, and Associate Director at the Edinburgh Centre for Constitutional Law, he is also a columnist on the blog of the International Journal of Constitutional Law (I-CONnect) and tweets @DemocracyTalk.