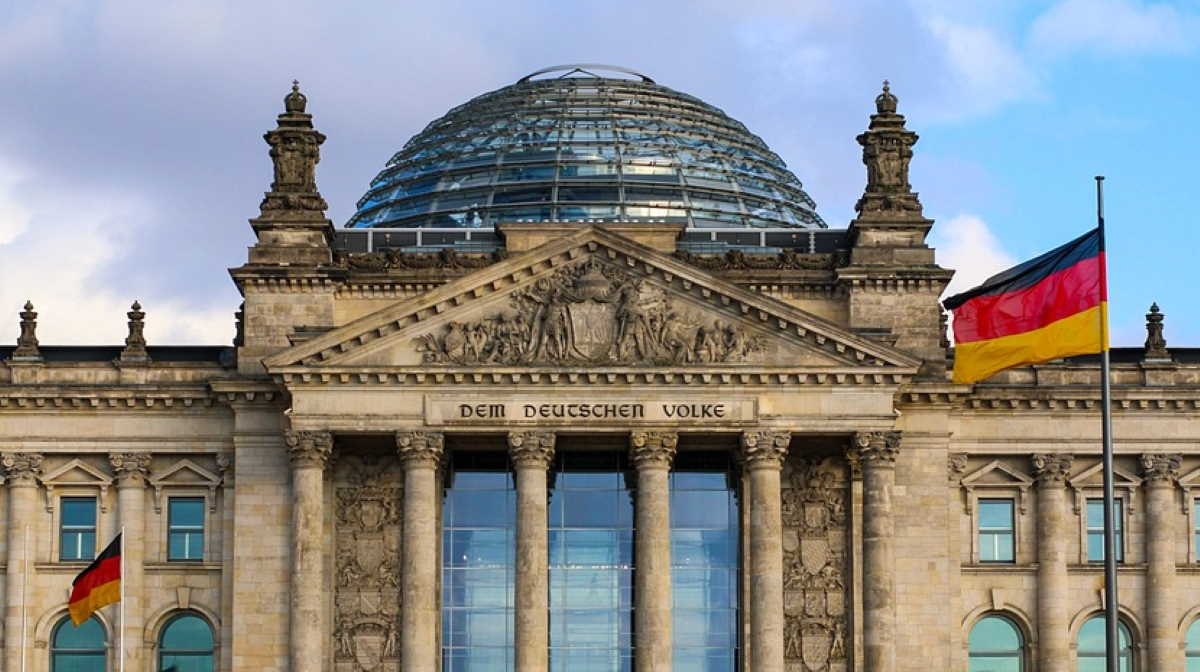 Parliament of Germany (photo credit: bundestag.de)
Germany's coalition government and the conservative CDU/CSU alliance on [29 May] agreed on the details of a €100 billion ($107 billion) boost to the country's military spending. [...] German Chancellor Olaf Scholz also called the special fund "a huge step" for the security of Germany and Europe. "With 100 billion, we ensure that the Bundeswehr can fulfill its defense mission better than ever before," he wrote on Twitter. Foreign Minister Annalena Baerbock has welcomed the agreement. It is "a good compromise, one in which we ensure that NATO can rely on us," she said on German public broadcaster Deutschlandfunk on Monday. The proposal needed a two-thirds majority in both parliamentary chambers, so Chancellor Olaf Scholz sought pre-approval from the center-right opposition parties. The massive investment in the German armed forces was sparked by Russia's invasion of Ukraine on February 24. [...] If approved by parliament, the additional spending will represent the largest jump in military expenditure since World War II.
Read the full article here: DW