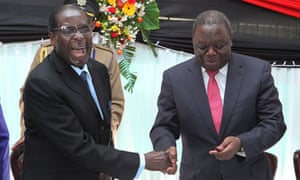 The ruling ZANU-PF party seeks to cancel, through amendments, key concessions made during the negotiated 2013 constitutional reform process. The proposals to empower the President in the appointment of key executive, judicial and other independent officers, blandished with token advancements in women and youth representation, raise issues of effective mechanisms to ensure sustainability of negotiated constitutional outcomes in the face of resurgent dominant majorities – writes D. Tinashe Hofisi.

On 31 December 2019, the Government of Zimbabwe published the Constitution of Zimbabwe Amendment (No. 2) Bill, an omnibus bill containing a raft of changes ranging from the appointment process of judges to the composition of Cabinet and Parliament. Constitutional amendments require approval by two-thirds of each house of Parliament, which ZANU PF can muster without reaching out to the opposition. This drastically reduces the possibility of securing concessions and compromises. Criticism of the bill has been swift and primarily focused on the widening scope of presidential powers, undermining of democratic accountability and burgeoning size of central government.

The 2013 Constitution was enacted with bipartisan support. It was the culmination of a negotiated process between ZANU PF and the two factions of the MDC. Later that year, ZANU PF restored its two-thirds majority in Parliament and quickly began working on the first amendment to the Constitution which was enacted in 2017. The first amendment changed the appointment process of three key judicial officers: the Chief Justice, Deputy Chief Justice and Judge President of the High Court. The original version of the 2013 Constitution subjected judicial appointments to a public interview process to increase public confidence in the administration of justice. The first amendment exempted these three judicial officers from public interviews, with the President making appointments after non-binding consultations with the Judicial Service Commission (JSC).

The proposed second amendment would enable the President to promote sitting judges of the High Court and Supreme Court on the recommendation of the JSC without any public interviews. According to the Government of Zimbabwe, appointment of a judge following public interviews obviates the need for further scrutiny in the process of promotion. Interviewing sitting judges would, the government argues, potentially jeopardize their ability to command respect, a view which has been endorsed by the JSC.

However, public interviews had become a crucial site for evaluation of judicial performance, with judges’ records of service laid bare for public examination. It also allowed for rigorous monitoring of optimum candidate selection.  Further, many members of the JSC, including the Chief Justice, Judge President and Attorney General, are presidential appointees. The amendment would establish a closed and secretive appointment process and thus protect sitting judges at the expense of democratic accountability.

Public interviews would no longer be required for promotion of judges, and appointment of Prosecutor General.

Poignantly, the Supreme Court will be formally separated from the Constitutional Court in 2020, creating several vacancies in the superior courts. Some judges of the High Court and Supreme Court were appointed prior to the new constitution and would be eligible for promotion without the public scrutiny it contemplates. To that extent, the amendment would increase executive latitude in key judicial appointments whilst severely undermining the democratic values underpinning the original 2013 Constitution.

The proposed amendment would also provide judges of the Constitutional and Supreme Courts an option of extended tenure beyond the retirement age of 70. Annual extensions would be permitted up to a period of five years subject to medical certification of physical and mental fitness. This has led to fears that judges of these courts will become more pliant to the executive. Further, annual extensions would be subject to acceptance of the medical certificate by the President, following consultations with the JSC. The JSC has conceded that this may be problematic, suggesting that there should be an optional five-year extension applicable to all sitting judges on the recommendation of, rather than after consultation with, the JSC.

These provisions were suspended for the first ten years of the Constitution, partly due to insecurities in ZANU PF and MDC related to empowering their party Vice-Presidents, who also happened to be women. The advanced age of ZANU PF leader Robert Mugabe and long incumbency of MDC President Morgan Tsvangirai made their supporters shirk at the possibility of entrenching a parallel centre of power in ascendancy towards party leadership. The military coup in 2017, and subsequent elevation of its key architect to the position of Vice President has led to renewal of these erstwhile fears.

Appointment, rather direct election, of vice presidents would retain the centrality of the party and reduce factionalism.

President Mnangagwa will, according to the Constitution, run for his last term in 2023. A running mate would not only become a powerful vice president with a popular mandate, but also an independent centre of power who could fan factionalism in party and state. In order to ensure the political party remains the key determinant of presidential succession, the ruling party seeks to retain the regime of at-will appointment of vice presidents who are more of assistants to the incumbent than deputies who are heirs-apparent.

The 2013 Constitution allows the President to appoint up to five non-parliamentary ministers and deputy ministers. The legislative and political duties cabinet ministers play necessitated this balanced approach. Zimbabwe currently has 35 ministers and 18 deputy ministers. The second amendment would increase the number of non-parliamentary ministers and deputies to seven. Although the amendment expands presidential discretion, the proposal does not pose peculiar structural challenges and is within the spirit of striking a balance between appointments wholly within and entirely outside of Parliament. However, it signals a further increase in the size of government. The economic stagnation in Zimbabwe would lend credence to a decrease, rather than an increase, in the government’s wage bill.

This amendment would also reduce parliamentary oversight of agreements between Zimbabwe and international organisations, defined as inter-governmental organisations. Agreements between the State and foreign entities and such organisations would not require parliamentary approval before imposing financial obligations on Zimbabwe. This is deleterious to representative democracy. Taxpayers bear the primary burden of financial obligations acquired by the State. For this reason, they are empowered, through their elected representatives, to have veto powers over agreements with financial implications. This proposed amendment foments fears of shaddy deals with foreign entities with the effect of ballooning the public debt.

The proposed amendment would remove the requirement for reconfiguration of voter constituencies as soon as possible after the population census. Constituency delimitation was last conducted in 2008 following the 2002 census. Consequently, the variation in size of constituencies in the 2018 elections was so vast that more than half of the constituencies were over the constitutionally mandated upper variance limit of 20 percent. This was unfairly skewed against opposition strongholds in urban areas which grow rapidly from rural to urban migration. The next population census is scheduled for 2022. The Zimbabwe Electoral Commission (ZEC) is concerned that it may not be able to conclude the delimitation exercise six months prior to the elections in 2023, as required by the Constitution, if it can only do so after the conclusion of the census. This is at odds with the fact that delimitation could have still been conducted in terms of the 2012 census. Nevertheless, the Government seeks to remove the requirement altogether.

The composition of provincial and metropolitan councils would also be changed by removing sitting members of Parliament to avoid duplication of roles. In addition to persons elected to such councils and heads of local authorities, all members of Parliament from the relevant province are also council members. The councils were modelled as aggregates of provincial representation, but the amendment will limit membership to heads of local authorities and persons elected to the councils through a system of proportional representation.

The fortification of Zimbabwe’s imperial presidency?

The second amendment bill is now in the process of public consultation. The public consultation process for the first amendment had no effect on the content of the bill, though misgivings by such powerful actors as the JSC might result in tweaks to some provisions of the current bill. The Lancaster House Constitution, which preceded the 2013 Constitution, was amended nineteen times before it was repealed. Many of these amendments were necessary for the removal of racist provisions retained at the behest of the white settle regime during the transition from colonial rule.

However, the amendment process was also weaponized to create an all-powerful presidency largely insulated from democratic accountability. The first amendment to the 2013 Constitution, and the mooted second amendment, continue this subterfuge. The protection of the representative rights of women and young people would be scant consolation for the overwhelming increase in presidential powers.  On the other hand, the failure to protect such crucial provisions as the judicial appointment process from alteration by parliamentary supermajorities warrants further reflection. The Zimbabwean experience demonstrates that constitutional drafters and opposition groups should not only focus on securing concessions at the time of constitution-making, but also devise mechanisms to effectively preclude their nullification by resurgent ruling parties.

D. Tinashe Hofisi is a doctoral candidate at the University of Wisconsin-Madison School of Law. He writes in his personal capacity.