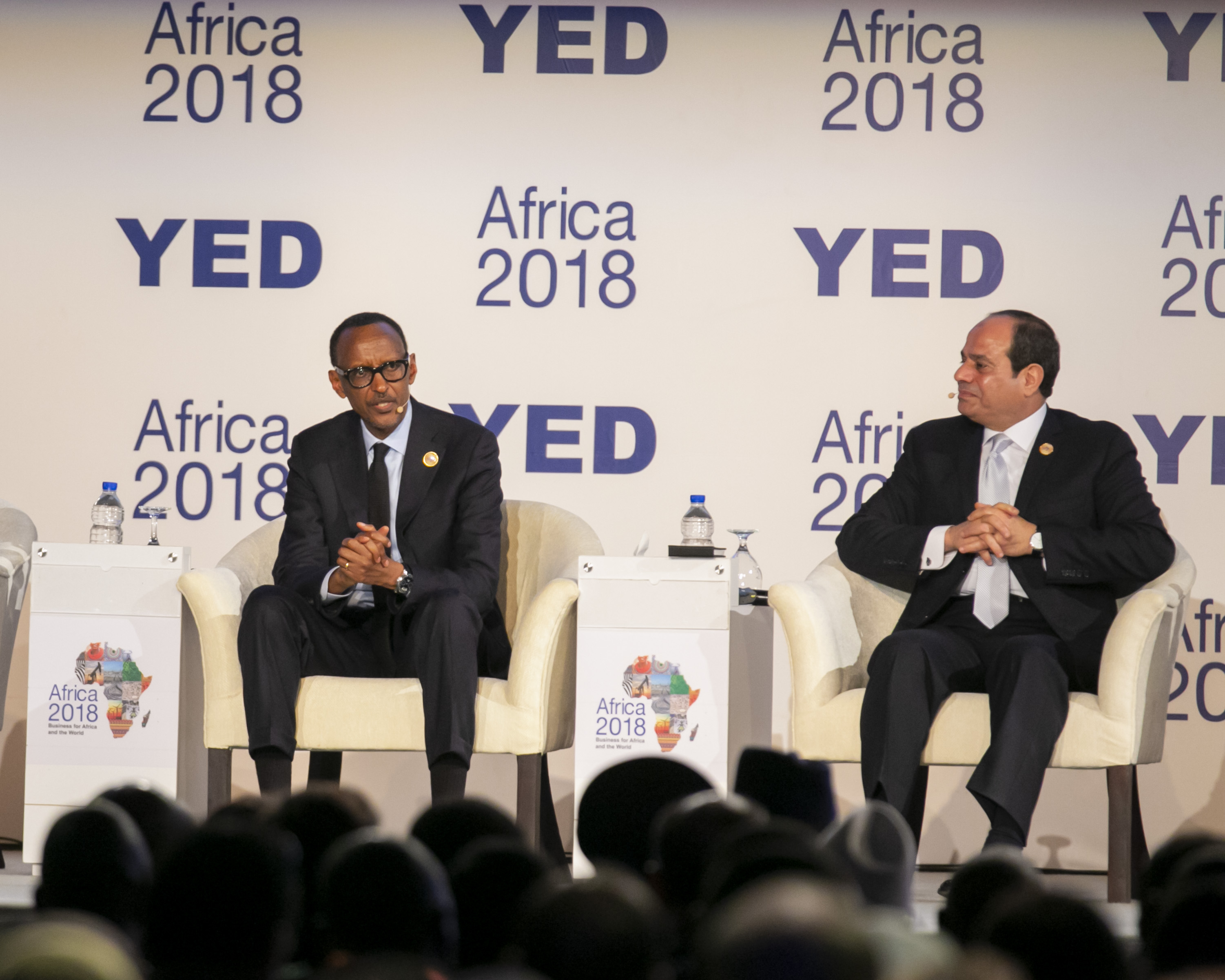 President Abdel Fattah al-Sisi of Egypt (photo credit: Paul Kagame/flickr)
Egyptian President Abdel Fattah al-Sisi has issued a decree for renewing the state of emergency nationwide for three months starting Monday, state-run Ahram newspaper said. [ . . . ] According to the Egyptian constitution, presidential decisions to renew the state of emergency must be approved by the country’s parliament. Al-Sisi first imposed a three-month nationwide state of emergency in April 2017, following bomb attacks at two churches in the northern provinces of Gharbiya and Alexandria that killed at least 47 and wounded over 120 others. It has been constantly renewed in accordance with the constitution.
Read the full article here: CGTN