Courts vs Incumbents: Guaranteeing Alternation of Power in the Central African Republic 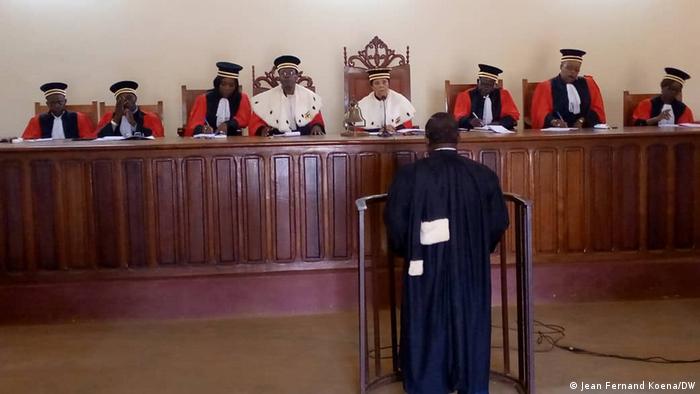 The “Republican Dialogue” and proposed amendment

In March 2022, during a "Republican Dialogue" convened by President Faustin-Archange Touadéra after his re-election, members of the majority party proposed an overhaul of the 2016 Constitution among the final recommendations to be adopted by the dialogue participants. Opposition parties – which had boycotted the dialogue – and civil society groups strongly opposed the proposal, arguing that a constitutional reform would provide an opportunity for the President to extend his stay in office. President Touadéra is expected to complete his second and final term in 2026. In May 2022, a group of parliamentarians from the majority party, MCU, which is also the party of the President, submitted a constitutional amendment bill to the National Assembly. The proposed constitutional amendments to the 2016 Constitution included the abolishment of presidential term limits, the creation of the office of Vice-President, the prohibition of dual citizenship for presidential candidates, as well as the modification of the composition of the Constitutional Court (wherein heads of state would become ex officio members).

The Government explicitly stated that the adoption of a new constitution would enable it to bypass constitutional obstructions and rewrite provisions that are deemed unamendable.

In July 2022, during an extraordinary meeting of the Council of Ministers, the Government endorsed the terms of the constitutional amendment bill but strategically opted to repeal the existing Constitution and write a new one. The Government explicitly stated that the adoption of a new constitution would enable it to bypass constitutional obstructions and rewrite provisions that are deemed unamendable. It referred mainly to article 153 of the Constitution, relating to unamendability of provisions relating to the number and duration of presidential mandates. On 9 August 2022, in a memo addressed to the Government, on behalf of the Bureau of the National Assembly, the President of the National Assembly urged the Government to initiate a constitutional referendum procedure and establish an inclusive constituent body. Consequently, during his address to the Nation on 13 August 2022, President Touadéra confirmed his intention to initiate a constitutional reform. He invoked not only the above-mentioned National Assembly memo but, more importantly, “popular demand” for a new constitution adapted to the country’s social, political, and environmental circumstances.

It was against this background that President Touadéra signed four decrees to establish the Constitution Drafting Committee and appoint its members. On 26 August 2022, he signed his first decree establishing a committee responsible for drafting a new constitution for CAR (Decree no. 22.348). The Drafting Committee was mainly tasked with developing a draft constitution and related documents which would be submitted to the President no later than three months from the date of the Committee’s installation. The Drafting Committee was composed of fifty-three members representing various viewpoints, appointed by their respective entities on the basis of their expertise, experience, credibility and moral integrity. The Committee included representatives of Government institutions, National Assembly, independent constitutional bodies, political parties, civil society, academics, traditional leaders and minority groups.

Political opposition and civil society petitions against the presidential decrees

In a ground-breaking decision, on 23 September the Constitutional Court addressed all petitions filed against the presidential decrees issued in the context of the proposed constitutional referendum. On the proposed abrogation of the 2016 Constitution and its replacement by a new one, the Court ruled that the powers vested in the Bureau and President of the National Assembly – whose memo President Touadéra used to partly justify the reform drive – are merely powers of management and administration. The Court concluded that they do not have any constitutional power to initiate the repeal of the Constitution, nor ask the Government to set up a constituent body. Similarly, the Court found that there is no constitutional provision allowing the President to initiate the abrogation of the Constitution and establish a constituent body.

The Court highlighted that only the National Assembly and the Senate represent “popular sovereignty” and can initiate a referendum.

From a broader perspective, the CAR Court decision is evidence that the limitation of presidential terms can still be imposed on the incumbent president despite the apparent support of the political apparatus, including the parliament. Conducive circumstances such as the existence of a robust constitution, effective separation of powers and citizens’ direct access to Constitutional or Supreme Courts might be key elements for successfully enforcing presidential term limits. If implemented peacefully, the Court decision could set a ground-breaking example of constitutional democracy in the Central African Region and beyond. As for CAR, ultimately, it is hoped that the recurrent debate on the amendment of the presidential term under the 2016 Constitution will eventually come to a close and that any constitutional amendment initiated in the country will take place in a more consensual context and in the best interest of the people of CAR.

Dr. Sonia Vohito holds a PhD in comparative constitutional law from the University of Pretoria, Institute for International and Comparative Law in Africa, South Africa. She is a human rights and child rights specialist.