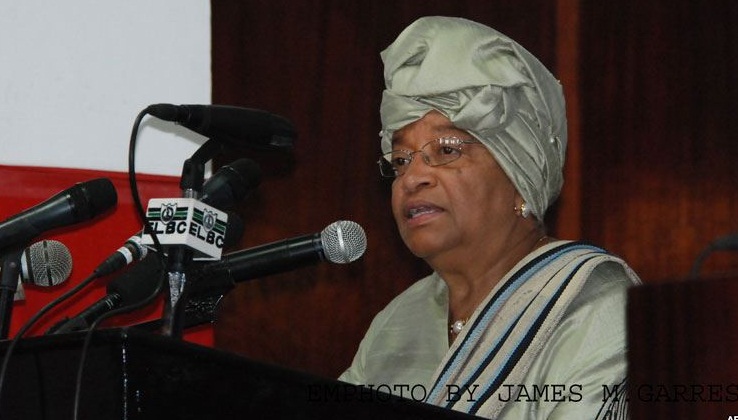 Liberia’s return to constitutional democracy in 2006 presented opportunities for a new beginning after years of political and violent crises during which over 250,000 persons were killed. The new government, inaugurated in 2006, initiated programs of reforms in almost all sectors including right-sizing and strengthening the civil service, rationalizing and capacitating public institutions, reorganizing the security institutions, and transforming the economy among others. Ten years after the return to peace, constitutional reform has emerged as the key reform program. What is driving the review process? How is this likely to strengthen Liberia’s constitutional democracy?

Liberia’s fourteen-year conflict (1989-2003) was by no means accidental or just sheer political misfortune. Nepotism, corruption, gross human rights violations, marginalization and impunity under successive regimes are just few examples of governance malaises that fuelled the conflict. This, commentators argue, has been underpinned in recent years by a system of over-centralization and an imperial presidency empowered by the Constitution. Thus, it was necessary to overhaul the system and provide for equal opportunities for all.The first post-war government initiated the process by introducing a range of reforms affecting all public sector institutions through legislation and institutional reordering. Most of the reforms - for example the proposal in the Public Sector Reform Strategy to appoint a high level professional as Principal Administrative Officer, and relevant provisions of the National Policy on Decentralization and Local Governance that call for the election of local officials - fell short due to legal incompatibilities with the Constitution. Given this history, it was argued that a comprehensive review of the Constitution was necessary to (1) reform Liberia’s system of republican government (2) provide for greater citizen participation and equal opportunities, and (3) establish general principles and a framework for reform in all other areas including the role of civil society and private sector interest groups in the state.

A twenty-one memberConstitution Reform Taskforce, set up in 2009, was unable to make progress due in part to scarce funding and also, arguably, lack of political will from the leadership to see the process through. Instead, piecemeal reforms were proposed in an unsuccessful constitutional referendum in 2011 focusing on the electoral system, judicial tenure, elections-scheduling and presidential candidate requirements. The attempt was criticized by many as insufficiently ambitious. Observers argued that the issues at stake are such that they can only be effectively addressed through wide-ranging constitutional reforms.

President Sirleaf-Johnson’s establishment of a new five-member Constitution Review Committee in August 2012 can be seen as a response to these criticisms. In 2013 the newly formed Committee, chaired by former Supreme Court Chief Justice and Minister, Gloria Musu-Scott, began popular consultations on the way forward in reviewing the Constitution. The Committee made it clear that its mandate is to review the current Constitution and make recommendations to the President for reform, which could be either in the form of proposals for a few amendments or proposals for a new constitution.

Whatever proposals emerge from the Committee’s work would have to ultimately be approved both by the legislature and the public in a referendum before they become binding. Article 91 of the current Constitution provides that proposals must receive ‘the concurrence of two-thirds of the membership of both houses of the Legislature’, and be ‘ratified by two-thirds of the registered voters in a referendum.’  Article 92 further provides that where there is more than one proposed amendment being put to the referendum, the public will be allowed to vote for each proposed issue separately.

What is at stake?

A key feature of contemporary constitutional reform processes, especially those in post-conflict or transitional contexts, is how polarizing they can become in the face of the conflicting interests ofstakeholders. The ongoing Liberian process is no different. Stakeholders are currently wrestling with the challenge of building consensus on a number of issues that have already proven to be divisive.

Citizenship, specifically dual citizenship , is among the most controversial issues. At the heart of it are two questions. One is whether to allow dual citizenship for Liberians. The prolonged civil war and the subsequent isolation of the country caused many Liberians in the diaspora to obtain citizenship in several countries, particularly in the United States and Europe. These Liberians are today returning and want to regain their Liberian citizenship while retaining their citizenship gained abroad. This has pitted leaders of diaspora organizations against local nationalists who believe that dual citizenship does not protect loyalty to any one country. Previous attempts to resolve the issue through legislation have been unsuccessful.

The second question is whether Liberian citizenship can be granted to non-Liberians. In fact, the root of this problem lies in the Constitutional Convention of 1847. Delegates to the Convention decided that ’none but persons of color shall be admitted to the citizenship of this Republic’.  It was further detailed in the 1986 Constitution that only persons who are Negroes or of Negro descent can qualify for Liberian citizenship. The ‘Negro Clause’, as it is called, has also become a primary source of recurrent tension between the Liberians who see it as a necessarily protectionary and immigrants of non-African descent, particularly Asian and Arab merchants, who see it as manifestly racist.

Decentralization is another critical issue. At the heart of this is the need to curtail the excessive powers of the presidency and the central government. Proponents for decentralization argue for governance arrangements that allow countiesto elect officials tooversee development programs in their localities. At the moment, the President has extensive powers which include appointing and removing local officials including chiefs. Opponents argue that the counties have limited capacities for self-governance, and that decentralization will increase public spending.
A third issue is the proposal for the reduction of tenure for elected officials – the president and legislators. Under the current Constitution, the President and members of the House of Representatives are elected for six-year tenure, while members of the Senate are elected foranine-year tenure. Activists argue that this is too long and reduces competitiveness and innovation in the nascent democracy. Instead, they are proposing that the tenure of the President and members of the House of Representative be reduced to four years and that of the Senate to six years. This proposal seems to be very popular among civil society actors.

The current constitution review process has resonatedwith the general populace who are yearning for a more egalitarian society. Undoubtedly, the process provides an opportunity to address many of the governance shortfalls plaguing the country, and to lay foundations for constitutional democracy. If the numerous debates are well articulated and national consensus is built, it is likely that this process will address the issues of power and resource distribution that have afflicted the country for years. Other issues including the application of customary justice and women’s representation and political participation are likely to be addressed as well. In fact, the latter has been a long standing issue in Liberia and Parliament has recently recommended that it be sent to the Scott Committee to consider as part of broader constitutional reforms. Equalization of public power, in particular by curtailing those of the President are all necessary measures that the reforms must address if the quality of Liberia’s constitutional democracy is to be improved. Fortunately, there is an abundance of recent positive experiences with valuable lessons to offer. Kenya and Tunisia are recent examples. But will Liberia look there at all?

The answer depends on a much larger question—whether there is real political will to see the process through this time. Assuming even that there is, Liberia’s entire political class has too much vested interest in the current system to want to completely dismantle it. While they may give in to public demands for decentralized governance, it would be naïve of anyone to think that demands for reduction of the tenure of elected officials will sail through as easily. There are too many perks at stake for these officials, including the political opposition in the legislature, to just walk away from. This perhaps explains why mostly the non-political opposition, in particular, the civil society has been most vocal about this.

Ibrahim Al-bakriNyei is a policy analyst at the Governance Commission of Liberia. The views expressed in this article are solely those of the author.

Moses S. 23 May 2016
I think dual citizenship is a necessity: many Liberians who have adopted other citizenships do love Mama Liberia, and remain integral parts of its life in every meaningful sector including the economy. The dual citizenship should even include children born to Liberian parents on foreign soil. Such reform will only harness Liberia's greatness as a beacon of freedom, hope and love in the world. For the question of loyalty because of dual citizenship, we should look to the nation of Israel: I know of know people earth who are loyal to their nation and its cause than the people of Israel. The Israelites' history is never separated from war and its displacement. Yet, they returned home and are nationalists/patriots - which is the foundation of their security. By the way, I believe that the rebels and their lords had only Liberian citizenship, but they were not loyal to Liberia. Killing Liberians, raping women of all ages including children, and breaking down the nation's infrastructure do not seem like loyalty to Liberia. Stop and think! DUAL CITIZENSHIP is indispensable to our national survival.
Adem Abebe 27 May 2016
Dear Moses, many thanks for the comment. The constitutional drafters will hopefully consider your comments and passion. If you would like to receive more updates on constitutional developments in Liberia and elsewhere, you may subscribe here: http://www.constitutionnet.org/dashboard For the latest analysis on Liberia, please check here: http://www.constitutionnet.org/news/liberias-constitutional-future-religious-and-centralized All the best, Adem