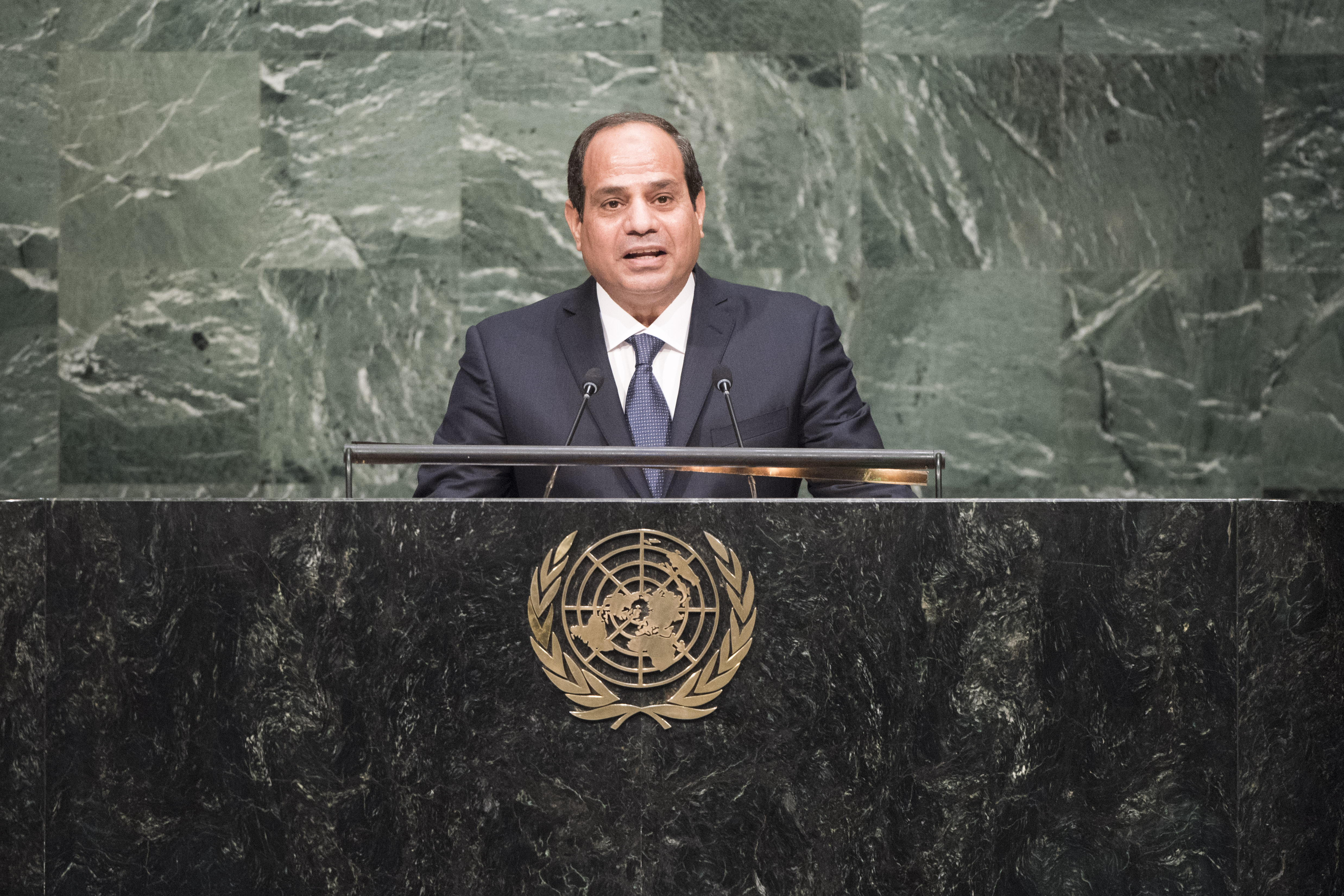 Egyptian President Al Sisi (photo credit: United Nations photo/flickr)
The day after a set of controversial constitutional amendments were approved in a national referendum in April, the Minister of Justice sent three laws to the heads of Egypt’s judicial bodies. The first two bills regulate how the heads of the country’s top judicial bodies are selected — namely the Supreme Constitutional Court, the Administrative Prosecution Authority, the State Lawsuits Authority, the Court of Cassation, and the State Council — as well as the military judiciary. The third law establishes a Council of Judicial Bodies, headed by the president and comprised of the heads of various judicial agencies, and also includes the head of the military judiciary.
Read the full article here: Mada Masr