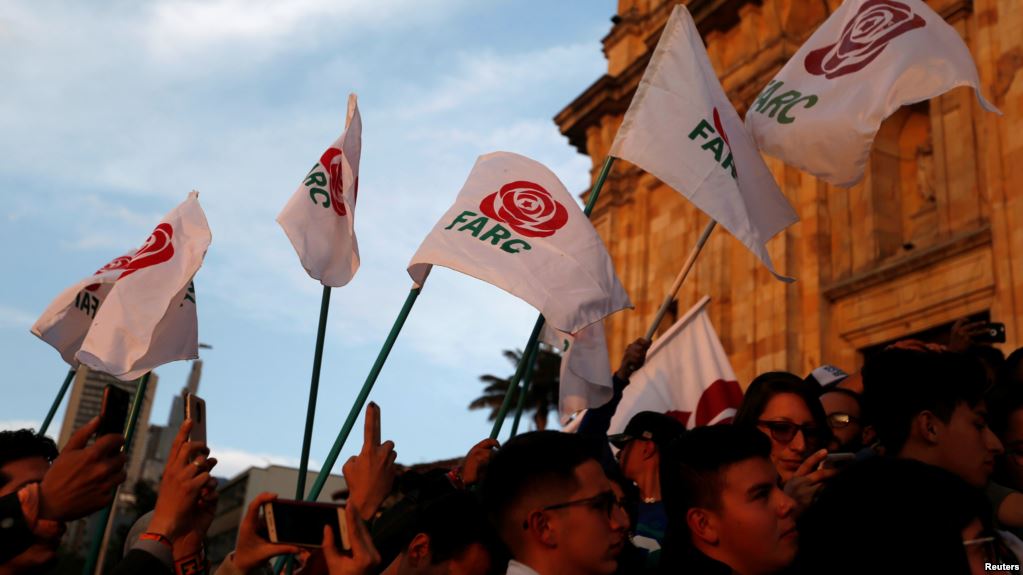 Revolutionary Alternative Force of the Common (FARC) Political party flags are seen during a protest in support of the Special Jurisdiction for Peace (JEP) (photo credit: Reuters)
Colombia's lower house on Monday rejected President Ivan Duque's suggested changes to a special tribunal tasked with trying former rebels and military officials for war crimes, the latest in a series of congressional defeats for Duque. Duque had asked legislators to review six parts of the law that regulates the Special Jurisdiction for Peace (JEP) court, which was created as part of a 2016 peace deal between the government and the Revolutionary Armed Forces of Colombia (FARC) rebels. But lawmakers defeated the proposal, with 110 voting to turn down the modifications and just 44 backing them. The changes had been widely expected to be defeated because the peace accord is now part of the country's constitution and changes to it require a two-thirds majority in the legislature.
Read the full article here: VOA News