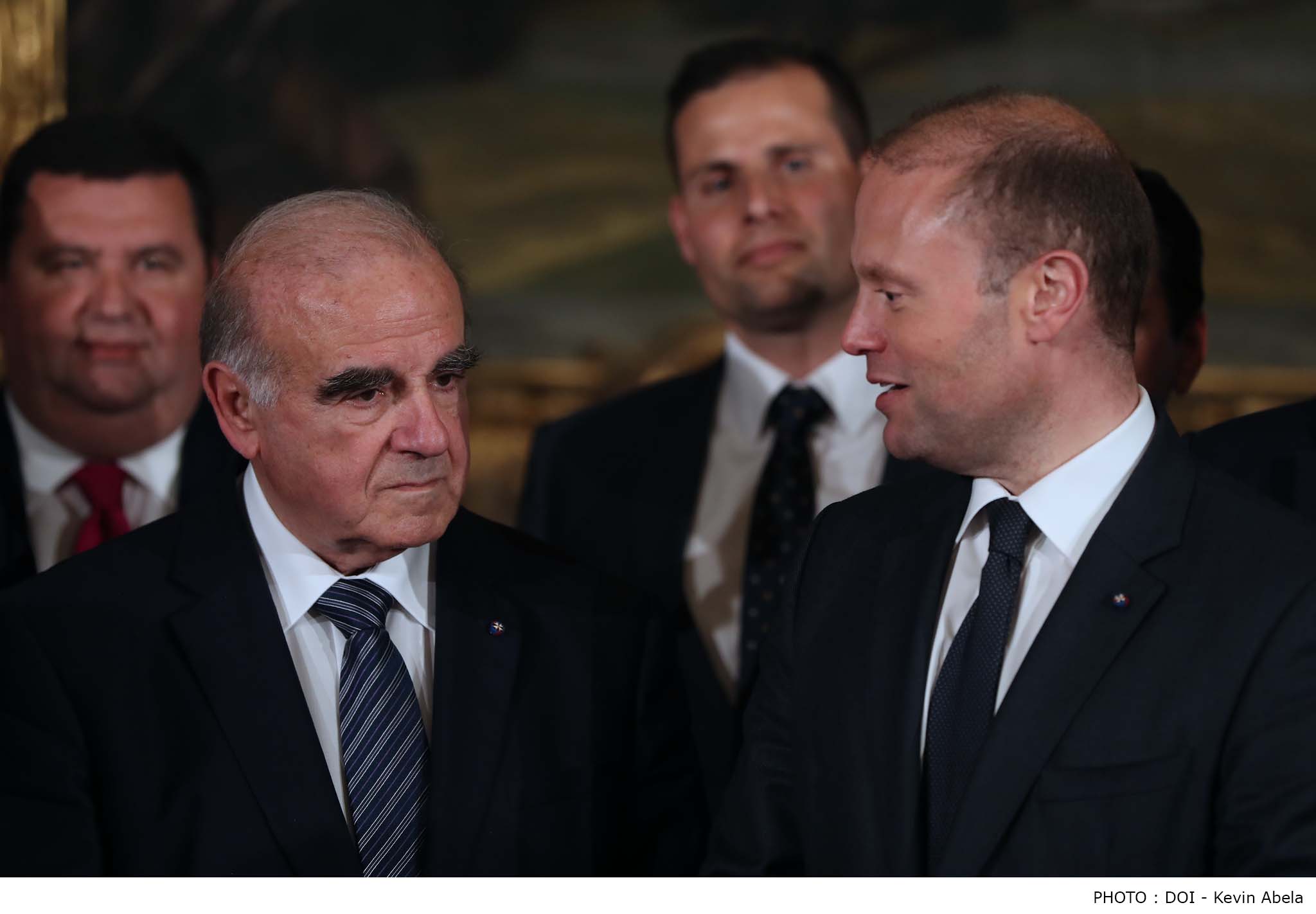 Despite broad political consensus that Malta needs comprehensive constitutional reforms, the process so far has been slow. This may be partly because of the unwillingness of the ruling majority to concede discretionary powers in a country with an effective two-party system. As a neutral political figurehead, the newly appointed President may be best placed to rely on the report of the Venice Commission to lead the reform process to a conclusion – writes Dr Briguglio.

Plans to reform the Maltese Constitution have been floated for long now. In May 2019, the Constitutional Reform Committee convened under new President George Vella. The Committee was established in November 2018 in a meeting on constitutional reform held at the President’s Palace between then President Marie-Louise Coleiro Preca and representatives of the two main political parties in Malta, Labour and Nationalist, who form part of the Steering Committee for Constitutional Reform.  In June 2019, the Steering Committee announced that it will launch consultation meetings with trade unions and other organised groups. Despite the recognition of the need for constitutional reform, progress remains elusive. The planned launching of consultations by the Committee may provide the impetus the process needs.

Subsequently, the Minister for Justice, Culture and Local Government asked the Commission for its opinion on Malta’s ‘legal and institutional structures of law enforcement, investigation and prosecution in the light of the need to secure proper checks and balances, and the independence and neutrality of those institutions and their staff whilst also securing their effectiveness and democratic accountability’. In its opinion published on 18 December 2018, the Venice Commission welcomed the government’s reform plans.  The Commission also recognised the recent election of a Commissioner for Public Standards whose political background was within that of the opposition Nationalist Party.

The Maltese Prime Minster remains at the centre of political power, with significant appointment powers and without proper institutional checks and balances.

Nevertheless, the Venice Commission found the reforms insufficient. Of note was the need to reform the judiciary and the role of criminal prosecution. The Commission noted that even though Malta inherited a Westminster inspired constitutional framework, it did not follow reforms that were undertaken in the UK since the 1980s. Notably, the Commission indicated that ‘the Prime Minister is at the centre of power and other actors (President, Parliament, Cabinet of Ministers, Judiciary, Ombudsman) have too weak an institutional position to provide sufficient checks and balances’.

While welcoming the introduction of a Judicial Appointments Committee (JAC) in 2016, the Commission found that it falls short of ensuring judicial independence. It also found ‘problematic’ the double role of the Attorney General, namely as government advisor and prosecutor respectively. It also noted that whilst the Prime Minister had considerable power, Malta’s part-time Parliament was too weak to exercise sufficient control over the executive branch of power, that crucial checks and balances are missing, and that Malta’s independent media and civil society were relatively weak.

The empowerment of the President and the Constitutional Court and establishment of an independent prosecution authority are central to the Venice Commission’s reform recommendations.

In sum, the Venice Commission made the following main recommendations to the Government of Malta. The reforms are principally intended to check the extensive powers of the Prime Minister and require significant constitutional reform:

Furthermore, the Commission called for a reduction of appointing powers granted to the Prime Minister and the limitation of appointments to positions of trust to assist in the implementation of their respective political programmes. Whilst acknowledging that ministers may have a legitimate need to appoint persons to positions of trust, the Commission ‘was informed that the number of such persons of trust had increased considerably (currently some 700 persons) and that even persons working as gardeners or drivers have been recruited under this procedure’.  The Commission added that such changes would represent an evolution in Malta’s legal system and should be accompanied by adequate transitional arrangements and wide public consultation.

While calling for the good faith implementation of the proposed reforms, the Venice Commission emphasised that there is no uniform constitutional model for good governance. In particular, it recognised the specific challenges arising from Malta’s small size, with a population of around half a million people, as a result of which ‘governance models that work in larger jurisdictions may not always be realistic within the context of a smaller island’.

The reforms outlined in the Venice Commission report have support, particularly from the two major parties. The Government of Malta led by Prime Minister Joseph Muscat from the Labour Party welcomed the opinion of the Venice Commission, adding that it was in general agreement with the bulk of the proposals and intended to implement them. The government emphasised that the Commission’s recommendations mainly focused on laws and systems which were long-standing, and which were ‘inherited’ by the Labour government, which came to power in 2013 after 25 years in the opposition, save for a 22-month interlude. The government also referred to several reforms it had already carried out and ‘the work of the Steering Committee for a Constitutional Reform Committee presided by the President of the Republic could not have commenced at a more opportune time’.

It further added that the support of the opposition was required as most reforms need constitutional change, which must be supported by a two-thirds majority in parliament. The Leader of the Opposition, Adrian Delia, subsequently tweeted that yet another international body had raised concerns over the rule of law in Malta, adding that ‘We have to act and act fast to safeguard our reputation’.

Parallel to plans to work on comprehensive constitutional reforms, piecemeal amendments have also been considered, including with a view to enhance gender balance.

Other political actors in Malta have similarly expressed their support to constitutional reform. In January 2019, the Democratic Party, which has two seats in parliament, called for the appointment of a technical commission comprising local and foreign constitutional experts to assist the Constitutional Review Committee. The party largely supports the reform areas identified in the report of the Venice Commission. In February 2019, the Green Party, which does not have parliamentary seats, referred to the need for changes in the electoral law, parliamentary gender balance and ethical pluralism rather than linking the Constitution with just the Roman Catholic faith. It also referred to the need for popular initiatives to propose laws, which would extend current legislation which limits binding referenda to abrogative ones.

In March, Repubblika – a recently formed group which includes Nationalist-leaning activists who were critical of the Nationalist Party’s leadership – announced that it submitted recommendations to the President of Malta and to the Steering Committee for Constitutional Reform. It called for a ‘citizen-led reform that is inclusive and participatory’ rather than top-down reforms controlled by politicians behind closed doors. It added that the constitution should be amended, not replaced, and that its process should be transparent and phased in thematic sectors, not adopted as a package.

As the major reforms seek to check the powers of the Prime Minster, the ruling party may be reluctant to pursue reforms.

In the meantime, on 28 March 2019, the European Parliament adopted a resolution on the situation of rule of law and fight against corruption in the EU, specifically in Malta and Slovakia. The resolution noted that Malta has started a process of ‘exploring constitutional reforms’ and welcomed the Government of Malta’s position regarding the recommendations of the Venice Commission, called for their implementation, and commended the creation of the Steering Committee comprising representatives from both government and opposition to lead the constitutional reform process.

Parallel to plans to work on comprehensive constitutional reforms, piecemeal amendments have also been considered. For instance, in June 2018, parliament approved a bill to give constitutional recognition to the environment.  In March 2019, the Government of Malta presented a consultation document for gender balance in parliament which would increase the number of female members of the otherwise 65-member parliament by 12 if members of the under-represented sex would be less than 40% of the total. The document also proposed other reforms to increase gender equality in parliament.

A new momentum for comprehensive reform?

In April 2019, George Vella, a former Labour Foreign Minister, was appointed President of Malta. In May, his office announced that the Constitutional Reform Committee met for the first time under his chairmanship and that it would be meeting regularly. It also discussed methods for popular participation in the reform process. The Committee has met with the Democratic and Green Parties and Repubblika, as well as the Eurosceptic group Front Maltin Inqumu and former speaker Anton Tabone on matters related to sister island Gozo. The Committee plans to meet trade unions and other organised groups.

Despite the ongoing process for comprehensive reform, the government proposed a bill to divide the Office of the Attorney General with a view to separate the office of the prosecution. The main opposition criticised the government for bypassing the Constitutional Review Committee, apparently to avoid the required two-thirds parliamentary approval. It also noted that the proposals were incomplete as they do not give effect to the changes recommended by the Venice Commission. The same bill was criticised by respected scholar Kevin Aquilina, former Dean at the Faculty of Laws at the University of Malta, who called it a ‘parody of the [Venice]Commission’s report’.

Malta’s constitutional and institutional reform efforts have been uneven and controversial. On the one hand, the Government has declared its intent to carry out reforms in various areas. On the other hand, it is debatable (if not doubtful) whether some of these are carried out in the spirit requested by the authorities such as the Venice Commission. Despite talk of constitutional reforms in the last several years, the process has been slow and to date has not resulted in substantive impacts. The failure to timely implement some of the reforms have raised practical controversies. Notably, the recent appointment of judges was criticised for failing to follow the spirit of the recommendations of the Venice Commission and has been challenged in the Constitutional Court.

As the chair of the Constitutional Review Committee, and in line with the expanded role that the Vencie Commission suggested for the presidency, the new President is best placed to enable the successful constitutional reform process and lean on the government and other groups to implement a transparent, participatory and comprehensive constitutional reform process. The recommendations of the Venice Commission provide a useful reference point in guiding the direction of the reforms. Nevertheless, the particularities of Malta as a small island state should be taken into consideration, in particular the two party system, the strong connections between individual leaders and constituencies; a limited private sphere; the limited role of ideology and programmatic policy debate; strong political polarisation, the ubiquity of patronage, where nobody is faceless; and the capacity of a single group to dominate all aspects of public life. Given its hegemonic dominance, cemented in its recent landslide electoral victory in European and local elections, the Labour Government has particular responsibility to implement reforms. Nevertheless, as the major reforms seek to check the powers of the Prime Minster, the ruling party may be reluctant to pursue reforms. While fear of being on the opposition side could have motivated genuine reforms, this is less critical in the short term considering the ruling party’s recent electoral gains. It is therefore crucial that the President of the Republic takes the lead in pushing the needed reforms forward.

Dr Michael Briguglio is a Senior Lecturer at the Sociology Department, University of Malta.