Burundi sets May 17 for vote on contested constitutional reforms 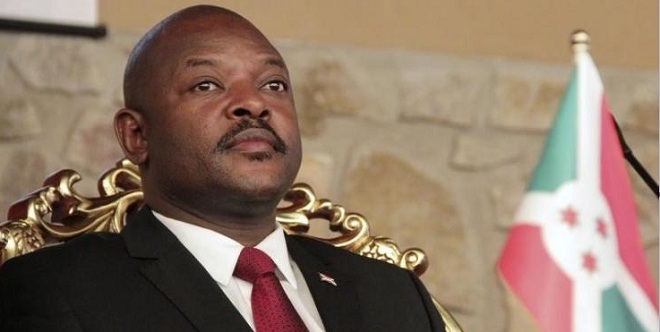 Burundi president Nkurunziza (Photo credit: The Independent)
Burundi’s President Pierre Nkurunziza has set May 17 as the date for a referendum on a controversial constitutional reform that could keep him in power until 2034, according to a decree signed Sunday.
Read the full article here: AFP/The Independent