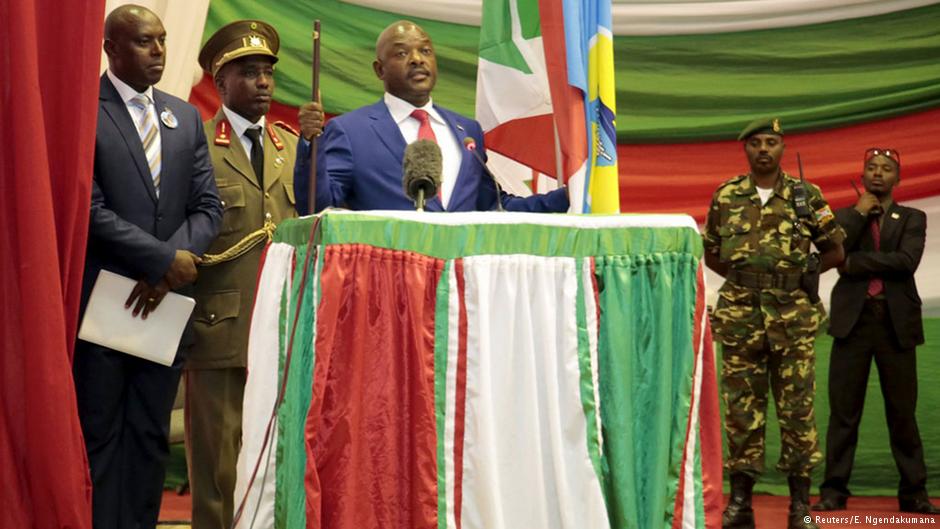 Burundi"s President President Pierre Nkurunziza delivers his speech after being sworn-in for a third term following his re-election at the Congress Palace in Kigobe district, Bujumbura, August 20, 2015 [photo credit: Reuters]
<p>In strife-torn Burundi, President Pierre Nkurunziza has nominated a new cabinet less than a week after being sworn in for a controversial third term. Dominated by hardliners, it is unlikely to be genuinely inclusive.</p><div></div><div> <p>The key figure in President Pierre Nkurunziza's new 20-member cabinet is Alain-Guillaume Bunyoni, who has returned to the post of minister for public security, a position which he held from 2007 to 2011 before being becoming chief of cabinet in 2014. </p>
Read the full article here: Deutsche Welle