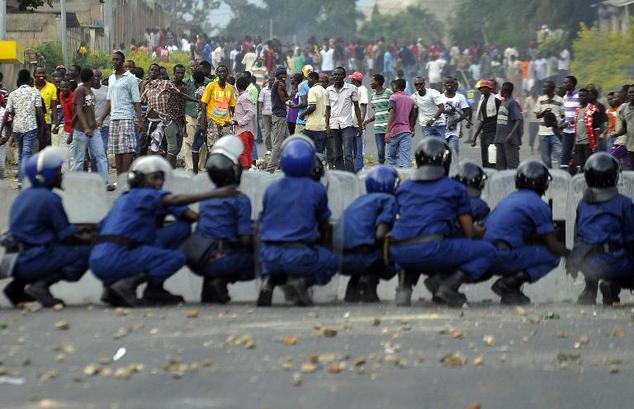 Photo Credit: Simon Maina (AFP)
<p>Burundi’s constitutional court will examine the legality of President Pierre Nkurunziza’s bid for a third term, the Senate said Wednesday, after days of violent protests over his plans to contest June elections. Venant Barubike, private secretary to the Senate president, told AFP that a motion had been submitted to the court seeking interpretation of key articles related to a possible presidential third term.</p><p>At least five people have died in protests that erupted at the weekend after the ruling CNDD-FDD party designated Nkurunziza its candidate for the presidential election to be held in the central African nation on June 26.</p>
Read the full article here: The Guardian Newspapers