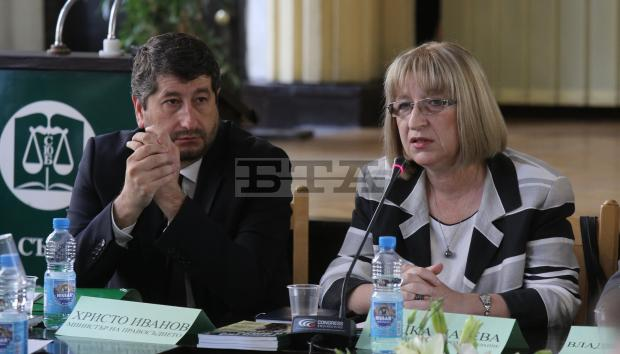 National Assembly Chair Tsetska Tsacheva [photo credit: Bulgarian News Agency]
<p>A round table on the constitutional model&nbsp;of the Supreme Judicial Council (SJC) and the proposed changes&nbsp;in it, is held here Monday at the Lawyers' Union. In her opening&nbsp;remarks National Assembly Chair Tsetska Tsacheva said that&nbsp;there has to be a change in the Constitution at any rate and the&nbsp;constitutional model of the SJC is only one of the things that&nbsp;needs to change.</p><p><span style="line-height: 20.3999996185303px;">Tsacheva noted that the changes are being discussed at a time&nbsp;when Bulgarian citizens have a feeling of injustice and the&nbsp;institutions of the European Union are urging changes in the way&nbsp;the judiciary functions.</span></p>
Read the full article here: Bulgarian News Agency