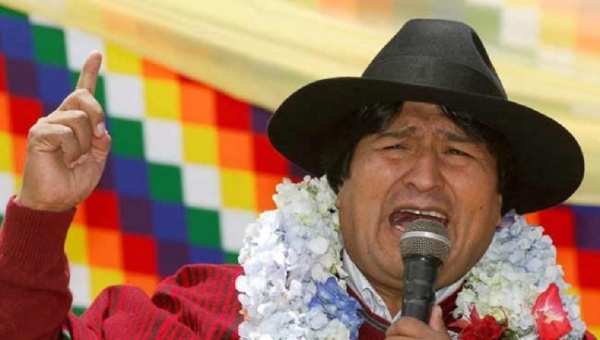 Bolivian people will decide in a February referendum whether Evo Morales will be allowed to run for re-election. (photo credit: EFE)
<p>The senate approved a new law that paves the way for the referendum in February when Bolivians will decide whether Morales can run for re-election.&nbsp;<span style="line-height: 20.4px;">Bolivians will now have the chance to decide whether they want President Evo Morales to be able to run for re-election after Congress voted in favor Thursday to proceed with the referendum.&nbsp;</span><span style="line-height: 20.4px;">The Bolivian Congress – integrated by the lower house and the senate – voted by two thirds of its 166 members to approve the law calling for the constitutional referendum on presidential re-election, which will be held on Feb. 21, 2016.</span></p>
Read the full article here: TeleSUR