Bipartisan Support for Constitutional Amendment to Lower Voting Age in Malaysia: Consensus Is the Way Forward in a Developing Democracy 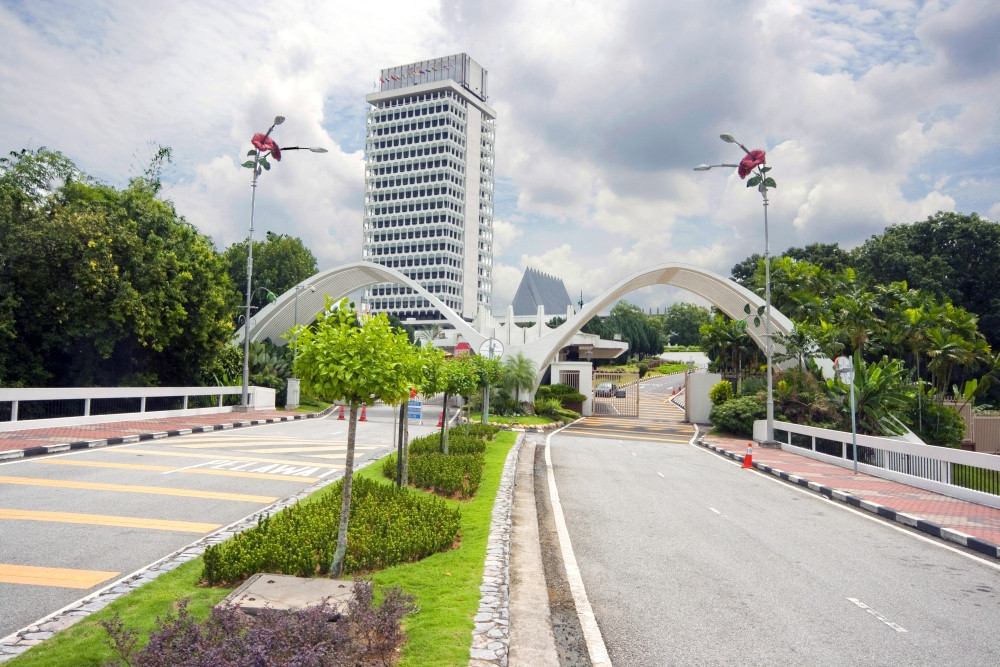 In a landmark development, the Parliament of Malaysia has amended the Federal Constitution to reduce the voting age in Malaysia to 18 years, from 21 previously. Simultaneously, the age of eligibility to stand for election to the Dewan Rakyat, or the Lower House of Parliament, has also been reduced to 18. The amendments further provide for the automatic registration of voters by Malaysia’s Election Commission (EC), a significant reform of the previous system under which eligible citizens had to apply for registration before being able to vote in parliamentary and State Assembly elections.

These changes were effected through alterations to Articles 47 (on eligibility to stand for election) and 119 (on the lowering of the voting age and the enabling of automatic registration) of the Federal Constitution. Interestingly, section 5 of the Eighth Schedule, which contains ‘Provisions to be inserted in State Constitutions’, was also amended to similarly lower the age of eligibility to stand for election to the thirteen State Assemblies in Malaysia. This now shifts the onus onto the State Assemblies to amend their respective State Constitutions accordingly, failing which Parliament can theoretically legislate to effect this change at State level as well.

This is the first successful constitutional amendment by Parliament since 2007, not least because no single party or coalition has commanded the requisite two-thirds majority in the Dewan Rakyat since the general election of 2008. This amendment also marks a significant achievement for the new Pakatan Harapan (‘Pact of Hope’, or PH) coalition government, which came to power in Malaysia’s 14th general election (GE14) last year on the back of an ambitious reform agenda. Reducing the voting age to 18 was one of the key pledges, specifically Item No. 17, of the PH’s electoral manifesto. As will be further discussed below, this development carries important implications for the future of Malaysian politics. These can be clustered around three main themes.

Firstly, the success of this constitutional amendment is remarkable given that the PH coalition does not control a two-thirds majority in the Dewan Rakyat, and does not even command a simple majority in the Dewan Negara (the Upper House, or Senate) which – due to its appointed nature – remains dominated by nominees of the previous Barisan Nasional (National Front, or BN) government for the time being. Generally, amendments to the Federal Constitution must obtain the support of at least two-thirds of the total number of members in each House. Earlier this year, an attempt by the new government to amend the Federal Constitution with regard to the status of the Borneo states of Sabah and Sarawak failed when BN and other opposition lawmakers withheld their support, resulting in that initiative falling short of the required majority.

This proposal, however, received unanimous support in the Dewan Rakyat when a vote was called on 16 July, marking the first time that a substantive constitutional amendment has secured bipartisan support in Malaysia’s legislature. Approximately a week later, it also sailed through without opposition in the Dewan Negara, with Senators from all the main parties providing the requisite two-thirds majority. Given that the Dewan Negara has previously blocked an attempt by the new government to repeal anti-fake news legislation, this was far from being a foregone conclusion at the outset.

In this case, unprecedented bipartisan support for the lowering of the voting age had been secured through meticulous preparation and prior consultation. The opposition – led by the BN and its ally, the Pan-Malaysian Islamic Party – had publicly made its support conditional on the automatic registration of eligible voters. This was clearly done in view of the concern that had the previous system continued, PH – which is generally more popular in urban and semi-urban constituencies – would have been able to register its young voters more effectively than its rivals, whose support base is more predominantly rural. In a significant concession, the Government then incorporated automatic registration into the constitutional amendment bill, thereby securing (or perhaps compelling) the support of the opposition.

Besides that, the Prime Minister and the Youth and Sports Minister also took the laudable initiative to personally meet opposition lawmakers in order to win their support for the amendment. The successful amendment also owes much to the role of a civil society movement, Undi18 (‘Vote 18’ in Malay) which mobilized public support and lobbied politicians on both sides of the divide in favour of this initiative.

The effort to pass this amendment therefore establishes a very positive precedent which demonstrates how broad-based consultation and compromise can secure bipartisan support for a genuine reform initiative. It is another step forward in the development of a mature democracy in Malaysia, which has only begun to transition to a genuine two-party system at federal level after the general election of 2018. Furthermore, this is a welcome departure from the previous practice of rushing legislation, and (before 2008) even constitutional amendments, through Parliament with scant regard for dissenting voices. Insofar as this episode sets the benchmark for successful constitutional amendments in the post-2008 era when no single party or coalition commands the necessary super-majority, it is certainly a welcome development.

A game-changer in Malaysian politics?

Second, the lowering of the voting age firmly establishes younger voters as a crucial group of stakeholders in Malaysian politics. With this amendment, the number of eligible voters at the next general election – which must be called by 2023 – is expected to reach approximately 22.7 million, as compared to 14.9 million in 2018 (GE14). This is likely to reframe the debate on public policy in Malaysia in the direction of issues that matter particularly to the younger generation such as jobs, affordable housing, and higher education opportunities.

Considering the typical pattern of urban migration amongst the younger generation in Malaysia, there is a real possibility that this influx of new voters will also exacerbate the malapportionment of electors in Malaysia’s notoriously gerrymandered delineation of electoral boundaries. With redrawing of constituency boundaries precluded for at least another seven years under the Federal Constitution following a highly controversial redelineation exercise that took place just before GE14, urban constituencies that are already severely under-represented relative to rural ones are likely to become even more so once the newly-enfranchised younger voters come onto the rolls.

What is less clear is which political party or coalition stands to gain from this development. At the last general election, PH was undoubtedly much more successful than its rivals on social media, a crucial battleground for appealing to youths and first-time voters. Younger voters, particularly in urban and semi-urban constituencies, are thought to have overwhelmingly backed the PH. However, that took place in the context of the considerable unpopularity of the previous regime, as well as numerous populist promises by PH such as the abolition of highway tolls and the deferral of higher education loan repayments, which the coalition has since found difficult to deliver. Currently, PH undoubtedly has the advantage among the segment of voters newly enfranchised by this constitutional amendment, but it cannot be assumed that these voters will remain onside by the time of the next election, especially as anti-incumbency factors begin to set in.

Moreover, the automatic registration compromise pushed for by the opposition, as discussed above, arguably evens out any advantage that PH may derive. Both the ethnocentric BN and its religiously conservative ally, the Pan-Malaysian Islamic Party, have ample tools with which to play on the sentiments of younger voters. If the current reformist PH government does not carefully address these voters’ concerns, their youthful energy and idealism could very well be channelled in support of the opposition by the time of the 15th general election.

Delivery of the Reform Agenda

Third, this amendment marks one of the most visible structural reforms delivered by the new administration to date. This goes some way towards allaying public concerns that many of the ambitious reforms that the PH promised in the last general election cannot, or will not, in fact be fulfilled. By securing this amendment, the new government has demonstrated that the reform agenda is still very much on track.

This amendment also brings Malaysia in line with most of southeast Asia (with the notable exception of Singapore) and the rest of the world in fixing the voting age at 18. This broadening of the franchise is certainly a progressive and much-welcomed development in the ongoing revitalization of democracy in Malaysia. As Malaysian law generally recognizes 18 as the age of maturity, maintaining the voting age at 21 is not only archaic and arbitrary, but also disenfranchises a large segment of the population which deserves to participate in the governance of the nation.

A Positive Benchmark for the Future?