Agendas of Constitutional Decentralization in Ukraine 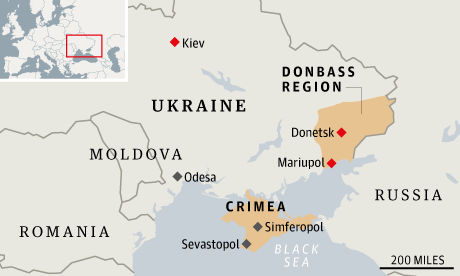 Looking at the institutional dynamics of the proposed provisions reveals how the amendment responds to the demands of these different groups. On one hand, these reforms represent important first steps toward responding to the demands of the protestors by creating the conditions for more responsive local government.  Additional statutory and fiscal change, however, is necessary to ensure a real change to the Soviet legacy of centralism.  On the other hand, the constitutional changes - even with President Poroshenko’s last minute change - do not satisfy the demands of eastern Ukrainians.  The Eastern Ukrainian view of decentralization is more far-reaching and would afford them a constitutionalized pseudo-federal status within the country.

Since independence, Ukraine suffered from the Soviet legacy of excessively centralized government.  During the Soviet period, government across the Soviet Union was organized along the lines of Leninist “democratic centralism.” Two key ideas underpinned Soviet government: 1) executive dominance and 2) centralism.  First, although the people of a local territorial unit could vote for a local legislature, this elected legislature (soviet in Russian; rada in Ukrainian) delegated all of its power to an executive body.  This executive dominance streamlined government by allowing for more effective implementation of top-down policy. Second, this executive-dominated legislature was then placed at the bottom of a vertically integrated pyramid that was controlled by the center.  The Party in turn used this vertically integrated system of executive-dominated legislatures as transmission belts of policy. Thus, despite elections, local government was accountable to the center and not to the electorate.

After the collapse of the Soviet Union, some European nations attempted to reform this system in the former Soviet republics.   For instance, the European Union and the Council of Europe -operating through its Committee of Regions and other bodies has long encouraged post-Soviet republics like Ukraine to reform their system of regional governance.  These calls have been grounded on the European Charter of Local Self Government.

Despite these efforts, very few concrete steps were made to eliminate the legacy of institutional centralism and executive dominance. Ukraine is no exception. Elections were retained for local government positions.  Without the Communist Party dominating regional elections, there seemed to emerge the possibility of holding regional government accountable to the local electorate (rather than to the center).  These elected representatives, however, had little executive power that power was instead exercised by a centrally appointed and vertically integrated “state administration” controlling centrally-allocated resources.  The key decision-makers in Ukrainian governance remained in a power vertical placed under the control of the president sitting in Kiev. Thus, the Soviet arrangement remained: Elected representatives were simply decorative while real power lay in the top down vertical of executive bodies.  The regions remained dependent on the central government for resources and policy priorities; political accountability flowed from the center rather than from the local electorate.

The first sustained and effective demands for a change to this Soviet legacy through constitutional decentralization came from the Maidan protestors in the wake of their successful bid to remove Viktor Yanukovich from power in 2014.  These protestors saw constitutional decentralization as the way to end the inherited “system” and improve local accountability. Many rightly blamed the cronyism in Ukrainian politics on the excessive institutional centralism.  The government has therefore been under significant pressure to find a solution to this problem.

Decentralization also became one of the key demands of the new leadership in Eastern Ukraine that - backed by Russia - stressed the need for autonomy from Kiev to preserve their linguistic and cultural traditions in the wake of a bloody civil war.  These demands soon found their way into point 11 of the 2015 Minsk agreement which called for “constitutional reform” where the “key element” is “decentralization.”

In response, on July 1, the Constitutional Commission released its draft constitutional amendment on decentralization. The amendment proposed important changes to Ukraine’s constitutional structure but did not satisfy the demands of both groups.  In particular, the federalism demands of the eastern Ukrainians remained unmet even when a mere week later President Poroshenko put forward his amendment proposal granting “special status” to the Eastern Regions following the visit of U.S. Assistant Secretary Nuland.

The reforms take an important first step in removing the legacy of excessive centralism. The most far-reaching change is that elected representatives at the community (hromada), district (rayon), and regional (oblast) levels of government now control executive power in the regions (Article 140 & 141).   At the bottom level of government - (in the hromadas) - Ukrainians will separately elect executives as well as their legislators.  At the district and regional levels of government, Ukrainians will elect legislators who will then be able to choose their executive.  Thus, with the right statutory framework, accountable local government can now carry out its preferred policies.  As the Venice Commission stated in its report, this “shift toward local self-governance deserves to be commended.”

These formal constitutional changes, however, represent only the beginning of an attempt to transition from the centralist system.  First, these formal changes do not disband the unelected, executive-dominated state administrations immediately.  Instead, they will continue to operate until October 2017.  During this transition period, these bodies will continue to control state budgets.   Second, additional changes are needed at the statutory level to ensure that local representatives are not captured by other interests, including the dominance of the business sector.  Furthermore, the reforms afford localities control over land and taxation, but also specify that “the state” will ensure the “adequacy of financial resources” and the “scope of powers of local self-government.”   Kiev therefore needs to pass additional laws to ensure that this central control will not keep the regions fiscally dependent on the center.

Third, important questions remain around the central government’s continued supervisory powers over regional government.  The reforms provide the President (head of state) and Council of Ministers (head of the executive branch) the power to interfere in the internal actions of regional government.   In particular, the reforms allow the Ukrainian President to temporarily suspend the power of the heads of local regions as well as local councils and to appoint a replacement in their stead if they violate the constitution or threaten Ukraine’s territorial integrity, national security, or state sovereignty. (Article 106, Section 8; Article 144).

Fourth, the constitutional reforms also create the institution of “prefects” that serve as executive representatives of the central government in the localities (Article 118).  These prefects are appointed and dismissed by the President and have the power to countermand provisions passed by local government.  (Article 144).  Prefects are broadly charged with coordinating the actions of local government and “supervising” legality.  The prefects are not new to Ukrainian government: In the 1990s, presidents had regional representatives called predstavniky that helped presidents to build a top-down presidential power.  The ambiguous powers given to this new institution have therefore been the most controversial part of the reforms, as they represent a mechanism of continued central control.

President Poroshenko has described this continued central - and largely presidential -supervision as an important “vaccination” against separatism.  But this kind of centralized supervision potentially continues the long-held Soviet tradition of executive centralism through legal supervision.  The Venice Commission was able to convince the Ukrainian Constitutional Commission to make a last minute change that subjects the unilateral review power of the President and the prefects to the Constitutional Court (Article 144).  Particularly, given the weakness of the Constitutional Court, the extent to which this executive supervision will allow for the persistence of the socialist tradition of executive dominance remains an important question.  Socialist legal legacies have proven hard to shake across the former Soviet area.  For these reforms to truly work in ending Soviet-era centralism, reformers will also need to boost the independence of the Ukrainian Constitutional Court so that it can check the centralizing tendencies of future Ukrainian presidents.

These constitutional reforms do not, however, meet the demands of Eastern Ukrainians.  On the contrary, the powers of presidential “supervision” create a constitutional roadblock to accommodating the decentralization demands of the Russia-backed Eastern Ukrainians.  The leadership in Eastern Ukraine has made it clear that they see decentralization as a constitutional arrangement, where they cannot be removed from power by the central government.  In fact, the leadership in both Donetsk and Lugansk made a formal request to the Constitutional Commission asking that the constitutional amendments ensure that they could not be removed from office. In this way, their interpretation of “decentralization” in the Minsk II agreement is a constitutionally guaranteed pseudo-federal relationship, where they receive special entitlements and cannot be removed by the center.  A spokesman for the Donetsk People’s Republic has described the solution as “contractual relations within the framework of international processes”.  The most immediate model for this is Crimea’s special constitutional status in Ukraine, outlined in a separate section of the Constitution entitled the “Autonomous Republic of Crimea” (this provision remains unchanged despite Russia’s annexation).

The constitutional commission emphatically rejected any concept of special federal-style protections for regional leadership in Donetsk and Lugansk.  Even President Poroshenko’s last minute changes on July 16 do not provide this status.  These changes - introduced after US Assistant Secretary Nuland’s visit - have excited some speculation that the Constitution grants Eastern Ukraine a special status.  All this last minute addition says, however, is that the special status of Dontesk and Lugansk will be described in law.

Dr. William Partlett is a Senior Lecturer at Melbourne Law School.  Previously, he was an Assistant Professor at the Chinese University in Hong Kong, a Postdoctoral Research Fellow and Lecturer at Columbia University, and a Fellow at The Brookings Institution.  Dr. Partlett holds a J.D. from Stanford Law School as well as a DPhil in Soviet History and MPhil in Russian and East European Studies from the University of Oxford.  He also holds an honors bachelors degree in International Affairs and Public Policy from Princeton University and speaks Russian. Dr. Partlett’s research broadly focuses on the role of institutions in comparative public law.   His work is currently focused in two areas: the institutional dimensions of constitution-making, and the distinctive institutional legacies of the socialist system of law in the former Soviet Union and Asia.