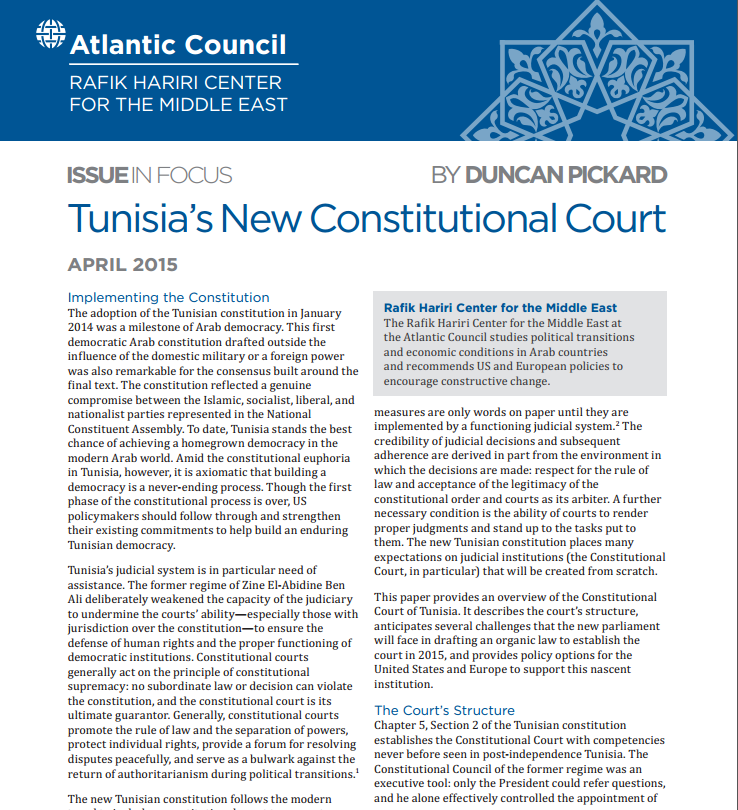 January 2014 became a milestone of Arab democracy when Tunisia adopted the first democratic Arab constitution drafted outside the influence of the military or a foreign power. In "Tunisia's New Constitutional Court," Duncan Pickard, a Nonresident Fellow at the Atlantic Council's Rafik Hariri Center for the Middle East, takes up the next step for the country's democracy: developing a functioning Constitutional Court. He introduces the court's structures, outlines the various challenges that the new parliament will face in drafting a law to officially establish the court, and details policy options for the United States and Europe to support Tunisia's nascent democracy.