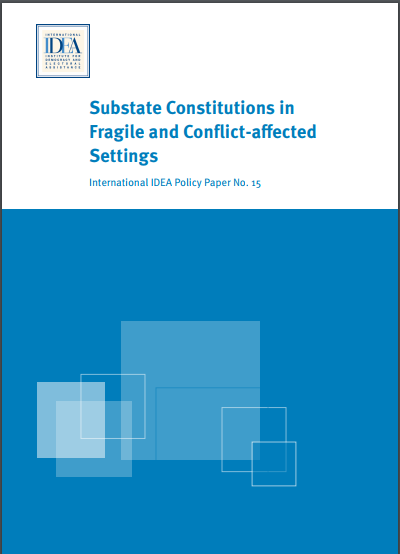 Substate constitutions are broadly understood as written legal instruments that limit and structure political power at the substate level, with legal supremacy regarding other substate laws. Their primary goals are to define the specific governance system of the substate entity, and often to codify citizen rights within its territory. They may also serve to delineate the political community and identity at the substate level. Substate entities, in turn, can be defined as territorially delineated constitutive parts of a country or state. This paper examines substate constitutions in fragile and conflict-affected settings—in both federal and unitary (or hybrid) states—adopted after the end of the Cold War starting in 1991. The universe of cases comprises 10 countries: Bosnia and Herzegovina, Comoros (Anjouan), Ethiopia, Indonesia (Aceh and Papua), Papua New Guinea (PNG, Bougainville), Russia (Chechnya and Dagestan), Somalia, South Africa, South Sudan and Sudan.