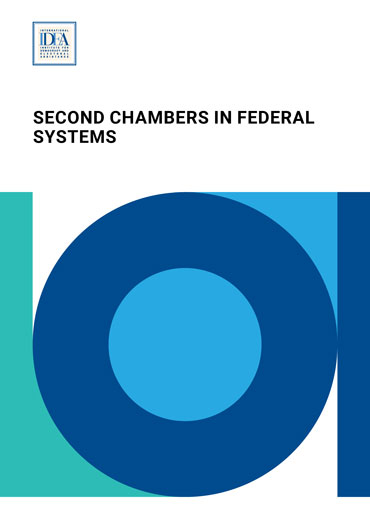 Federalism is a constitutional mechanism for dividing responsibilities between different levels of government in a country. It grants constituent units (i.e. substate territorial entities that may be called states, regions, provinces, Länder or cantons) a certain degree of autonomy (or self-rule) in regulating some policy areas.

Another key component of federalism is shared rule: constituent units are represented and participate in decision making at the federal or central level. In most federations, this takes place through a bicameral legislature (i.e. a legislature composed of two legislative chambers) at the federal level, in which the first chamber represents the people of the country and the second chamber represents the constituent units in some way. While almost all federations have bicameral federal legislatures, there is significant variation in the composition and mandate of the second chamber, and consequently in its role in the overall federal system.

When negotiating the design of a future federal system, stakeholders in a given country will need to consider various constitutional design alternatives and agree on the structure and responsibilities of the upper house insofar as it is meant to achieve shared rule. This Report highlights key considerations and provides an overview of these alternatives based on comparative analysis.