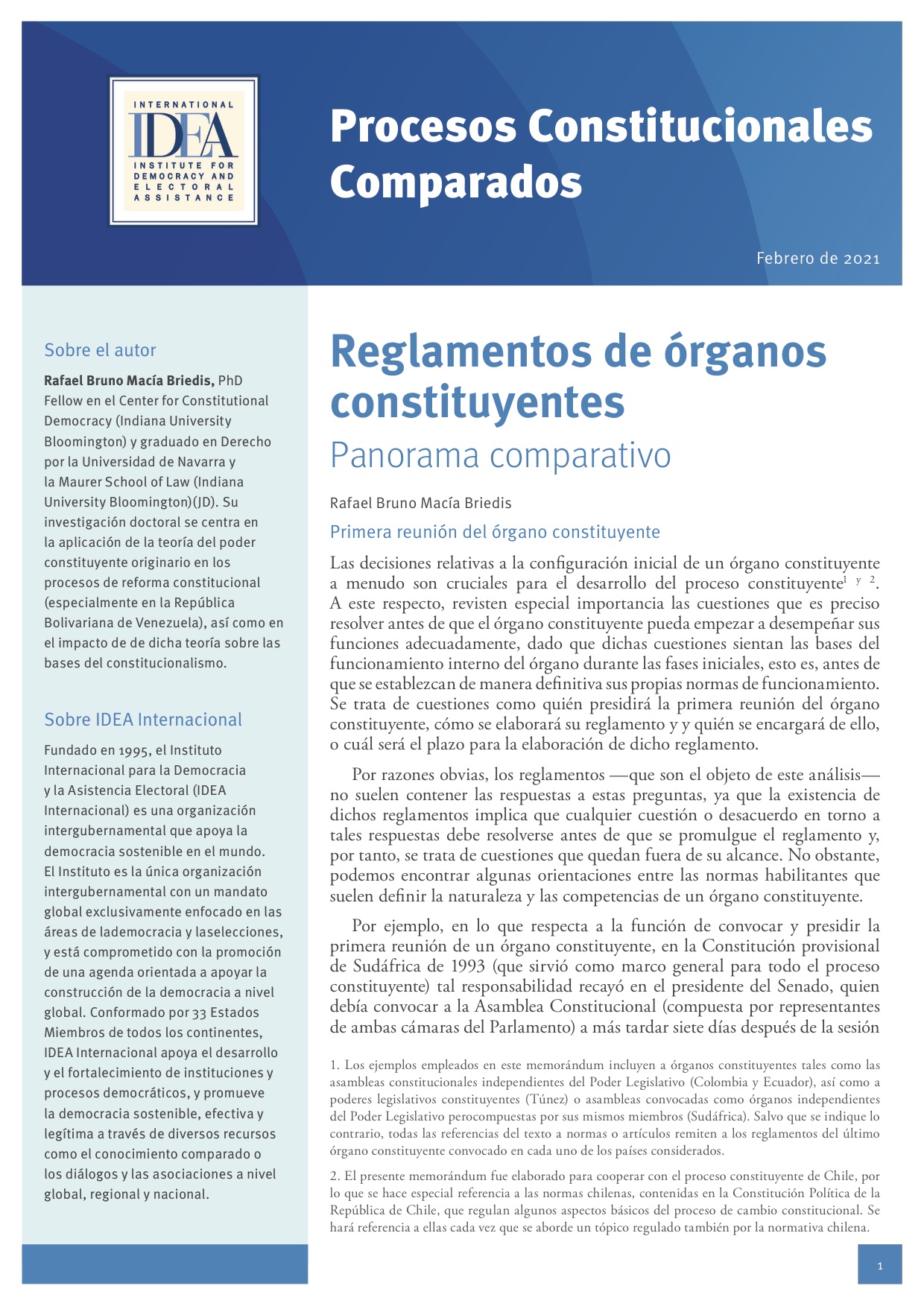 This Guide to Comparative Constitutional Processes, written in order to support the Chilean constitutional drafting process (2021-22), sheds light on the content of the regulations from a comparative perspective. It begins by describing the types of decisions that must be made at the first meeting of the constituent body, including precisely how other constituent bodies have decided on their bylaws. It further describes some of the key elements that delegates from different constituent bodies should take into account when negotiating and drafting their own bylaws, as well as some innovations in terms of constitutional design to overcome the challenges that constitution makers may have to face.