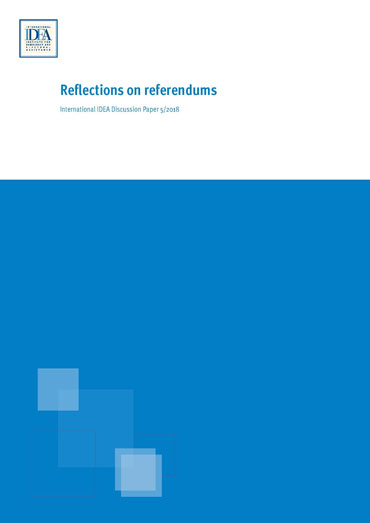 The use of referendums in processes of constitutional formation and change has increased considerably across the world in recent decades.

This proliferation means that referendums have occurred in some of the most fragile and conflict-affected states, where there are many issues surrounding democracy and stability.

It argues that the use of the referendum has come to be seen as both highly significant and potentially problematic, particularly in territories beset by conflict or inter-ethnic division.