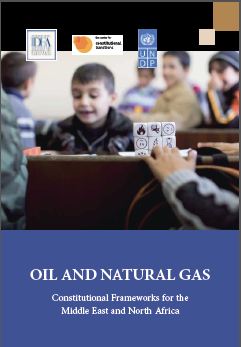 This report; Oil and Natural Gas: Constitutional Frameworks for the Arab States Region, focuses on the relationship between oil and gas and constitutions and is of particular importance to the MENA region because of its significant natural resources. It addresses possible design options for the regulation of oil and gas resources through constitutional provisions to enhance accountability, transparency, fair distribution, and efficiency.