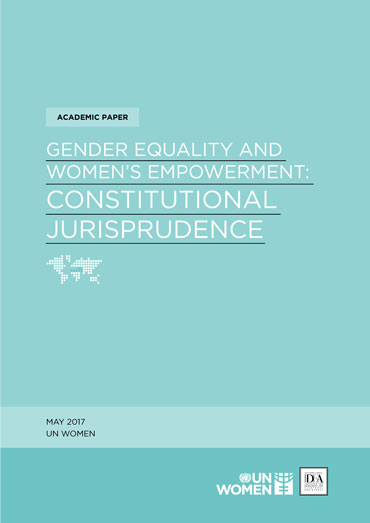 This exploratory study of constitutional jurisprudence on gender equality and women’s empowerment reveals a series of important findings regarding the current state of lived realities for women living under constitutions which purportedly provide for equality between men and women and prohibit discrimination based on gender.

As is well-known, even the best drafted constitutions cannot change the lives of citizens by themselves. Numerous obstacles—including legislative and executive inertia or resistance to change, economic inequalities, social and cultural mores and imbalance of power in government and society—must be overcome before the words of the constitution become meaningful tools for societal change.

However, from the range of cases selected in this study, there are several reasons to be optimistic about progress. Courts have shown themselves to be both progressive and strategic, willing to engage in social context and substantive equality analyses to arrive at decisions in line with the sprit, not just the letter, of the law. Further, the cases demonstrate a wide range of different constitutional provisions which have been referenced to improve women’s equity and agency, beyond non-discrimination and equality clauses.